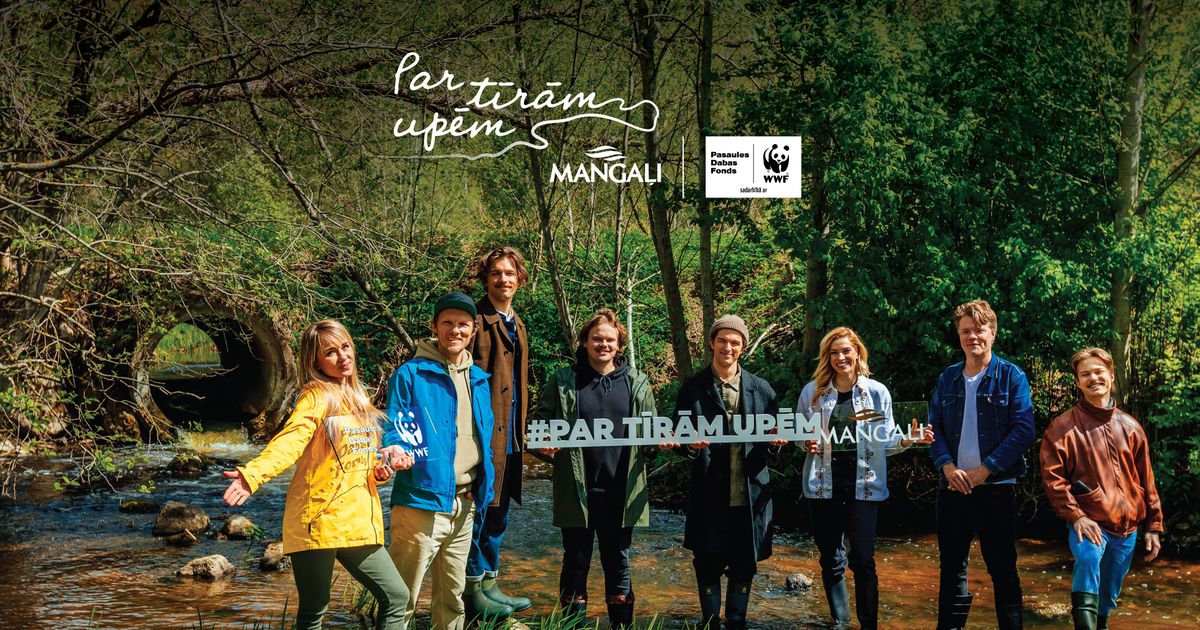 Improving Latvia’s river ecosystem, the World Wide Fund for Nature, along with the Mangaļi mineral water mark, will demolish Latvia’s first dam – the Beja Dam, located on the Alūksne River, under the “For Clean Rivers” and “Open Rivers Program” initiatives. was identified as one of the most troubled dams in Latvia, thanks to public participation last year, when the “On Clean Rivers” project was launched.After the demolition of the dam, clean-up work will also be organized where residents will be invited to they are involved so they can take care of restoration cleanliness and free flow of the river.

“Beja Dam is the only dam in the Alūksne River that is 24 kilometers long, and when it is demolished, the whole river will be cleaned. Currently there is no functional or financial basis for the dam, but removing it will ensure nutrient movement, In addition, the Alūksne River connects with Pededze, which has several sections of quality and valuable rivers, and after the demolition of the dam, it will be easily and fully accessible for fish in the Alūksne River, such as lamprey and Twit, ”he says Magda Jentgen, Head of the Baltic Sea and Freshwater Program of the World Wide Fund for Nature.

When the dam is removed, the river will get its natural bed and flow free again. Fish will be able to migrate and spawn, the water will contain a greater amount of oxygen, the biological particles in the water will decompose faster and the water quality will improve.

The demolition of the dam will take place in several stages: in the first half of summer the water will be drained and in the driest period of the year – in July or August – the dam will be removed. The demolition process will take about a week. Afterwards, a clean-up will be organized, in which everyone will be invited to participate, thus helping to promote the improvement of Latvia’s river ecosystem. After the demolition of the dam, the environmental restoration process will take place, so the river and coastal areas will find a river with rich coastal areas, full of genuine and quality.

Dams, dams and other river barriers block fish migration routes. They often cause spawning losses and declining populations of several species, such as salmon, sturgeon, trout and eels, which affect the wider biodiversity of the ecosystem or the survival of animals such as otters and eagles. Over the last 50 years, the number of migratory fish in Europe as a whole has fallen to 93% * and removing the dam is a way to significantly reduce this decline and restore fish stock. At the same time, free flowing rivers also transport nutrients and other important components that improve river ecosystems and water quality, and also protect the coastal area.

In 2021, at least 239 river dams were demolished in 17 European countries, a record number in previous years. The largest number of dismantled dams is in Spain, with 108 dams removed, more than in Europe as a whole by 2020 (101 dams). In Portugal, Montenegro and Slovakia, on the other hand, the first dismantling in their history was recorded and the hydroelectric dam in Finland was removed.

According to information provided by the population as part of the project “On Clean Rivers”, almost 70 dams located in the Latvian rivers were collected. Of these, experts from the World Wide Fund for Nature assessed and selected 10 dams that prevented river flow and demolition of which in the near future would be important for the improvement of Latvia’s river ecosystem. Three dams were selected, which are planned to be demolished in the coming years – this year it will be the Beja dam in the river Alūksne, but later it was planned to remove the culvert of Pietēnupe at the mouth of the Great Jugla and Creek the. in Sveķupīte near the mouth of Lenčupe.

We are proud and pleased that we will be removing the first dam in Latvia this year as part of the Clean Rivers initiative launched last year. This is an important step in improving the surface water quality of our country. The quality of rivers and coastal areas is important to us and society. This is evidenced by a survey conducted last year, in which 68% of respondents indicated that they were worried about adult pollution in the Latvian rivers, while about half indicated that there was too little talk in Latvia about the cleanliness and cleaning of rivers and. banks. Our goal is to increase the quality of Latvia’s river ecosystems and coastal areas, as well as educate the public on how everyone can participate in Latvia’s cleanup, even with small and simple activities, ”comments. Ilze Auziņa-Grabeca, Marketing Manager SIA Cido Grupa.

More information about the project “About clean rivers”: https://partiramupem.lv/