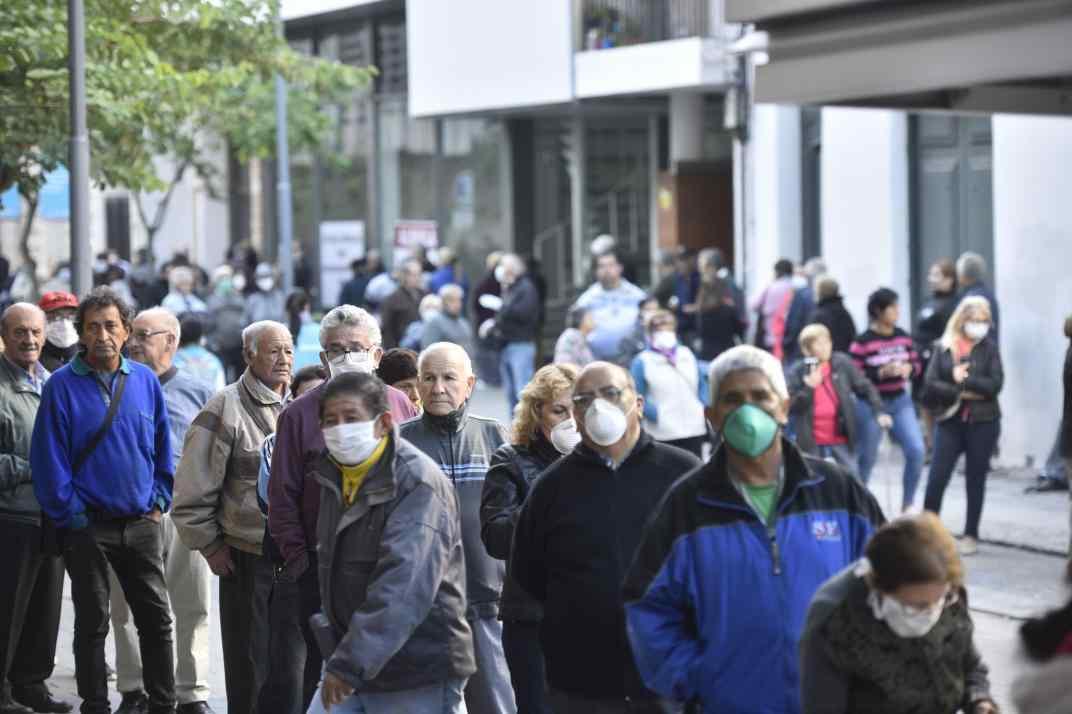 Since the dawn of this Friday, long lines of beneficiaries of the AUH and retired people crowded into banks across the country, despite the general quarantine that has been in force throughout the country since March 20.

Given the possible health consequences that this may entail, the Ombudsman for the Elderly, Eugenio Semino, pointed against the director of the Anses, Alejandro Vanoli, and the secretary of Social Security, Luis Bulit Goñi.

Alejandro Vanoli, holder of the Anses. (The voice)

As a consequence of these measures, many retirees could be affected in their health, both by the coronavirus pandemic and by the cold. According to different sources, some began to queue from two or three in the morning, foreseeing what could happen after several days without banking activity.

In dialogue with Infobae, Eugenio Semino said that “we asked for the resignation of Vanoli and Goñi as responsible. There was no operation to prevent what was expected to happen. Nothing else could have happened other than this. After 15 days without banks Where the March monthly payment was not paid, the branches are opened the same day the Universal Child Allowance is paid. For a retiree, being 15 days without pay is a lot. ”

Semino announced that he will not make a complaint to the Judiciary but rather a request before Alberto Fernández, requesting the resignation of those who he indicated as the maximum responsible.

Semino said that this “was a subject that was invisible. We received between 300 and 400 retirees a day who told us they had nothing to eat, “he lamented.

It is estimated that approximately one and a half million members of the elderly do not have a debit card to collect their benefit through an ATM.

Coronavirus: Accor, PSG sponsor, may not pay the July deadline