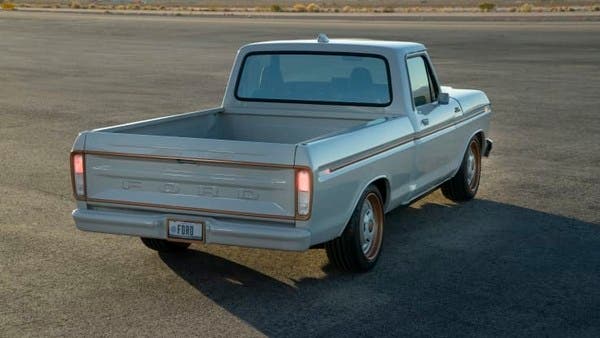 Ford Motor Co. is looking for ways to separate the electric car business from its century-old business, hoping to win the appreciation of investors that Tesla and other electric car makers enjoy.

Sources told Bloomberg that CEO Jim Farley is seeking to isolate Ford’s electric operations from its internal combustion engine business – conventional cars – with the aim of unleashing the new company in obtaining ratings at multiples similar to that of “Tesla”, which gave it a market value close to trillion dollars.

Farley’s idea, however, may face extreme difficulties in implementing it, so Farley may instead simply separate the electric car business internally as its own unit as part of a broad reorganization that seeks to give Ford an edge in the electric age, according to what Al Arabiya.net has seen. “.

Such plans could lose the Henry Ford family, control of the 118-year-old company, which was the fourth car brand in history, the third in terms of development, as well as the innovator of the revolutionary production line method in the automobile industry, which propelled many of the names that It preceded her to adopt her own style in the industry. The family controls the company through a private class of stock, as they fear losing influence over one of the world’s oldest automakers.

The founding family, led by CEO Bill Ford, holds 3 seats on the board.

Although Ford’s stock rose 2.9% after this news, the company confirmed its focus on its plan, known as Ford Plus, to move into the era of electric cars, and said that there is no intention to get rid of its business in the field of battery electric cars.

However, earlier this month, Farley did not dismiss the possibility of separating either operation when asked about the matter during the company’s earnings call.

As Farley sought to maximize the value of Ford’s electric car operations, his vision has evolved over time, from initially thinking of a smaller part, to thinking of a complete disintegration, to now looking at the internal divide, according to Bloomberg sources.

Ford has committed $30 billion to its electric-vehicle strategy through 2025, and is spending another $10-20 billion by the end of the decade to convert factories to building plug-in models. The company plans to produce 600,000 electric vehicles annually within two years and achieve up to half of its sales from battery-powered vehicles by 2030.

Profitability is the toughest challenge

Analysts have said that Ford needs to get rid of its old business model to achieve profit margins for Tesla, which Farley estimated to be more than $10,000 for a vehicle.

Analysts explained that to offset the higher cost of electric vehicles, automakers need a direct sales model, such as in Tesla and Rivian, that bypasses dealers, and automakers also need to cut labor costs.

“Ford is making significant progress in electric,” Morgan Stanley analyst Adam Jonas said in a note to investors in November.

He added: “Old automakers are facing serious challenges from electric vehicles and, in our opinion, will require unconventional measures to address them.”