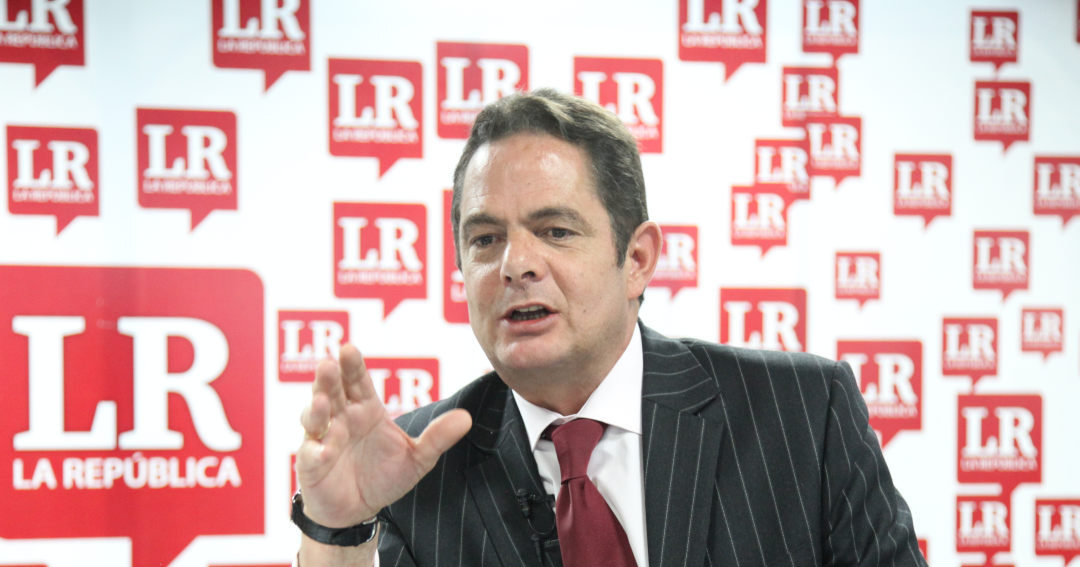 In his usual opinion column for El Tiempo, former vice president Germán Vargas Lleras is launching himself against the Antioquia Business Group, GEA, and said that the time has come to stop “parochialisms.”

After criticizing the “kicking” of the GEA administrators to the OPAs of Nutresa and Sura, through legal demands and media campaigns, he pointed out that Gilinski’s moves are putting to the test the much-vaunted corporate governance of the GEA and are a challenge for managers and independent members of company boards.

“How are they going to reject this new offer without neglecting their fiduciary duties with the shareholders they represent? Hard. This is the true test of the strength and consistency of the vaunted corporate governance. We’ll see. That they do not continue using this argument because they will end up accepting that on purpose they kept the shares undervalued for more than 10 years, to the detriment of the minority shareholders”.

According to the politician, in the end the companies are the ones that will benefit the most. “The mere fact of having removed the heavy burden of a corporate castling called to protect the property of a few will allow them to reacquire their real value.”

“I think that it is now fair and necessary for the country to divest itself of so much parochialism and allow an objective analysis of these operations from different angles and actors,” said Vargas Lleras, stressing that the greatest beneficiaries of Gilinski’s moves have been the small shareholders and the stock market of the Colombian Stock Exchange, whose Colcap index has grown by more than 12%, which shows higher levels of confidence and interest in the stock market.

“Fortunately, the GEA administrators’ kicks through legal demands and media campaigns have not managed, and will no longer manage, to cross an operation that in any country with a mature and serious market would be considered normal and of frequent occurrence ” .

Indeed, Vargas Lleras underlines that the latest offers for Sura and Nutresa have been $40,000 and $42,000 per share, respectively, and that the day before the takeover bid, both shares were around $21,000.

“They have practically doubled. The new ones offer to pay US$9.88 per share for Sura and US$10.48 per share for Nutresa and, naturally, the shares have skyrocketed in value. Who wins? Clearly the shareholders have been the main beneficiaries”.

Vargas also criticizes the assertions of the GEA directors according to which the companies have a much higher value than that offered by Gilinski.

“I do not think so. Let’s see for the case of Nutresa. This company has 458 million shares outstanding. The offer made is for US$ 10.48, resulting in a valuation of US$ 4,800 million. But to get to what analysts define as ‘enterprise value’, or company value, you have to add the debt, which is approximately US$700 million. This gives us a value of US$5,500 million, a figure that divided by the company’s EBITDA, which is US$390 million, leads us to the fact that it has been valued at an EBITDA multiple of more than 14 times, more than that similar companies in the world are worth”, he specifies.

As he explains, without castling, companies will be more attractive to new, and perhaps more global and innovative, investors.

“New ideas and management styles that, building on what has been built, can continue to contribute to the growth of these companies. And it is time to say that Mayor Quintero is overdue to retract his offensives and, above all, false statements about the GEA, its companies and directors,” he concludes.

In a black wedding dress.. Saudi Arabia “Shams Al Ostoura” challenges her groom during her wedding ceremony in Jeddah