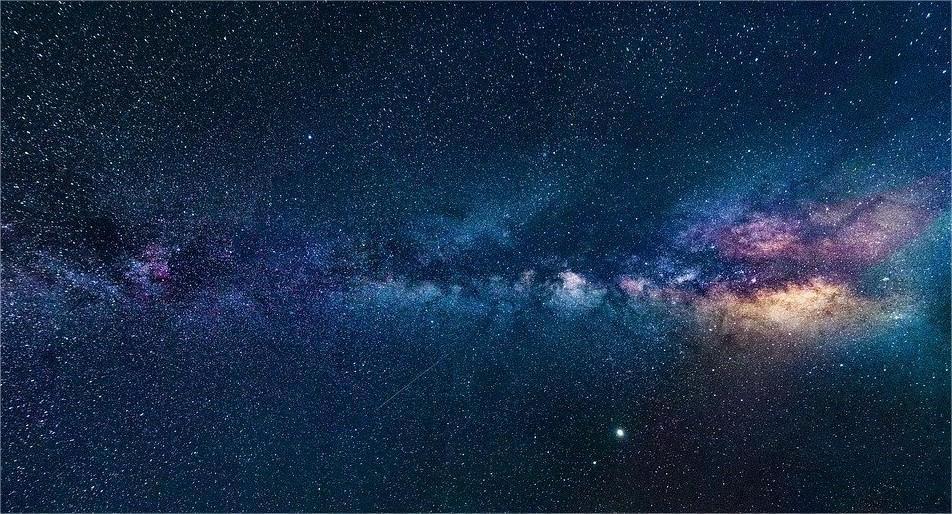 To do galactic archeology, you have to understand what our galaxy has absorbed over time, know its foundations., explains to theAFP Nicolas Martin, astrophysicist at the Strasbourg Astronomical Observatory.

And for that, looking very far in space and therefore in time, as the Hubble Space Telescope does and will soon do by James Webb. Or else find the equivalent of fossils closer to us.

The twenty stars identified by the international team led by Nicolas Martin are of this order. They are among the very first to have been formed in the Universe There are more than 12 billion years, maybe even more than 13, or a few hundred million years after the Big Bang.

Also read. The question of the day. Do you believe in the existence of extraterrestrial life?

A stream of stars

They extend in the form of running (baptized C19), a fragment of stars resulting from a stellar cluster “ which has passed too close to our galaxy and which it has torn apart ”. This rag now stretches for thousands of light years, in the form of an appendage to the Milky Way’s disk.

Astronomers have spotted these stars by their very low metallicity – a measure of the proportion of chemicals heavier than hydrogen and helium in stars.

According to the theory of star formation, the former were fueled only by hydrogen and helium.

As successive generations of stars form, they create heavier chemical elements in their hearts., explains the scientist, main author of the study published Wednesday in Nature. When the star dies, these elements enrich the star gas, which will see the birth of other stars, enriched in turn with heavy elements.

Our sun, a young 4.6 billion years old, is a good example. It contains a little more than 1.5% of these heavy elements – mainly carbon, oxygen and iron -.

The group of stars found by Nicolas Martin and his colleagues contains proportionally 2,500 times less…

Or current models of star formation do not seem to work at such low metallicities, for the creation of star clusters such as the one discovered by the team of scientists.

In other words, theory must now catch up with observation. To date, only one other star cluster, with a metallicity much stronger than C19 but below the theoretical threshold, has been discovered in the Andromeda galaxy.

To identify C19, astronomers searched data from the Gaia satellite, which has so far mapped more than 1.5 billion stars in the galaxy.

They then combined the star currents identified with a program, Pristine, which uses the Canada-France-Hawaii telescope to measure the metallicity of stars. The effort has gone international, with a series of observations to refine their measurements using the large Gemini North telescopes in Hawaii, and the GTC in the Canaries.

The team will now follow two leads, looking at other stellar currents already identified and refining the chemical analysis measurements of C19. With in sight the commissioning of the future European Extremely Large Telescope (ELT) (within five years).

If the stars of C19 do not belong to the very first generation to appear in the Universe, they could have been formed from gas contaminated by the very first.