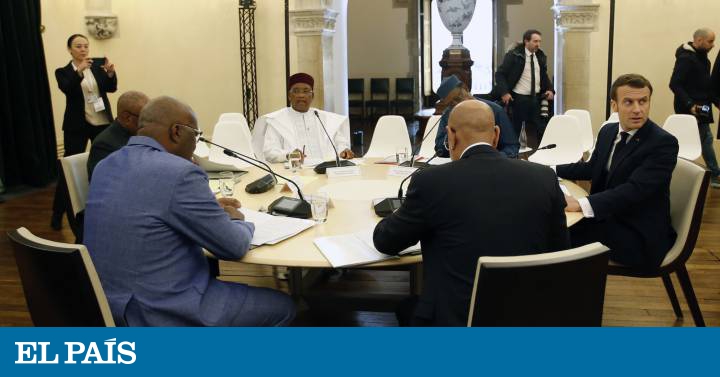 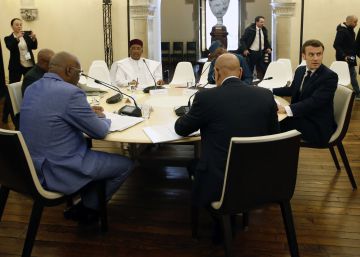 France and the five countries of the Sahel strip closed ranks on Monday before the jihadist push in the region and the outbreaks of anti-French sentiment after seven years of uncertain anti-terrorism mission. At a summit in Pau (department of the Atlantic Pyrenees), President Emmanuel Macron and his so-called G5 counterparts: Mali, Chad, Niger, Burkina Faso and Mauritania acknowledged the recent failures of the current strategy. The leaders agreed to strengthen military coordination, specify the scope of the operation and expand it to other European countries.

“The increase in attacks, the destruction we suffered and the unprecedented humanitarian crisis have challenged us. We must move to a higher stage in the coordination of our operations. The results are below expectations,” said Roch Marc Christian Kaboré , President of Burkina Faso, at a press conference with Macron and Mali’s leaders, Ibrahim Boubacar Keïta; from Mauritania, Mohamed Ould Cheikh El Ghazouani; from Niger, Mahamadou Issoufou; and from Chad, Idriss Déby Itno. “We need rapid military results,” he added.

The objective in Pau was twofold. First, political: to renew the commitment of the five Sahel countries to the French presence and to make them clear that France is there at their request and not with any interventionist zeal. “Do they want our presence? And do they need us? ”Macron reacted in December to protests and statements contrary to the French presence. The message, on the eve of the summit, had the tone of a veiled threat: either the partners were clearing up these concerns, or Paris could withdraw its military.

The summit gave a clear response to this request. “The Sahel G5 heads of state have expressed a desire for the continuation of France’s military engagement in the Sahel and have called for a strengthening of the international presence at their side,” the statement read. Faced with the possible withdrawal of the United States, the text expresses “its recognition” and “the desire for its continuity”

The second objective at the summit was to provide a military response to the deteriorating situation on the ground. In a report to the UN Security Council published in November, the Secretary General, António Guterres, explained that in 2019 more than 1,500 civilians had died in Mali and Burkina Faso and that more than a million people had been displaced in the countries in the region, twice as many as in 2018. Military casualties have also been considerable. 89 Nigerian soldiers were killed in an attack on a military base near the Mali border on Friday. On December 10, 71 people died in another attack on a base in the same country.

Not only will Barkhane – the name of the French operation that started in 2013 – continue in the region, but it will strengthen its military coordination with the G5 under a new name: Coalition for the Sahel. The French president announced the sending of 220 more military personnel, in addition to the 4,500 already deployed.

France, which since the beginning of operations emphasized that it covers a larger space than Europe and that has bases scattered throughout the territory, supported the idea of ​​concentrating on a smaller area. Macron announced at the press conference the creation of a joint command of France and the G-5 to fight primarily the Islamic State of Great Sahara in the border area between Mali, Burkina Faso and Niger.

A key aspect of the coalition will be the presence of a group of European special forces – not just French – dubbed Takuba. The summit was attended, in addition to the leaders of France and the G-5, Secretary General Guterres; the President of the European Council, Charles Michel; and the high representative for the EU’s common foreign and security policy, Josep Borrell.

Macron proposed the summit after the death of 13 French soldiers in late November when two helicopters collided during an anti-terrorist operation in Mali. It was the largest loss of life for the French armed forces in a war scene since Beirut in 1983. The accident was a reminder of the costs to France of a distant war, with no defined objectives or an end in sight. Some commentators compare it, saving the distances, with a French Afghanistan. Seven of the deceased belonged to the 5th combat helicopter regiment, based in Pau. Hence, this city in southwestern France was chosen as the venue for the meeting.