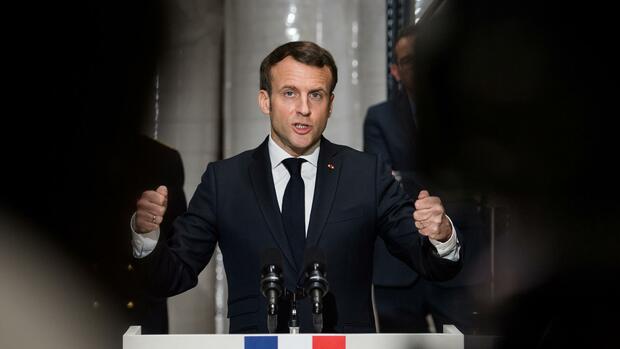 Paris French President Emmanuel Macron ordered on Monday evening in a television speech that the current strict exit restrictions will be extended until at least May 11. In the meantime, there will be no easing. If the epidemic slowed down significantly on that date, which is beginning to emerge cautiously, the rules could then be adjusted.

France counted 14,967 dead in hospitals and old people’s homes on Monday evening. The people who die at home do not count in the Covid 19 deaths. Macron said that hospitals in eastern France and in the Ile de France around Paris are still working on the attack.

With the extension of the lockdown announced by Macron, France is currently the EU country that wants to restrict the freedom of movement of its citizens for the longest time. “We are going through difficult days, tiredness and weariness for some, grief for others,” the President admitted.

For the first time, he also admitted that there had been “mistakes and shortcomings” in responding to the crisis. “We were not sufficiently prepared,” the president practiced unusual self-criticism, but did not go into details.

“Hope is coming back, but nothing has been gained yet.” Macron tried to get the citizens in the mood for another full four weeks without social contacts. You can only leave your own apartment for essential purchases, visits to the doctor and a maximum of one hour’s breath every day. Any kind of meeting is prohibited, as are all excursions. “The May 11 deadline will only be possible if everyone really adheres strictly to the rules and the spread of the virus is slowed down,” announced the head of state.

No exit plan yet

Macron did not reveal an exit strategy, such as that discussed in Germany and other countries. He justified the extension of the exit restrictions by saying that only a small minority of the French had come into contact with the virus. In “many Asian countries” that would have opened up again, the epidemic is coming back. Macron gave no names.

Apparently there are still not enough masks and tests available. The massive recourse to it has allowed countries like South Korea to get through the epidemic lightly and it has allowed Germany to apply less strict rules than its French neighbor.

Macron said that the supply of masks and tests should be significantly better by May 11. Then all health care workers and all French people with Covis 19 symptoms would be tested and then quarantined.

The President flashed a glimmer of hope for the French, who have been teaching their children at home for more than four weeks. The kindergartens and schools should gradually reopen after May 11th. How and to what extent, he did not say.

As far as the economy was concerned, Macron emphasized that all industrial companies that comply with safety and hygiene regulations could work. The problem is that many of them cannot find the protective clothing required for their workforce.

At the same time, the President made it clear that all restaurants, cafes, theaters and cinemas remained closed after May 11th. The traditional cultural festivals in summer could start at the earliest from mid-July, but this is far from certain. Wednesday, the government will decide on further aid for the companies, and there should also be an immediate payment for the particularly needy French.

With other countries, France is working on an app on a voluntary basis that allows contacts to be traced. Before anything could be decided, Parliament should discuss “because our freedoms must not suffer.” At the end of his speech, Macron tried to spread some confidence: “Let us try to reinvent ourselves, to reconcile another project, a French one Project of living together. “