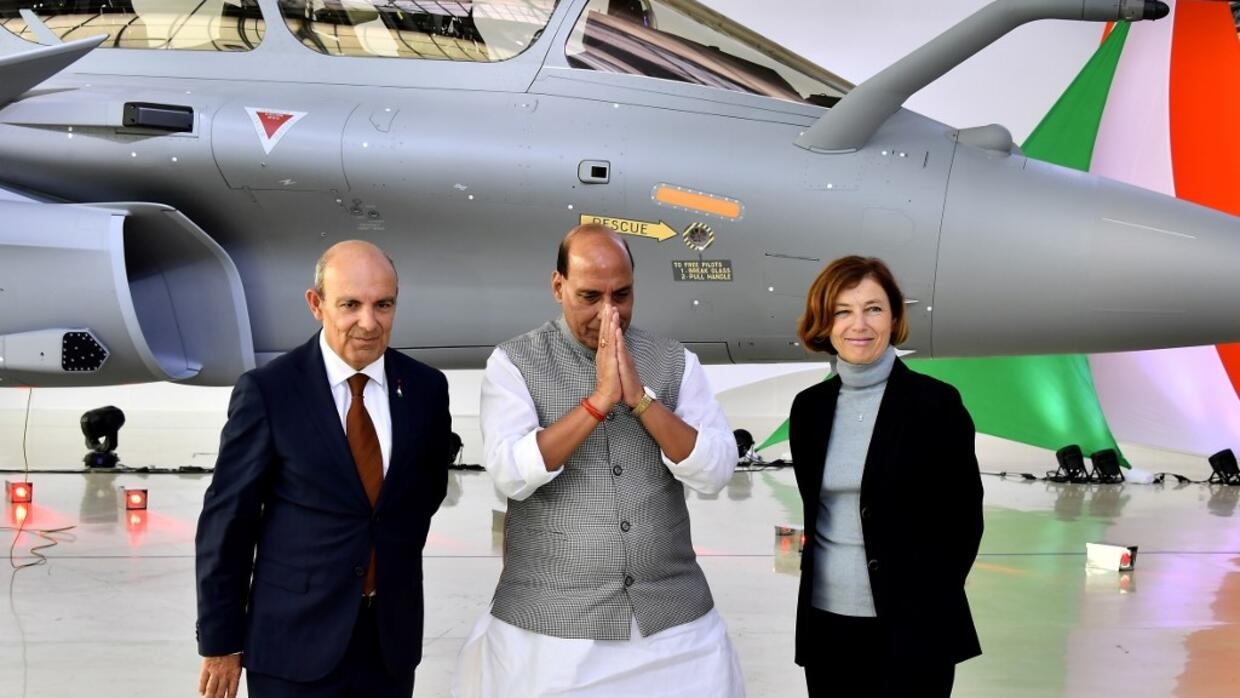 A record that human rights organizations will not fail to denounce: France is now the world’s third largest exporter of weapons. The bulk of sales are made, at the risk of provoking an escalation of conflicts, towards a region which is experiencing many tensions: the Middle East.

Sipri, the Stockholm International Institute for Peace Research, released figures for the 2015-2019 period on Monday March 9, 2020. Unsurprisingly, arms sales worldwide jumped 5.5% from the 2010-2014 period. France is now in the lead, in third position after the United States and Russia.

In the past five years, France has indeed arrogated an increasing share of the world arms market. Its sales of missiles, fighter planes and other warships represented nearly 8% of world exports.

More strikingly, its sales jumped 72% compared to the period 2010-2014. This spectacular increase is largely due to the commercial successes of Dassault and its Rafale fighter or Naval Group and its Scorpene submarines as well as its FREMMs, its multi-mission frigates.

But even if it rose to the podium with 7.9% of the market share, France remains far behind the United States, which total 36% of exports, and Russia with 21%.

Exports to the Middle East jump

The Middle East is the region with the largest increase in arms sales in the world, with imports surging 61% in the past five years. They now represent 35% of world sales. Saudi Arabia is by far the biggest buyer in the region, but also globally since the country is now number 1. Its imports have indeed increased by 130% over this period, despite reports of serious attacks on human rights, especially in its war in Yemen.

France notably exported armored vehicles, patrol boats and missiles to the kingdom, representing 4.3% of Saudi imports, far behind the United States (73%) and the British 13%. The kingdom has historically never been a big customer of France which nevertheless remains a big supplier of armaments in the Middle East.

France has loyal customers in the region: the United Arab Emirates, Qatar and Egypt. Paris has thus supplied Cairo with 35% of its military equipment between 2015 and 2019 with the delivery of multi-mission frigates, Rafale and missiles.

In Qatar, the success of the Dassault fighter plane – 36 aircraft under delivery – allowed the emirate to rise among the top three clients of the French defense industry, after Egypt, but before theIndia, another big buyer of the tricolor armaments.

These sales have weighed heavily on the French trade balance and have made it possible in recent years to reduce the country’s trade deficit. They are, according to French industrialists, essential for the security of the country, because according to them, they allow to maintain innovation and the competitiveness of the French defense industry. An argument that is hardly acceptable to human rights organizations, especially since these good figures for French arms exports should continue in the years to come.

According to Sipri, French exports should therefore be maintained for the next five years, due to the orders already garnered. Beyond that, nothing is less certain. Competition is indeed fiercer in this sector, and China, now the world’s fifth largest exporter, is expanding its areas of influence. Beijing now supplies equipment to 53 countries compared to 40 five years ago.

See also  One country, one author: in Vietnam with Line Papin

► Also read : French arms sales progress, but not in Africa

Two cars “made in Spain” among the best sellers in Europe

Washington coronavirus: “You simply don’t know who will die later,” says a resident of the nursing home