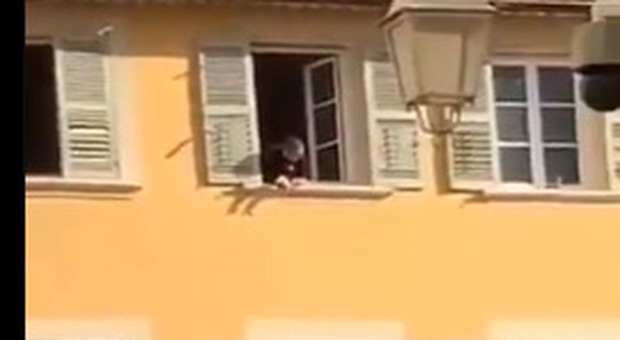 Horror scene today at Toulon, in the south of France, when passers-by on a downtown street discovered a freshly severed head in a cardboard box thrown by a man looking out of his apartment window. According to the local newspaper Var Matin, a patrol of police immediately rushed to spot a man at the window with bloody hands.

The operation that led to his arrest lasted half an hour, the individual did not offer any resistance. The episode took place around 2:30 pm in a very central pedestrian street, in front of numerous witnesses. The age and identity of the victim are unknown and examinations are underway Dna. The possible motives for the beheading are also ignored, even if as of now the police have made it known that “nothing indicates that it can be a terrorist fact, it is a track that can already be excluded”.

Wsh WHAT IS HAPPENING IN TOULON LA ACCORDING TO PEOPLE THIS MAN THROWN A HUMAN HEAD THROUGH THE WINDOW pic.twitter.com/3zozv4vpBu