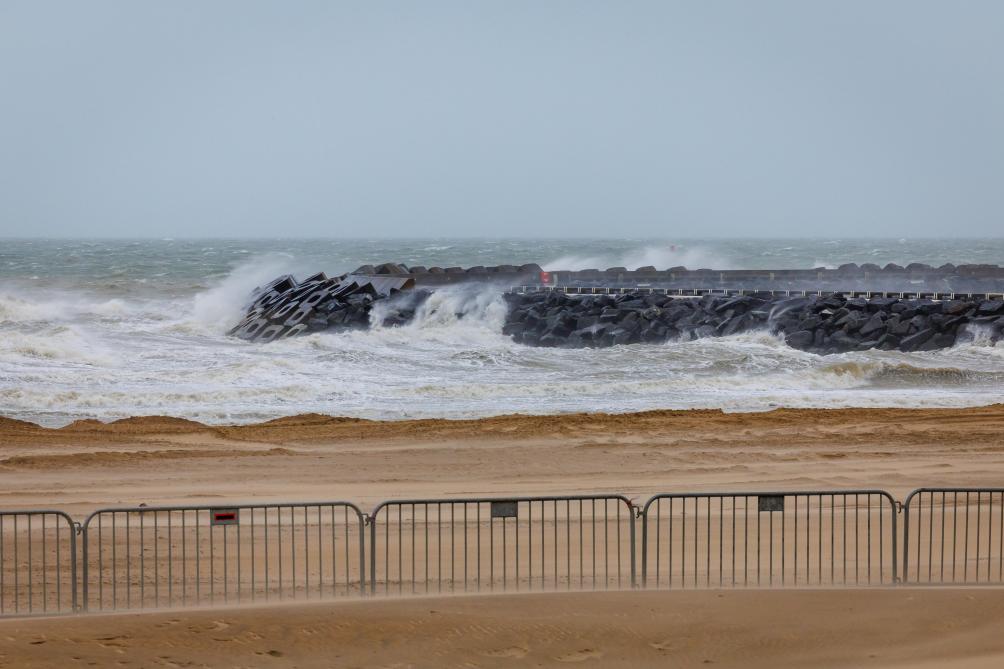 
LThe weather will be very turbulent and changeable on Monday, with some sunny spells and many cloudy fields carrying locally intense showers. The wind will blow strong, so that gusts will reach values ​​of 80 to 100 km/h in the interior of the country, even up to 110 km/h on the coast and even 120 km/h very locally, according to forecasts from the Royal Meteorological Institute (IRM).


An orange alert has been issued for the coast, meteorologist David Dehenauw warned on Twitter. While code yellow is in effect in the rest of the country

In addition, thunder and sleet will still be possible. In the Ardennes, these showers will sometimes be winter with snowfalls that can lead to an accumulation of a few centimeters in Hautes-Fagnes. The maximum will be between 2 degrees on the heights of the Ardennes and 10 degrees in the west of the country.

At the end of the day, the gusts of wind will still be able to push up to 65 km/h, then the weather will become calmer. Tonight and tonight, the tendency for showers will fade and the clearings will widen. In the Ardennes, however, the sky will remain cloudier. The minima will vary from -1 degree on the heights to 6 degrees by the sea.

On Tuesday, cloudiness will increase from the west with rain, especially in the afternoon. The maxima will oscillate between 6 degrees on the high plateaus of the Ardennes and 11 degrees in Flanders. As for the wind, it will strengthen to become quite strong to strong, with gusts that will reach 60 to 70 km/h.

Wednesday will sound the calm, the weather will be dry and calmer with beautiful sunny periods. The thermometer will show between 6 and 11 degrees in a generally moderate wind.

The infrastructure manager Infrabel does not expect any disruption to rail traffic on Monday morning after the passage of storm Franklin. “Passengers must however take into account occasional small slowdowns or cancellations of trains, but there are no more speed limit restrictions,” spokesman Frédéric Petit confirmed to Belga on Monday at dawn.

The speed of the trains had been limited to 80 km / h on Sunday evening in the provinces for which the IRM had issued an orange warning to the winds, in Flanders and in Hainaut in the south of the country.

Two incidents were reported on the rail on Sunday evening, in the province of East Flanders. In addition, the line between Brussels and Ghent experienced delays.

But at rush hour on Monday morning, Infrabel no longer expects any problems. “It seems to be going well for the moment,” according to Mr. Petit.