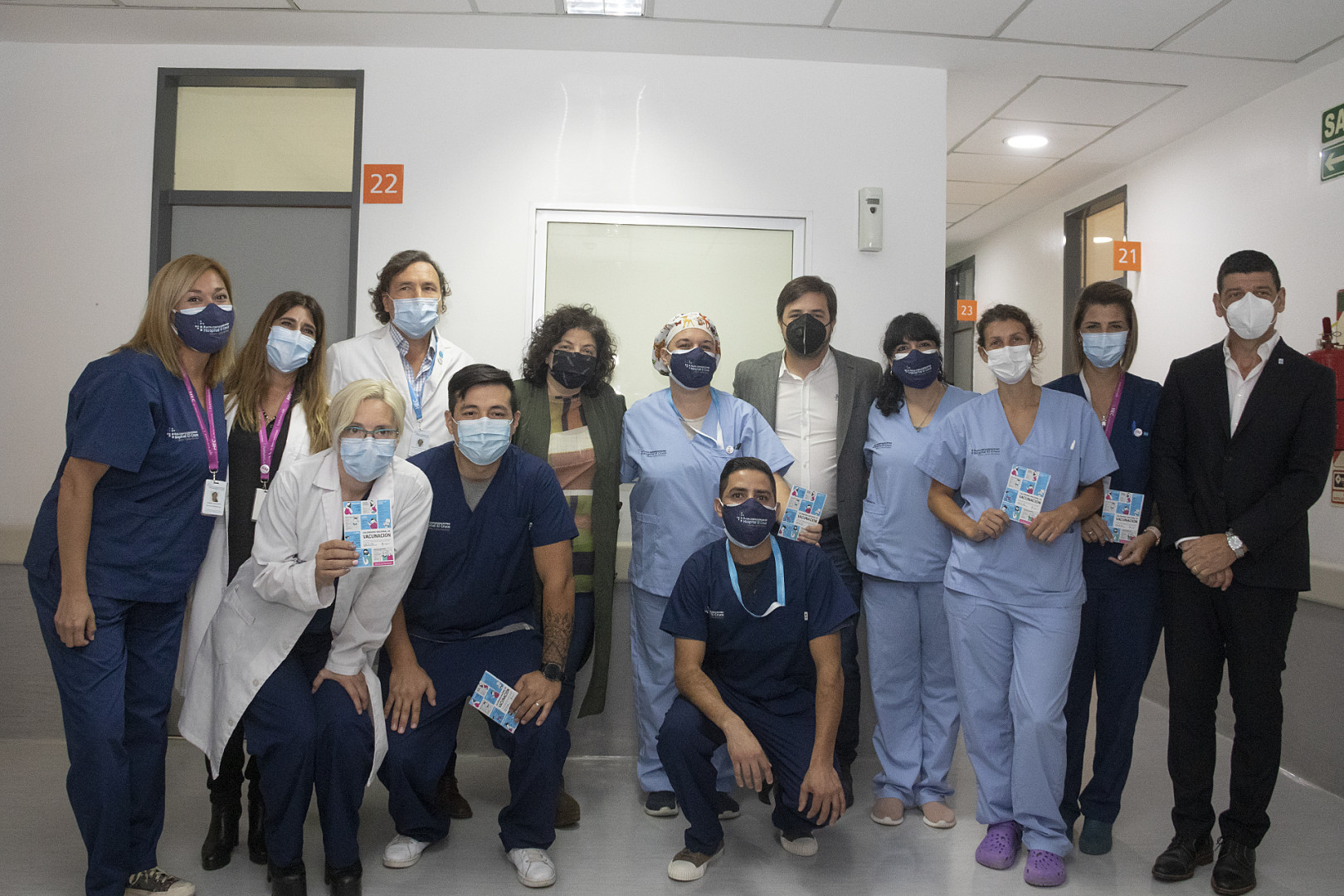 The Minister of Health of the Nation, Carla Vizzotti, and her counterpart in the province of Buenos Aires, Nicolás Kreplak, headed yesterday at the High Complexity Hospital in Red El Cruce “Dr. Néstor Carlos Kirchner”, located in the Buenos Aires town of Florencio Varela, the national launch event for the 2022 flu vaccination, which is aimed at health personnel, pregnant people at any time during pregnancy, postpartum people, the general population from 65 years old, girls and boys from 6 to 24 months of age, and those between 2 and 64 years old and with risk factors.

After indicating that this year “the circulation of the influenza virus was advanced”, Vizzotti highlighted that “we are just beginning autumn, which is why vaccination is very timely.” In front of the mayors of Florencio Varela, Andrés Watson and health authorities of the El Cruce Hospital and the region, the minister stressed that “with the exercise that the pandemic gave us, both in the Nation and in the provinces, we greatly accelerated the distribution of vaccines against the flu so that today we can vaccinate simultaneously throughout the country.”

The national health portfolio acquired 9,600,000 doses of influenza vaccine, of which 1,500,000 are pediatric, with the aim of reducing complications, hospitalizations, sequelae and deaths related to the influenza virus in the population at risk in Argentina. The Ministry of Health of the Nation distributed this week the first 1,112,160 doses in the 24 jurisdictions of the country. The vaccine is free for the groups mentioned and can be applied together with any other vaccine.

“We need to reach the greatest number of people who have indications,” the minister emphasized, adding that “we are working with PAMI and with the subsectors of the health system to reach the target population.”

For his part, Kreplak stressed that “in the face of the increase in flu cases that we are having, it is essential that people who have an indication for vaccination do so. People have to go to hospitals and health centers, to the usual vaccination centers in each district and get vaccinated.” In turn, the head of the provincial health portfolio stressed that the flu vaccine can be applied simultaneously with those of COVID-19.

As part of the launch, doses of the flu vaccine were applied to health workers from different areas of the hospital during the event. Earlier, the national authorities held the first meeting of the Cabinet of the health portfolio developed at the El Cruce Hospital.

Laetare in La Louvière: in full swing, moving tribute to the victims of Strépy-Bracquegnies