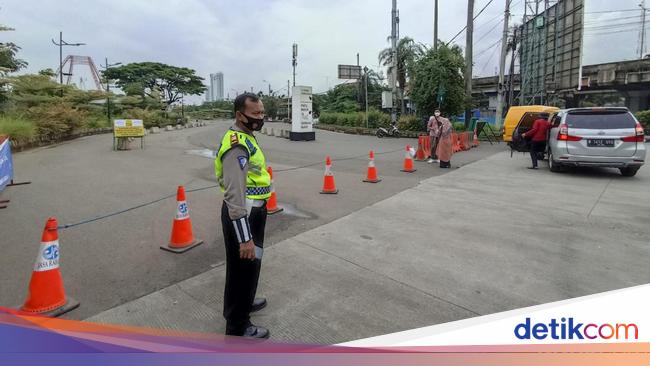 The street race event initiated by Polda Metro Jaya will be held in the Ancol area, North Jakarta, this weekend. Until now, there have been 200 wild racing jockeys who have registered to compete in this street race competition.

“Registration has been open since two days ago and now more than 200 people have registered. This event is a joint exercise, so it’s not a championship,” said Director of Traffic and Traffic of the Polda Metro Jaya Kombes Sambodo Purnomo Yogo at the Metro Jaya Police Headquarters, Jakarta, Friday (14/14). 1/2022).

This street race will be held on Sunday (16/1) tomorrow. The activity will be held in the morning and ends in the afternoon.

Sambodo emphasized that the street race in Ancol this weekend is not a competition. The event was used as a training platform for the motorcycle racing community.

“Later there will be several classes and each class is given time for them to organize their own training. So person A trains with B or C trains with D. Each community will later arrange,” explained Sambodo.

“Later we will arrange it with the community. But we prepare the time at night, for example from 09.00 WIB to 04.00 WIB in the morning. Our roads are closed, please let them carry out exercises. Of course with the requirements and safety standards set by the community,” he said.

“So we empower motorcycle communities, racing communities so that they can work together to manage themselves. We only facilitate,” he added.

Sambodo also said that the location of the street race event in a number of areas other than Ancol had been prepared. Several Traffic Traffic Units in the Polda Metro Jaya area have proposed locations where street races can later be held.

“Several Polres, the Head of Traffic Police, have reported to me the locations that are suitable for racing,” he said.

He added that the increasing number of street race locations prepared by the police will have an impact on reducing illegal racing which is detrimental to the community.

“All Polres will prepare one location. For example, the South Tangerang racing community in BSD. Where are East and West Jakarta. So hopefully they don’t spread out let alone block roads, but carry out activities in places that we facilitate,” concluded Sambodo.

Europe should not let itself be chased in the curtains

CVT Motor Matic Vibrating, Know the Cause and How to Solve It!