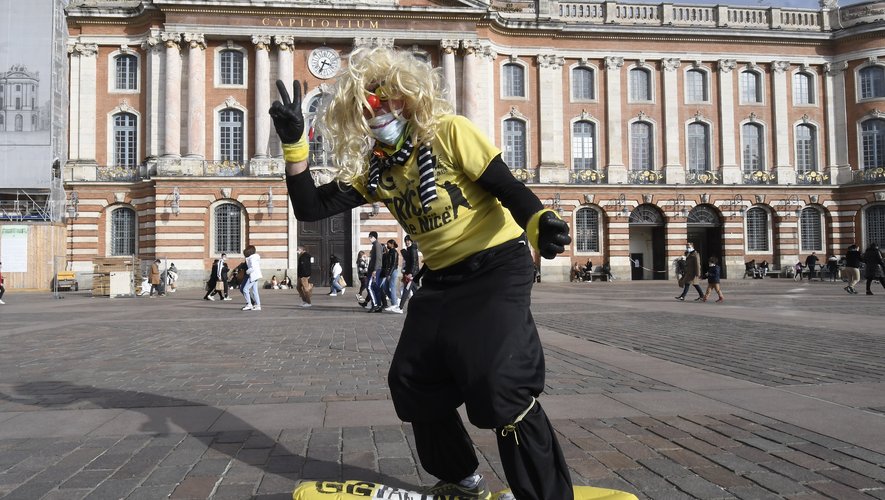 He appears in his car at Place du Capitole where the chorus of cabbage soup recalls the cult film by Louis de Funès. Shaggy hair, smiley glasses, yellow T-shirt and skillfully handled surfboard … Since March 2020, the Toulousain Gérard P. has made the city laugh every day, through his character recreated from scratch around Brice de Nice, this hero launched by the actor Jean Dujardin and taken again to the cinema in 2005. Eternal teenager a little idle, Brice awaits the wave in Nice, from where his board and his name. “I contracted my first name and my last name and that gaveGégé de Nice, admits Gérard, former engineer at Motorola Mobility, dismissed in 2012 when it closed. After so many years of activity, it was very hard at the beginning. I also had two strokes. We had to bounce back and find a reason to continue “.

After a series of odd jobs to get back on track, including the opening of a pizzeria in Muret, Gérard wonders: “I thought about it a lot. I wondered why, after so many physical challenges, all the same fate had chosen to leave me alive. The answer came of itself. I had to make people laugh and bring them a little happiness and carefree. ” Gérard then decides to embark on this comic parody. “I developed this character with the first confinement while everything was at a standstill. I wanted to give Toulouse some semblance of life.” After arriving in his car a little dented, he then begins to perform in the streets, in the squares. “Five characters live around Gégé de Nic e, all cousins. There is the uncle, the half-brother, the aunt, the niece, he explains, green cap on his head and red nose. After the pandemic, I hope to be able to go to nursing homes, nurseries, day care centers, even to stores “. Gérard is happy to give this little urban spectacle, to make people laugh and smile as he walks by, to challenge them. “The public space is also a way of promoting myself, of making myself better known”. Rather well received by passers-by, Gérard invests fully in his role without ever doing the round. “Brice de Nice saved me. I am happy”.