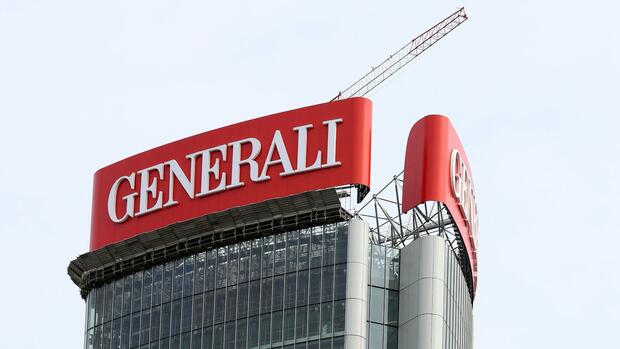 The Generali Tower in Milan

Milan Italy’s largest insurer Generali maintains its goals for next year despite the coronavirus crisis. “Our figures show that Generali is a solid company and can master this difficult situation,” said CEO Philippe Donnet on Friday. Italy is the most affected country in Europe with more than 15,000 reported corona infections.

The solvency ratio, the benchmark for the capital cushion, had dropped to less than 200 percent at Generali in early March due to the turmoil in the markets. At the end of December it was 224 percent. Generali alone holds 62.7 billion euros in Italian government bonds that came under pressure after the virus outbreak.

The plan to spend three to four billion euros on “disciplined acquisitions” by 2021 also remains. “There could also be opportunities in this market environment,” said Director General Frederic de Courtois. Generali has set itself a return on equity of 11.5 percent and a payout ratio of 55 to 65 percent of net income.

In 2019, the return was already at 12.4 percent. Operating profit rose by seven percent to EUR 15.2 billion, and net income was 16 percent above the previous year at EUR 2.7 billion thanks to the proceeds from the sale of some subsidiaries. The dividend is expected to rise to 96 from 90 cents per share.

The Germany subsidiary posted a stable result. While operating profit in the life and health division declined to 406 (2018: 424) million euros, it rose in property and casualty business to 462 (445) million. The property-casualty ratio improved to 89.6 (92.7) percent.

More: The head of Germany at Zurich advises not to panic due to the corona virus.

Under the spell of the pandemic: where medium-sized businesses are now getting corona help

“We are stronger than the problems we face”: Germany offers “unlimited” credit to companies affected by the crisis: local Germany