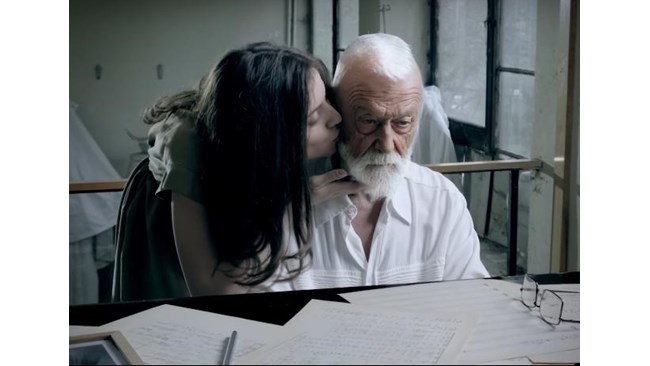 Georgi Hristov is old especially for the plot of the video.

After more than 20 years, for the first time Kalin Donkov gave his poem a song. It allows Igor Markovski to breathe a different life into the beautiful words from “Kiss Me Yesterday”. This is the name of Georgi Hristov’s new song, which will be revealed on his manor day – St. George’s Day. And the video will be released on May 8.

Two years ago, Markovski was named Kalin Donkov, whom he had known since childhood. They meet to get permission to sing in two of his poems. Although the poet has not done so for more than 20 years, this time he agrees. Moreover, he even suggests who they should be, it seems that they both mean the same job. One is “Kiss Me Yesterday”, but the other two are coming. Markovski gave Momchil Kolev the text, which in turn for the first time composed a ready-made text, until now it was always the opposite – he created the music and gave it to someone to write the words.

Six months ago, Markovski asked Georgi Hristov to offer the song. “There are singers who are the only ones, he is an absolute professional. He recorded it five times in the studio, from beginning to end, without tearing it to pieces. When he sang, he nailed us to the wall , he makes such a voice “, says the producer.

And the video is again a musical film, as Markovski does. A beautiful story, which tells a whole human life, recreated by a boy and a girl. At the end of the video appears Georgi Hristov, who is aged specifically for the plot. A month after the video’s release, June 8, a new version will be released, where the singer will already be present in more shots while singing the song.

Eyes in the nails: they are the mirror of our health