KOMPAS.com – Almost all religions in this world have a sacred place, a place of great significance because it has an important role in the history of the spread of a particular religion.

Some places are believed to be the birthplace of the gods, centers of religious leadership, and some are considered the most beautiful places of worship.

Traces of history and its beauty have become a destination for the spiritual journey of its people until now. Where is it?

Here are 10 holy places that are the destination of spiritual journeys from various religions, launching from BBC:

Also read: The Mystery of the City of the Dead, where 10,000 corpses are buried with their belongings

The garden in Lumbini, Nepal, is believed to be the birthplace of Siddhartha Gautama who eventually became the Buddha in 623 BC.

Siddhartha was a prince who left his palace at the age of 29 in search of enlightenment.

Lumbini began to attract pilgrims after 249 BC, when the Indian emperor King Ashoka first traveled there.

The Ashokan Pillar in Lumbini Park marks the king’s pilgrimage and inscribed a dedication to the Buddha.

The Vatican or Holy See is the home of the Pope, the leader of the Catholic Church, and the center of the Roman Catholic church.

The Vatican became an independent state in 1929, but has been the home of the Pope since 1378.

In the Vatican stands St. Peter’s Basilica which houses the tomb of the first Pope, the apostle St. Peter, who was crucified and buried there.

There also stands the Sistine Chapel, Vatican Gardens and the Vatican Museums.

Also read: 10 Horror Places with Tragic Stories of the Past, Which is the Scariest? 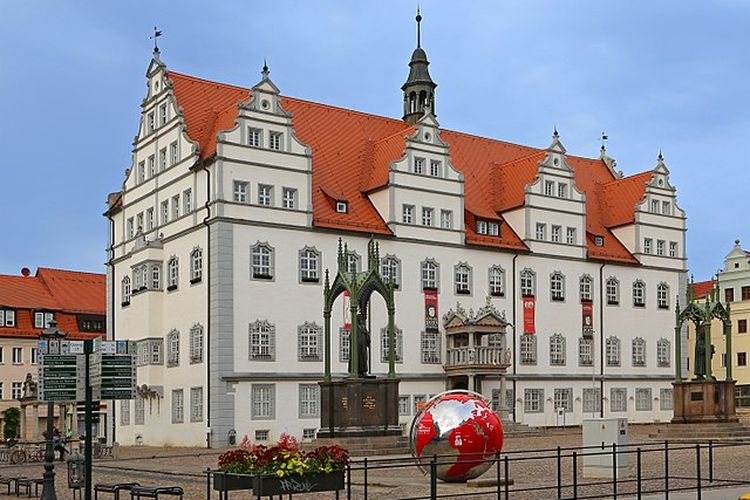 The city of Wittenberg in the German state of Saxony was the birthplace of the Protestant Reformation.

In 1517, Martin Luther challenged the students and clergy at Wittenberg to argue over the Catholic Church’s sale of pardons in exchange for salvation.

Martin Luther wrote the controversial 95 theses of the Power and Efficacy of indulgences, then nailed the pages to the doors of the Castle Church, an act that many believe launched the Protestant Reformation.

Luther was excommunicated from the Catholic Church four years later.

During the 7 year war, most of the Wittenberg area was destroyed, but the Castle Church was rebuilt in the 1800s and the text of Luther’s 95 theses is inscribed on the church’s front door.

Inside the church, there is the tomb of Luther along with the tombs of two other Protestant thinkers, Phillip Melanchthon and Frederick the Wise.

In Wittenberg also stands the site of Luther’s restored home, and the home of Phillip Melanchthon, Luther’s collaborator. Then, St Mary’s Church (or City Church) where Luther preached, married, and baptized his children. 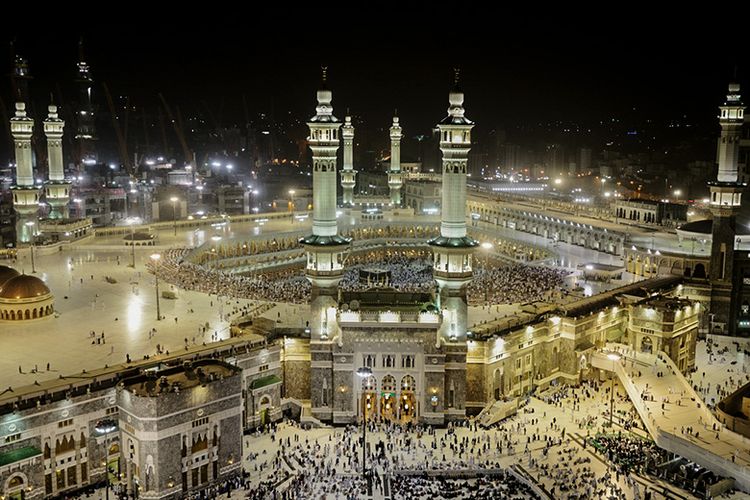 Shutterstock The Holy Mosque in Mecca.

The city of Mecca, Saudi Arabia is the birthplace of the Prophet Muhammad, the last prophet of the Muslims.

Every year, millions of Muslims around the world will make a pilgrimage to Mecca, called the Hajj, with an emphasis on those who can afford it.

Hajj is meant to increase association among Muslims. Therefore, this pilgrimage is very important in Islam.

The pilgrimage to Mecca is included in one of the Pillars of Islam, which states that the pilgrimage is for every adult, at least once in their lifetime, as long as they can afford it.

All pilgrims will visit the Grand Mosque to praise Allah, the Almighty God, in front of the Kaaba, the holiest building of the Muslims. 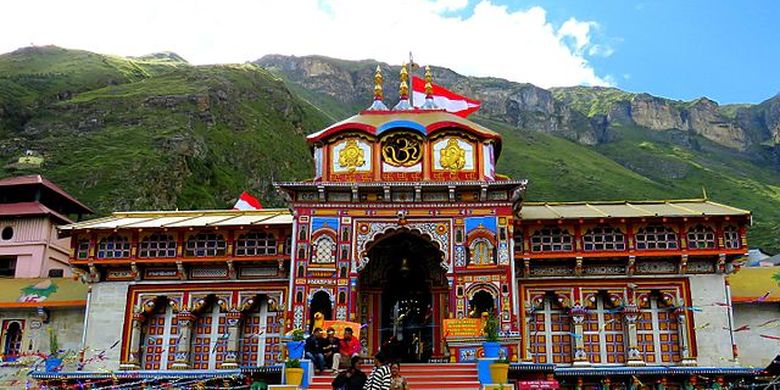 Badrinath is located in the Himalayas, and is the holy place of Lord Vishnu.

Some believe that the Vyas Cave, just outside the holy city of Badrinath, is the place where the Sanskrit epic “Mahabharata” was written.

The Badrinath Temple is primarily a place to worship Vishnu, although other gods also exist.

After visiting the temple, usually Hindus will perform a spiritual cleansing at one of the natural hot springs in the area, Tapt Kund and Surya Kund. 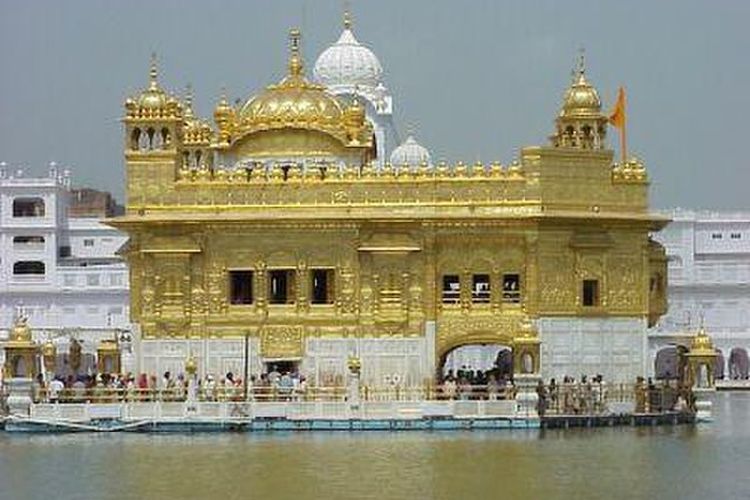 Harmandir Sahib or Golden Temple, is the most important gudwara or temple in Sikhism.

The Golden Temple was built in the early 1600s of marble and later covered with gold leaf.

Inside the temple, visitors can find the Guru Granth Sahib, the sacred text of Sikhism. Around the temple there is a spring called Amrit Sarovar or Nectar Pond.

Inside the Golden Temple is one impressive site, the dining room where volunteers serve food to 3,500 people in need. 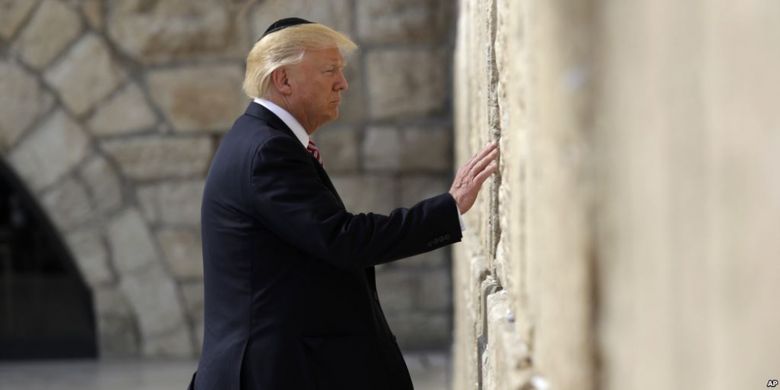 Associated Press Donald Trump becomes the first US President to visit the Wailing Wall, Jerusalem, a holy place for Jews, Monday, May 22, 2017.

Furthermore, the remaining wall, the Kotel, became a place of worship and mourning for the old temples. Thus, the place is often called the Wailing Wall. 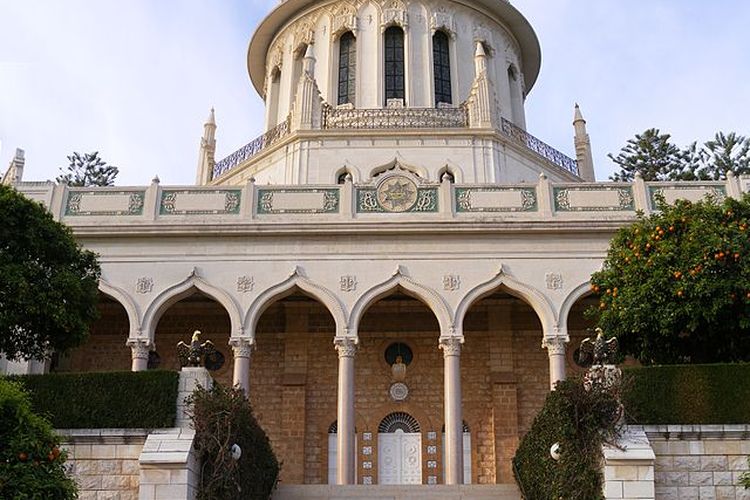 The Bab Temple is located on Mount Carmel, the city of Haifa, Israel, which combines magnificent buildings with beautiful greenery.

The Bab Temple is the burial place of Bab, the founder of a new religion in the 1800s that broke away from Islam and was therefore suppressed by the Persian government.

Bábism led to the birth of the Baha’í Faith. This Bab temple houses the Hanging Gardens of Haifa, a terraced garden designed by Iranian architect Fariborz Sahba. 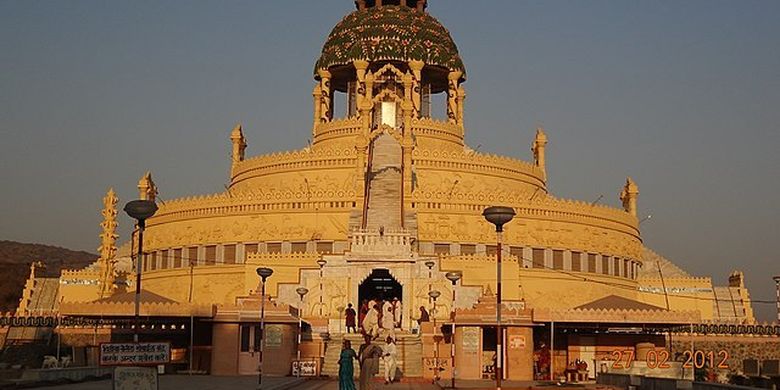 In the holy city of Palitana, Gujarat, India, there is Shatrunjaya Hill, the site of a temple that is an important place of worship in Jainism.

Jainism is a belief system that revolves around non-violence towards all living things, humans, animals, even insects.

Shatrunjaya is a stair hill that stretches as high as 591 meters. Along the way there are 863 Jain temples of marble, which are the holiest places in the world for Jainism. 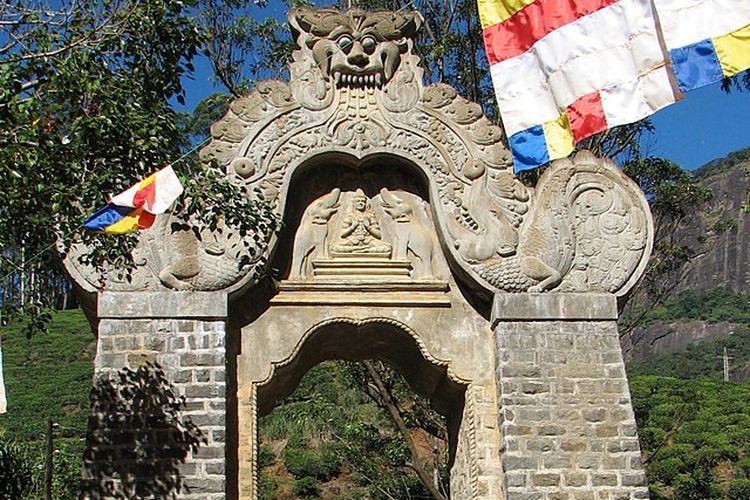 Sri Pada is a beautiful mountain in the middle of an island in Sri Lanka.

Maybe that’s why 4 different religions in Sri Lanka consider the peak of Sri Pada as a sacred site worthy of being a pilgrimage destination.

A rock formation near the summit at Sri Pada takes a different form in each belief system.

For Buddhists, the rock formations are the footprints of the Buddha. Muslims believe it is a trace of the Prophet Adam.

Also read: 10 Mysterious Places in the World, Which Makes You Most Intrigued?