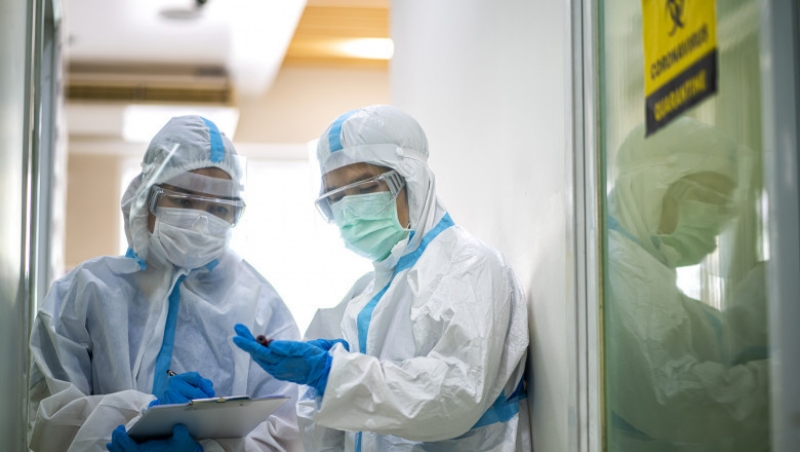 Many vaccinated and less careful. In winter, we could face a double epidemic: influenza and Covid, experts warn.

Covid changed our lives. And, indirectly, it has affected some stable phenomena, such as the classic seasonal flu epidemic. Although last year’s flu epidemic was almost non-existent due to strong restrictions on the fight against coronavirus, this year there could be many cases.

This aspect is highlighted by a study published in the journal “Nature”, which examines the evolution of influenza and other infectious diseases, writes La Stampa.

Among children, for example, there were no cases of the flu last year, while rhinovirus episodes were reduced by a third. This year, the situation is different, as explained by Alberto Villani, director of the pediatric department at the Children’s Hospital “Bambino Gesù” in Rome, and there are already patients with adenovirus and other respiratory viruses, in a percentage equal to that recorded so far during the entire pandemic.

In addition, the first real cases of influenza have already been reported in Italy, Turin and Milan, as temperatures drop.

Last year, there was a substantial flattening of the seasonal flu curve in autumn and winter 2020-2021 in all countries. In Italy, for example, there were 2.4 million cases of flu-like illnesses, but the flu virus that season was not isolated.

This year, the scenario is different: a large part of the population (over 80% of people over the age of 12) is vaccinated against Covid and various restrictions have been dropped.

Pier Luigi Lopalco, a professor at the University of Salento, says that “the relaxation of the measures will be associated with a greater number of flu cases than last year”.

“The thought that our immune system has changed or weakened significantly and that the flu or other infections may attack us more frequently or more severely is a fairly distant hypothesis in my opinion,” the expert said. may cause major damage.

But another phenomenon may occur: “Because, on average, the flu does not hit us every year, but every four years, next fall and winter there may be an excess of cases that did not occur last year, in a kind of recovery effect “, says Lopalco. However, he added that we should not expect more cases than in the pre-pandemic seasons.

In conclusion, there will probably be a flu, but it is not known how strong it will be, and hospitals will have to deal with two epidemics. That’s why it’s a good idea for everyone to get vaccinated, both against Covid-19 and against the flu, “and you can do it at the same time without any problems,” adds Lopalco.

“In addition to the vaccine, maintaining certain precautions, such as wearing a mask, spacing and frequent hand washing, will continue to protect us. What causes the flu epidemic, the strong circulation of the virus, is a combination of factors: low temperatures and the state in the house, along with social contacts, the fact that we meet. Even when vaccinated, masks and distance reduce the risks “, Lopalco concludes.