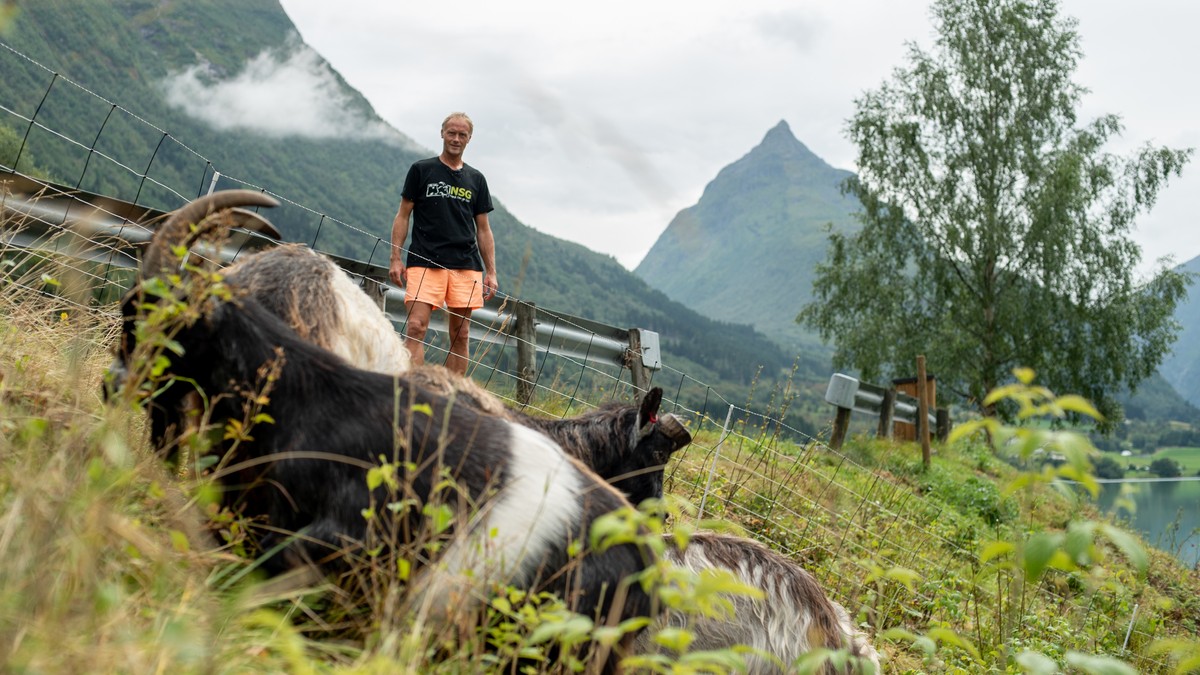 Norway is growing again. Along many roads it is hardly affordable to see the view, and both tourists and locals despair. Now the Norwegian Public Roads Administration is stepping up the fight against overgrowing, and is hiring a slightly unusual weapon.

– Here it was over my head with bushes and bushes. We did not come down to the lake once, told farmer Vidar Sandal.

One up the bush in four weeks

Now all road users can see the lake at E39 in Gloppen in Nordfjord. The recipe was Sandal’s goats. The greedy domestic animals have eaten most of it. The recipe for success will now be tested by the contractor Mesta, on behalf of the Norwegian Public Roads Administration.

The contractor has now received permission to order 13 goats that will be allowed to continue clearing the forest in this area.

According to the farmer, goats are the best forest clearers there are. He gives it four weeks before the landscape will look completely different.

The case was first mentioned by Firda Tidend.

The Norwegian Public Roads Administration is satisfied with the work of the 13 goats.

– This is a pilot project and it turns out to work well. Our new employees seem to be particularly effective in keeping the vegetation down, says project manager at the Norwegian Public Roads Administration, Lars Erik Karlsen.

The Road Administration’s machines do not reach far from the road, something that some towns lead to poor visibility along Norwegian roads.

The range of the bucks, on the other hand, is impeccable.

The work is now being evaluated, and the Norwegian Public Roads Administration admits that the goats can expect more assignments.

A few years ago, the contractor Mesta felled the forest in this area.

Not long after, the growth sprang up, something that hindered visibility for road users on the stretch of road.

After permission from the landowner, contact Mesta the goat farmer.

– This is pure volunteer work. It is demanding to set up a fence. We must have a greater commitment to this, but it requires political will, he says.

Over time, landscape geographers have warned that the cultural landscape in Norway is growing again.

This in turn leads to poorer road safety.

Twice a quarter of a year, the contractors of the Norwegian Public Roads Administration carry out edging along the national roads.

Pastures that grow also produce many of the insect and plant species that are completely dependent on the cultural landscape.

also read: See how Norway has changed in 100 years

Monkey B virus; The first death has been confirmed in China.