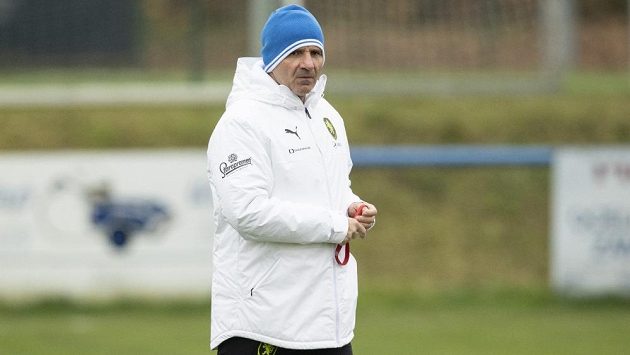 Coach of the national football team under 21 Karel Krejčí.

Substitutes also passed the tests, but coach Karel Krejčí does not have to deal with cuts on the roster. A complete selection, including Pilsen midfielders Bucha and Šulc, will travel to Slovenia at 3 p.m. Due to the increased number of positive results of coronavirus tests, duels in Sparta and Zlín were postponed to Victoria in recent days, and the entire team had to isolate.

“The quarantine ends for them to be on board the plane on Monday,” Martin Gregor, a spokesman for the under-21s national team, said last week at an online press conference on Wednesday. It happened! in Prague-Uhříněves, missing.

The national team under the age of 21 passed the tests for COVID-19 as part of their meeting with a negative result and will fly to Slovenia with all 23 nominated players ???????????? # u21euro pic.twitter.com/RGja9lAVVX

“Of course, we are glad that the first tests for coronavirus at the event turned out to be positive and we can go to EURO with a complete team. We didn’t have to make any adjustments to the staff, which could be another complication shortly before the tournament. Despite the fact that the preparation time is extremely short and we are going to the first match with Italy after two joint trainings, “said coach Karel Krejčí.

The national team will fly by air from Prague to Ljubljana, from where they will move to Celje, where they will spend the entire championship and play all the matches in the basic group.

For the first training session at the stadium in Celje, the Czech youths will run on Tuesday at 18:00. A day later, at the same time, he will embark on the opening battle of the tournament against Italy. Three days later, they will challenge the home Slovenes and end the group on Tuesday, March 30, with a duel with advocates of European gold from Spain. The two best teams of the group will enter the June playoffs.