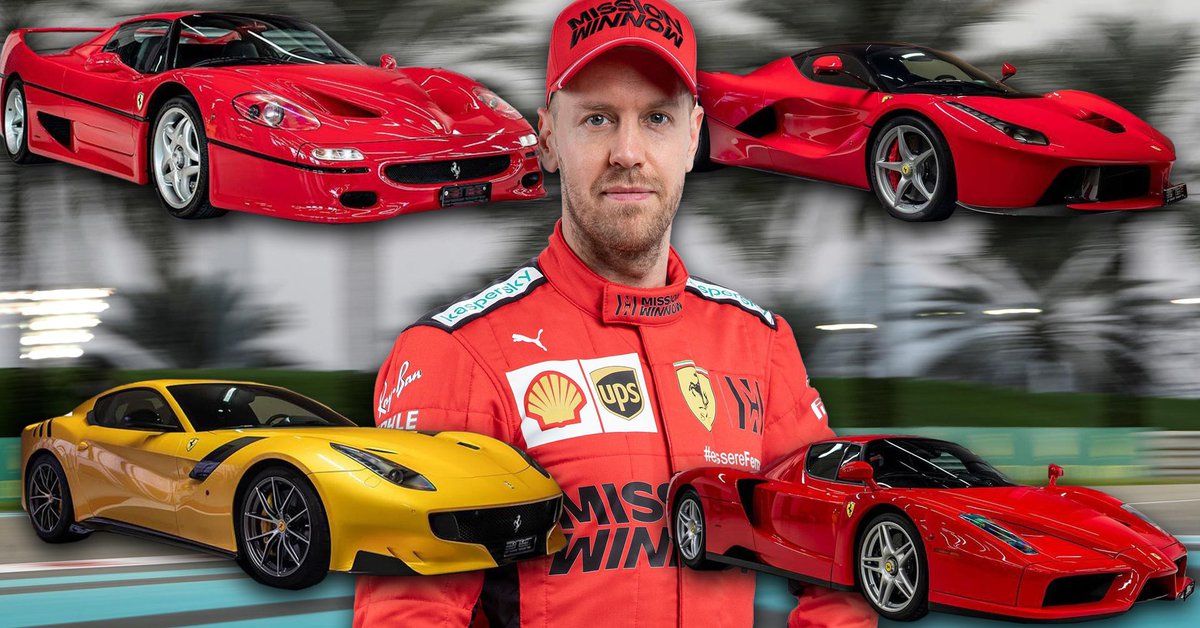 After seven seasons in Ferrari, everything indicates that the German pilot Sebastian Vettel does not want to have any kind of link with the Scuderia. Shortly after starting your cycle with Aston Martin and its sixteenth season the Formula 1, the four-time world champion has decided to put on sale several luxury cars from his collection, including five from the Italian brand.

The publication of these copies that belong to the German pilot corresponds to the British company Tom Hartley Jnr, a dealer specialized in high-end cars, which has announced all these machines as a novelty in its catalog.

“We are delighted to be able to share with you some of our latest acquisitions, all direct from the collection of the four-time F1 world champion Sebastian Vettel. All these cars are located, registered and registered in Switzerland”, They wrote in the publication, which also has a short description of each piece.

They are not ordinary vehicles. Some even have special details, like embroidered Vettel logo on the headrestsas they were specially designed for him. And while the reasons for the sale were not disclosed, as reported by the agency DPA, just coincides with his departure from the Scuderia.

After disputing 118 races, in which he achieved with 14 wins and 12 poles, the stage of the German pilot of 33 years at prancing Horse It ended. Vettel you already have your mind set on Aston Martin (ex Racing Point) and has even already been seen by the factory of Silverstone. From there he will seek to return to his best version to return to the privileged positions in the highest category of motorsport.

THE PHOTOS OF SEBASTIAN VETTEL’S CARS FOR SALE

MORE ON THIS TOPIC:

Maradona’s Porsche 911 is auctioned in Paris: what is the estimated price of the luxurious convertible

They revealed the impressive salary that Lewis Hamilton will receive in 2021: the abysmal difference that he makes from the other drivers of Formula 1