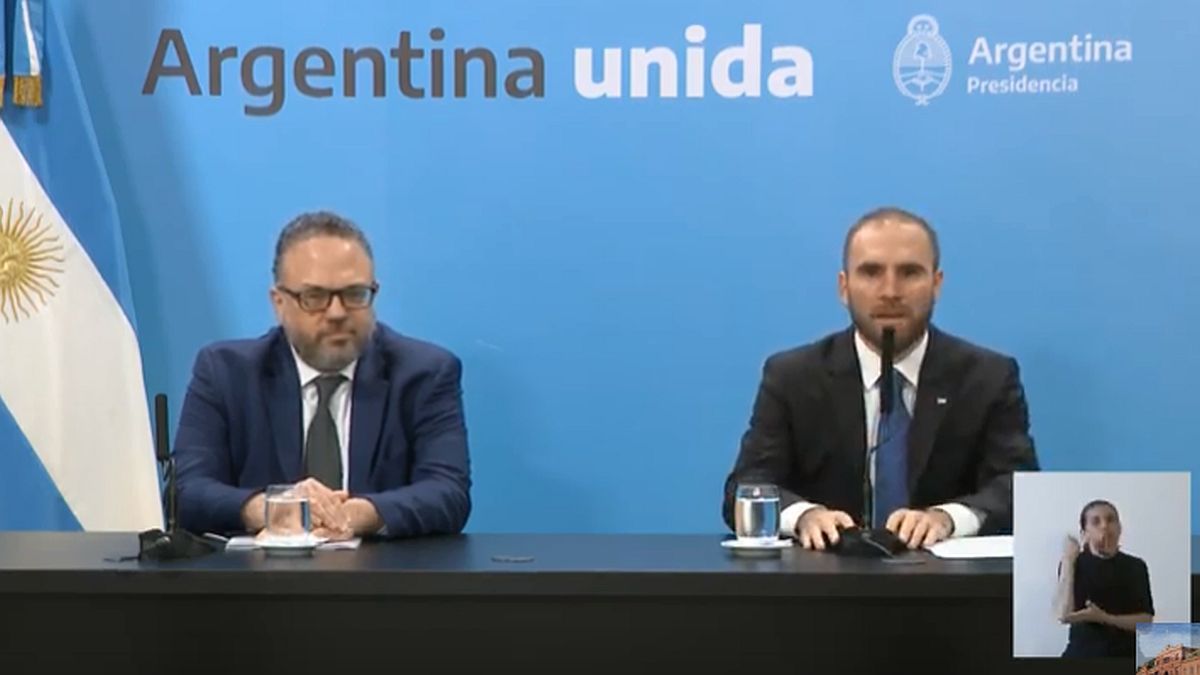 The Minister of Economy, Martín Guzmán, announced today the expansion of the Repro, subsidies for companies “so that they can pay a part of the salaries of the employees”.

“We announce measures to guarantee work and supplies” Guzmán said today, in the company of the Minister of Productive Development, Matías Kulfas, during a press conference at the Government House

The first announcements this afternoon were by the head of the Anses, Alejandro Vanoli, and the Minister of Social Development, Daniel Arroyo, and included an extraordinary bonus of 3,000 pesos for those who receive the minimum retirement, as well as a reinforcement for the same amount for those who receive social plans, among them the AUH.

Decisions are being made in the government minute by minute due to the uncertainty generated by the presence of the coronavirus in the country.

Among the measures to be announced in economic matters would include more soft loans for SMEs, postponement of tax payments, according to speculation in sources close to the Government.