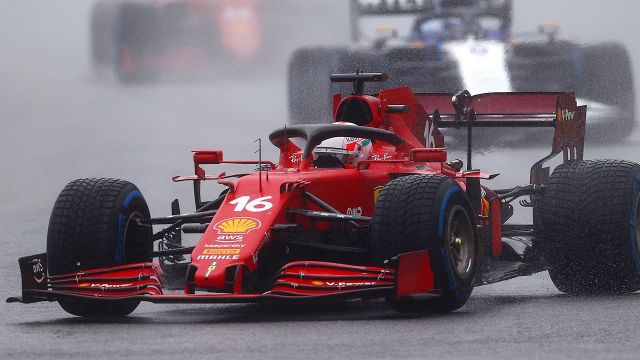 The ‘non-existent Grand Prix’ in Belgium will remain in the annals of the history of Formula 1: in the most incredible (non) race of the year, Charles Leclerc he earned two points, the result of his eighth place. Eleventh in qualifying on Saturday, the Monegasque found himself in the top ten thanks to penalties by Bottas and Norris and to the accident in the alignment lap of Perez.

“The management of the race direction it was right – explained Leclerc -. We started trying with these conditions, but it didn’t go well. Then, in the second part, we tried to restart and the regulation that exists led us to get points. I think it was okay to try one more time, but it sure is very strange to have points for a race that has never started “.

Also Carlos Sainz he criticized the awarding of points: “I really don’t think so must give for a competition that has never been held, for my half point I’m not happy, I don’t deserve it. The only aspect I could agree on was to try to go out to assess the track situation, but we saw that we couldn’t drive. Certainly, not to follow the rules and get the points in this way, because that way they don’t have to be awarded ”.

Also for the Spaniard, the race direction made the right choice: “The conditions were too difficult, nothing could be seen. When you go at 300 km / h and you don’t see anything, you can’t drive in these circumstances, because you risk too much, even more so on a track where big accidents can happen ”.