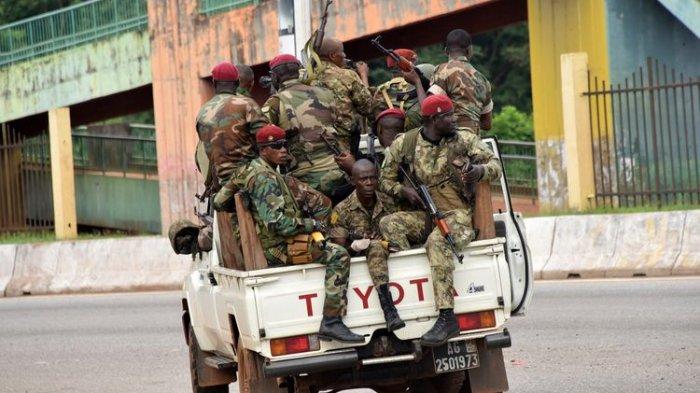 TRIBUNNEWS.COM – The soldiers who seized power in Guinea over the weekend have been consolidating their takeover.

They will place military officers in the top eight regions of Guinea and various administrative districts.

Quoted from reuters, it is known that West African countries threatened sanctions regarding the overthrow of President Alpha Conde.

Regional leaders will meet to discuss this on Wednesday (8/9/2021) tomorrow.

The leader of the troops, Mamady Doumbouya, promised a transitional government with national unity.

Mamady calls it a new era for governance and economic development.

However, he has not given further details about the plan.

Conde and other top politicians were detained during Sunday’s uprising.

They are not allowed to leave the detention center.

For information, the detention is the third since April 2021 in West and Central Africa.

Also read: Guinean President Couped and Kidnapped by Military for Changing President’s Constitution Can Have 3 Periods

Also read: What Was the Deadly Marburg Virus Detected in Guinea? Here’s the origin, transmission and symptoms