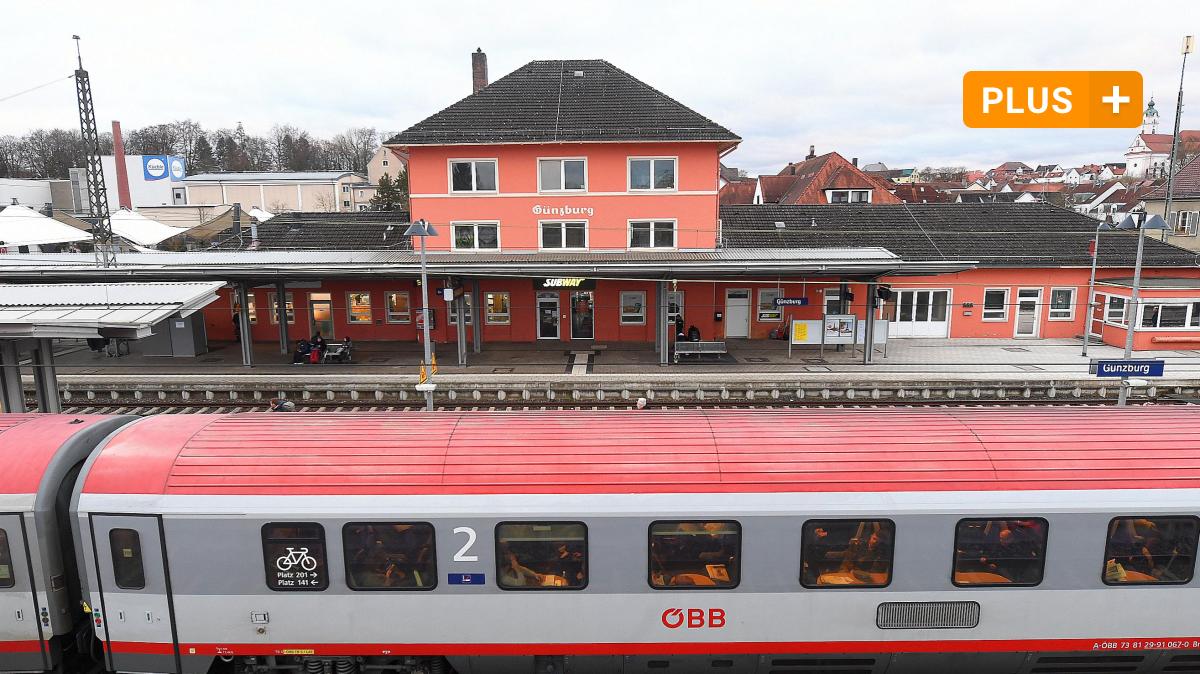 A 32-year-old goes to Frankfurt am Main to buy drugs. At the Günzburg train station, the police arrested them. Was she just a consumer or more? Now she was on trial.

The Günzburg train station on May 9, 2020, 10:50 p.m .: A woman from the Günzburg district and her partner arrive by train from Frankfurt. In the body of the then 32-year-old, wrapped in a condom in a paper towel, there are 9.35 grams of heroin. Both get out – they
police she is already waiting and arrests the woman for the time being. An inspection officer
Günzburg had discovered the two by chance on the train and informed their colleagues. Because the couple is well known to them.

The woman was now in front of the Günzburg District Court for illegal possession of narcotics. In the past few months, there had already been several heroin-related lawsuits in the region (we reported). The indictment: The woman had carried 9.35 grams of heroin with her without permission, which is a “not small amount”. Assuming consumption units between 0.2 and 0.3 grams, as the police inspectorate Günzburg explained when asked by our editorial team, that was almost 50 units of the drug, with excipients.

The heroin had been diluted with several substances

The woman had already been noticed by the police in advance because of similar offenses: an official from the Günzburg inspection now testified as a witness that heroin had already been found in the car of the accused’s partner in her presence in 2019. During a further check, the drug detection dog had hit, but the officers had none at the time
Drugs can find.

On May 9, 2020, during the inspection at the office, the officers were initially unable to find any. But they had enough suspicions and were certain that the defendant had smuggled drugs. Therefore, the woman was taken to the hospital for examination. But immediately before that, she admitted that she had about ten grams of heroin in her body. She admits this through her lawyer Matthias Egger during the trial. It was 1.52 grams of pure heroin, diluted with various substances such as paracetamol or caffeine.

See also  Husband of suspect Sandra H.: 'I had an affair with Ichelle' | Region

Man gone, job gone: this is how women became addicted to drugs

Daniela König, chairwoman of the lay judge’s court, questioned during the trial: Didn’t the defendant think how dangerous it is for your own health to smuggle drugs into your body? “To be honest, no. Otherwise I wouldn’t have done it, ”replied the woman. When the apartment was searched, syringes were also found, said König. But these are not hers, countered the defendant.

The now 33-year-old slipped into heroin addiction two and a half years ago, she reported at the hearing: When her husband left her, she was alone with three children. She had to give up her job as a cashier at a gas station because she had no one to look after her children.

The son is in a foster family, the daughters with the grandparents

It all started with the drug at a party: Heroin was offered there for the first time. To get supplies, she went to Frankfurt. She has been using heroin nasally for two and a half years. “When I didn’t want it anymore, it was too late.” She tried several times to quit, but suffered several setbacks. She tried for a long time to keep her addiction a secret. The amount of heroin that she and her partner fetched in Frankfurt and had with them at the Günzburg train station was only intended for personal use.

She has already applied for therapy and has been to the drug clinic several times
Caritas been. The woman currently lives on 352 euros Hartz IV a month and lives in an emergency shelter near Günzburg. She has debts of 20,000 euros, and she has to pay 30 euros a month to the state justice fund because she lost her driver’s license. Others take care of her three children aged nine, eleven and 15: she has no contact with her son, who is being placed in a foster family. Their two daughters lived with their grandparents. “I want to get my life under control, for myself and my children,” she emphasized.

So far, the woman of the judiciary had not yet noticed

In his plea, the public prosecutor called for a prison sentence of ten months on probation with three years probation and 50 hours of community service. For this she should get a probation officer at her side, “to get back on track”. For the defendant speak that she has not yet appeared under criminal law. The prosecutor assessed the detailed account of her life and the confession as positively as the fact that the heroin was only intended for personal consumption and she had already submitted a request for therapy discussions.

The defense emphasized that 1.52 grams was “a hairpin” above the threshold for a less severe case. “The appropriate punishment will be somewhere between eight and ten months,” said lawyer Matthias Egger – but on probation, as it was only a matter of personal consumption. In addition, there are no criminal entries, and the woman’s confession speaks for her. The defense attorney spoke out like the prosecutor for community hours and a probation officer.

In contrast to the state attorney and lawyer, the jury did not assume that the case was less serious. Accordingly, the verdict was sharper: the woman is considered guilty of having been illegally in possession of narcotic drugs in no small amount. The lay judge sentenced her to one year and three months suspended prison sentence. In addition, the defendant has to do 80 hours of community service, continue the counseling sessions at Caritas Günzburg and complete addiction therapy.

See also  Justin Bieber warned his wife that he could not be faithful. At least in the early stages of a relationship

“The court is of the opinion that there is no less serious case,” said judge Daniela König. She stressed that the defendant “worked as a drug courier” because she had carried the heroin in her body. This makes her stand out from the crowd of drug users. In addition, the “accused is also entangled in the criminal milieu from the court’s point of view”. Last but not least, heroin is one of the dangerous narcotics. And the accused had been “warned” because she had come into the police’s field of vision several times.

Due to special circumstances, however, the sentence was suspended, said König: It was initially a matter of personal use, which had just exceeded the small amount. The confession and that the woman had no criminal record are also extenuating circumstances. The long threat of punishment should motivate the defendant to successfully complete her therapy. The 33-year-old can appeal the judgment.