The new Moto Guzzi V7 is even more refined and comfortable was born after many years of model success and is now equipped with a new 850 cc engine capable of unleashing 65 horsepower and guaranteeing brilliant performance in the saddle.

The new V7 is more comfortable and better equipped, while still maintaining the character and authenticity typical of the Moto Guzzi heritage. And so, after more than 50 years from the launch of the first model, the Mandellese house close to its centenary is proud to present the new and important evolution in the history of the V7, a symbol of Italian motorcycles recognized throughout the world.

The renewal is profound, the progressive numbering in Roman numerals, which had characterized the various evolutions of the model since its return to the market in 2007. There are two versions available, the progenitor V7 Stone, the most essential, with contemporary contents, and the V7 Special, with its classic and elegant lines. A new Guzzi engine, which derives from that of the V85 TT, the Italian enduro presented last year. It is the most recent and modern drive unit built in Mandello, which guarantees better performance and greater overall efficiency.

The maximum power increases by 25%, passing from the previous 52 HP at 6200 rpm to the current ones 65 CV at 6800 rpm Maximum torque also increases, from 60 Nm at 4250 rpm to 73 Nm at 5000 rpm, with more than 80% of the torque available already at 3000 rpm. Compared to the previous version, the new V7 is more complete in equipment and shows a higher maturity, the aesthetic impact of the larger engine with generous exhaust pipes with different layout also demonstrates this.

New side panels, the rear fender is shorter, and together with the new exhaust system, they give a more appearance seductive at the “half past eight”. Steel elements have been added to the frame in the area of ​​the steering head, new shock absorbers and also the double-height seat, for greater comfort. 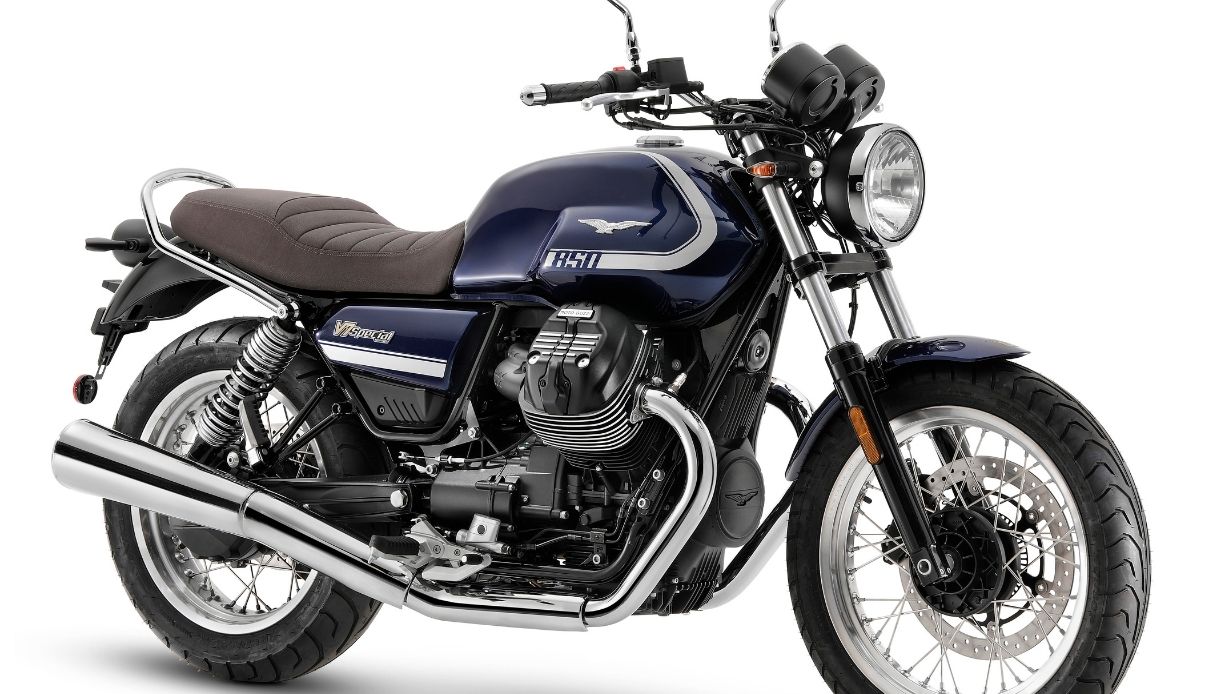 Moto Guzzi after more than 50 years presents the new V7 in the Special and Stone versions – Source: Press Office