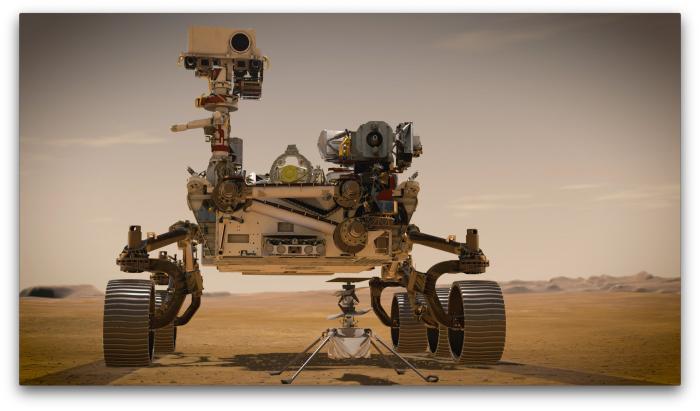 Sunday, May 9, 2021 at 10:13 AM – Despite being around 225 million kilometers from us, NASA’s Mars Exploration Team, made up of the Perseverance rover and the Ingenuity mini-helicopter, continues to grow. string together the discoveries and the firsts. The most recent to date: recording the sound of Ingenuity’s blades in flight.

1% is the density of the atmosphere of the planet Mars in comparison to that of the Earth. To take off and fly a machine there is a feat. NASA successfully accomplished this mission since a total of five flights have been performed by Ingenuity since its arrival on the Red Planet. During the fourth, Perseverance reserved a pleasant surprise for the team of scientists: a sound recording of acceptable quality of the helicopter’s blades cutting through the Martian air.

Image of Ingenuity on its fifth flight, photographed by the Perseverance rover. Credit: NASA / JPL-Caltech

Such a low density of atmosphere makes the takeoff and the flight of machines more difficult. This is why Ingenuity achieves this thanks to an intense revolution of its blades of 2400 revolutions per minute. However, this density, comparable to that found at an altitude of 30,000 meters on Earth, also means that sound has a weaker travel capacity. This is why NASA decided that it would be surprising to hear any sound coming from Ingenuity. The team also conducted several tests and simulations that confirmed their hypothesis. At best, she expected a thud. Located 80 meters from Ingenuity, Perseverance was unexpectedly able to record a soundtrack in which the wind blowing over Jezero Crater is heard, followed by the hum of the helicopter rising into the sky. . The NASA propulsion lab team then performed a few manipulations, including isolating certain frequencies, to achieve a clearer end result. You can hear it all in the video at the top of the article. This discovery is very important for understanding the atmosphere of our neighboring planet. 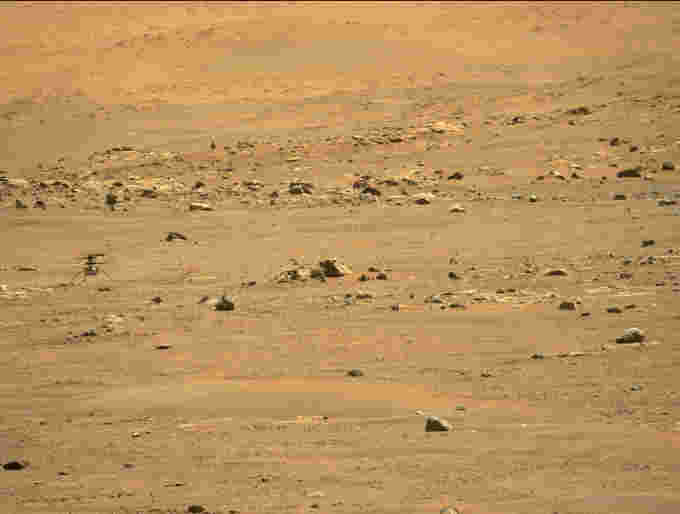 Image of Ingenuity after its fifth flight. Credit: NASA / JPL-Caltech

Ingenuity’s successes on the Red Planet allow NASA to extend its mission by 30 days. Indeed, the helicopter was not only able to rise in the sky of Mars on five occasions, but it also managed to cover at least 260 meters by air. The fifth and final test to date was Ingenuity’s first one-way ticket. We can therefore say that his first challenges were successfully met. These flights were part of Ingenuity’s primary mission. Now he can move on to his second mission, which is to support Perseverance in his search for ancient life on Mars. Unlike the rover, the mini-helicopter is able to cross obstacles on the ground and observe a wider horizon. By taking off, Ingenuity will be able to find the best ways to help Perseverance complete its scientific research. However, the days of the helicopter are numbered since the flying machine was not built to withstand the extreme temperatures found on Mars for long.

YOU MAY ALSO LIKE: A radio signal opens the door to important discoveries