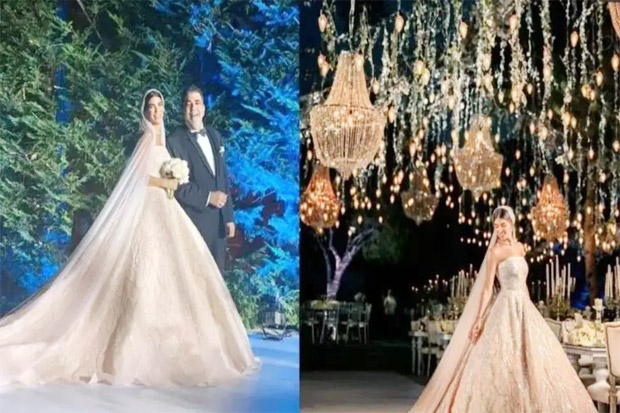 BEIRUT – Luxurious wedding of a representative’s daughter from Hizbullah sparked controversy among the people Lebanon , whose main priority is to secure the necessities of life amidst the collapse of the state and the ongoing socio-economic crisis.

The lavish wedding of the daughter of former Hezbollah deputy in parliament, Nawar al-Sahli, angered many Lebanese, who expressed their strong condemnation on social media.

Netizens have attacked Hezbollah’s policy of asking its supporters to stick around, while its representatives enjoy the money and spend it on parties and weddings.

Social media users judged that spending large sums of money on weddings, as happened to al-Sahli’s daughter, goes against the principle claimed by the party, stressing that it is a provocation to people who are on the verge of poverty.

Lebanese websites circulated video clips of the ceremony, which showed great lavishness in terms of party decorations, wedding dresses, estimated at thousands of dollars, drinks and other details.

On the other hand, al-Sahili broke his silence and commented on the uproar. She claimed that her daughter’s husband took care of the costs of the ceremony, and she had no idea that the marriage would endanger Lebanese citizens, apologized for what happened as quoted from Al Arabiya, Thursday (29/7/2021).

But this apology was met with wider reverberation and even greater outrage, especially as it occurred during the unprecedented shortage of medicine, electricity and many other economic crises that befell Lebanon.

For months, Lebanon has been under the brunt of deteriorating economic conditions and a stifling political crisis, and the economy is on the verge of collapse after decades of mismanagement and corruption.

Read also: Hezbollah: US causes all suffering in Lebanon

Tv, slips the switch off of digital terrestrial: more time to change televisions

Floods are also a social tsunami