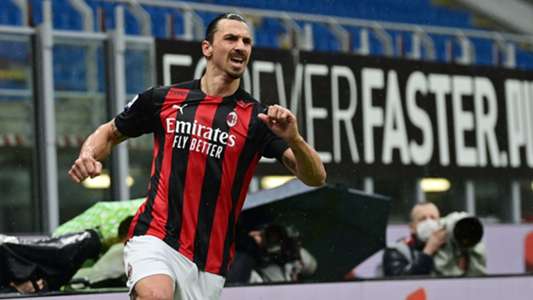 Zlatan Ibrahimovic has cracked the magic mark of 500 competitive goals in club football. The superstar celebrated this with a little dance.

Italy’s sports gazettes outbid each other with superlatives, but the addressee of the hymns of praise initially remained Nordic-cool. “That’s my job. It just means that I’ve scored a few goals in my career,” said Zlatan Ibrahimovic after scoring 500 and 501 goals in competitive European club football.

It was only in his own four walls that he celebrated his own personal record with a little solo dance to the sounds of the Balkans. The short video was made at Instagram clicked hard.

It took the otherwise eccentric superstar 21 years and 825 games to set his record. The now 39-year-old striker cracked the magic mark of 500 goals with two rather unspectacular goals for AC Milan in an undisputed 4-0 home win over the bottom of the table FC Crotone.

And because the Swede remained so unusually taciturn, the media paid homage to the Scandinavian all the more. “Ibra is a divine striker and his actions remain fatal,” commented the Gazzetta dello Sport, the Corriere dello Sport noted martially: “Ibra is a man eater who sets one record after another.”

Will Ibrahimovic lead Milan to their first championship title in ten years?

In fact, Ibrahimovic’s goals make a significant contribution to the fact that table leaders Milan can dream of their first championship title in ten years. No surprise for coach Stefano Pioli: “He helps the whole team to grow from game to game. He’s just a champion.”

And so a contract extension beyond the summer is definitely a realistic option. Even if Ibrahimovic’s body doesn’t always play along. Due to a protracted muscle injury, the striker missed nine games between November and January.

Only Cristiano Ronaldo with more goals than Ibrahimovic

If the superstar is fit, however, he continues to demonstrate his class on a regular basis. Despite the injury-related forced break, only his eternal rival Cristiano Ronaldo has currently scored more goals than Ibrahimovic.

Another reason why coach Pioli is hoping for a further collaboration with Ibrahimovic: “Given his performance, it would be right for him to continue playing. He should do it with us.” But it is also clear: The decision is made by “Ibra”. And only “Ibra”.

Winners of the Annual Prize for Literary Criticism are released

Who comes to the train and when?