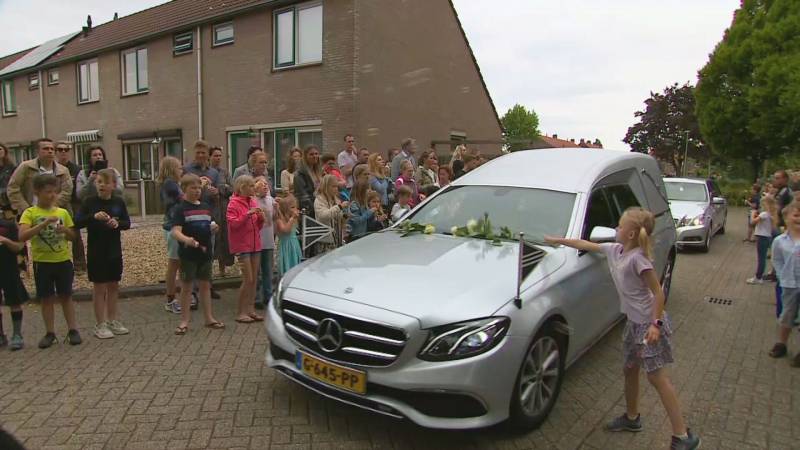 More than 200 people paid their last respects in Geldermalsen this afternoon to a 38-year-old mother and her 6-year-old son who died as a result of a family murder last week.

Attendees formed an honor guard for the procession and threw flowers on the basket. The bubbles also blew. The initiative in Hague’s honor comes from the 6-year-old boy’s elementary school. Several students and parents were also in the farewell. After the honorary lag, a private funeral service followed in Tiel.

An honorary woman, a friend from Belarus, was greatly affected by the deaths of Dani and her mother Anna. “That’s very sad. I tried to call her on Monday, but she didn’t answer. I thought she had her phone turned off,” she told Omroep Gelderland. “It’s just incomprehensible,” says another woman.

Missiles Ukrainian troops while hiding in a trench – Tribun Timur