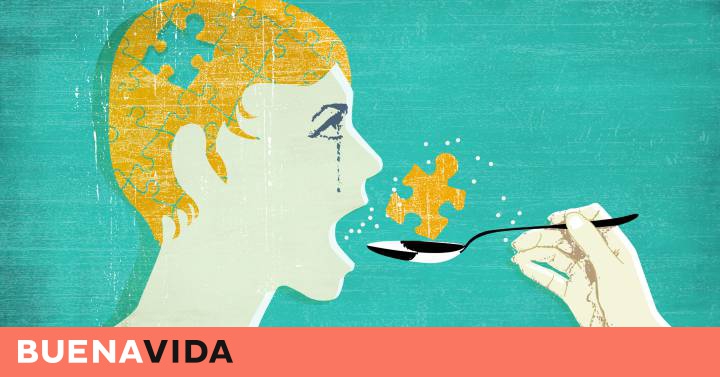 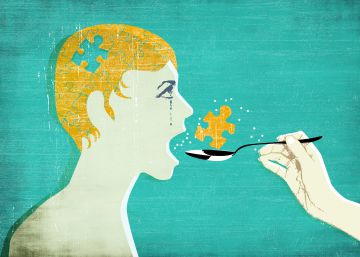 In recent times, neuroscience is revealing exciting secrets of the brain, but it is also spreading some confusing ideas. For example, Eric Kandel, Nobel Laureate in Medicine, has stated that “the brain builds our sensory experience, our thoughts and emotions, and it controls our actions. “It is easy to interpret these kinds of statements in such a way that we relegate the human being to a kind of biological robot, a being incapable of changing himself. Logic says otherwise, and the ability to learn shows that we do not it is so.

We are not biological robots

It is true that the associations that are made in daily life, based on previous experiences, give rise to automatic reactions such as habits, which sometimes help and others become sources of conflict that must be resolved. Those automatic reactions have a cerebral physiological correspondence, yes, but it is a serious mistake to believe that the brain itself produces these habits. It is as if we study the muscles of the hands in action and we conclude that the hands decide what to grab and what not.

Sometimes it seems that you have no control over your thoughts or emotions, maybe that’s where the confusion comes from, but in fact, many scientific studies are showing that the structure, and even the size of parts of the brain, change according to use. what is made of it. On the other hand, it is the human being himself who “programs” and “deprograms” his brain. Most of the time it is done unconsciously, and always depending on the learning that it is acquiring throughout life. It is this learning, in its broadest sense, that determines the structure and functioning of the brain itself.

The funny thing is that, in addition, the process by which new things are learned allows us to move towards happiness, since it serves to end the effects of any circumstance that makes us suffer. We must not fall into the mistake of blaming the brain for our misfortunes and follies, especially since it is easy for this way of understanding the function of the organ to lead to passivity. Nor should we believe that the solution to life’s problems is to discipline and self-demand. To be happy you have to solve the causes of suffering, and you can do it by understanding new things that “deprogram” the previous ones.

How is suffering ‘deprogrammed’?

The effective way for a person to change his functioning (for example, a harmful habit) is for his “biological computer” to acquire new “algorithms”. The automatism of thought or emotion is produced by a combination of ideas, deep-rooted beliefs, and suffering is the result of misconceptions or beliefs. You have to review these beliefs, concepts, ideas, and discover what’s wrong with them. For example, if someone tends to react in anger, they should understand that anger is underpinned by some fears, which in turn depend on misconceptions.

To clear misconceptions you have to get to the “source code”. This is achieved by reflecting on the causes of disruptive thoughts and facing the emotional part appropriately, that is, feeling, not thinking. If you want to stop generating anger (whether you show yourself outside or not), you should initially feel the sensations that it produces in the body, discover where they feel, what they are like, how long they last if thought does not intervene … You have to consciously explore them with the aim of not repressing or letting yourself be dragged by them, but to lose their fear. This exercise serves to break the automatism, in this case of anger.

But how to get to those automatic reactions that generate suffering? To have a calm, intelligent and tending mind wellness, we must learn to identify and resolve fears. If someone gets angry when they don’t listen to you, for example, it may be for fear of contempt. The erroneous idea that can underlie this situation that makes you suffer is that if they don’t listen to you, it’s because they don’t value you, and thinking like this has negative consequences. It is important to understand that the negative consequences will occur if you have that fear, so solving those fears should become a priority objective.

The key tool to successfully complete this “deprogramming” process is care. Automated reactions cannot be modified using only material that is already stored in memory. Following the computer simile, the content that is giving error in the program cannot delete itself. What is needed is to access the understanding of something new, provide new data to erase this error. And that can only happen if one pays attention to reality without prejudice, without previous ideas or conclusions.

The way to do it is to focus attention, curiously, effortlessly, on how to act, what is thought or what is felt … in a quiet place, or at home watching television or on the street during daily life … The goal should not be to control or change anything, but to realize new things that previously went unnoticed, of oneself and others.

María Ibáñez Goicoechea and Jesús Jiménez Cascallana are specialist communicators in psychology, writers, speakers and authors of the website introspeccion.com. They have also written the book ‘Learn to solve what makes you suffer’.

Latest news about the coronavirus: Trump seeks funding for the disaster while Tom Hanks is positive