There are different systems. They assure that it allows saving from 40% of the electricity bill and the surplus energy can be “sold”.

The government will announce, between January and February, a increase on the ballots of electricity what will be around the 20%, while progressing in the application of tariff segmentation. As it transpired, this update will apply to the entire country and will be the only increase to be implemented in 2022.

In this scenario, and in times when supply cuts are followed by high temperatures and growth in consumption, there is a trend that continues to grow: also hand in hand with a growing commitment to the environment, more and more users generate their own energy by installing solar panels in their homes.

This practice allows save from 40% in the electricity bill, it serves to alleviate the failures in the service and its start-up costs from about u$s2.800 (at the official exchange rate of Banco Nación, that is, about $ 302,000).

With solar panels, you can save from 40% on the electricity bill

There are different systems that adapt to needs of each user. “Solar systems can be used to alleviate the cuts of energy or for places where There’s no net. Many people put a system that allows to have a back in case of power failure and at the same time, when the network works, reduce the consumption“They pointed out to iProfesional from the company ADN Solar, which sells the components for the production of renewable energies.

“In systems to reduce consumption, which are at the same time the most cheap Because it is only the panels with the investor, the interest was higher a while ago, but it fell when the rates were frozen. It depends on the people: there are many who do it to bet on renewable energy and there are those who do it because of a future expectation that rates are going to rise. There are also those who say that it is time to invest in this, because the price in dollars is low“, they remarked from the company.

Types of systems and prices

According to the specialists, there are, broadly speaking, three types of systems to install solar panels in homes. “The simplest, and the most economical, is the On Grid, which is the one connected to the network. What it allows is reduce energy costs from the use of solar panels, connected to the network, obtaining discounts. And, in addition, you can sell energy to the grid thus generating a loan “, explained Matías Grosso, co-founder of Nodek, a firm dedicated to the installation of solar panels, and added:” Today in Argentina there are more than 600 generating users. The fundamental thing is to know the consumptions and have available surface to be able to install panels and that they give to the sun. The system consists of solar panels, an inverter, which is the heart of the installation: it transforms energy “.

As detailed, one of the main requirements is to have the surface available to place the panels, which “occupy the size of a door, approximately “: two meters long by one meter wide.” In general, a small installation requires between four and six panels. With that it will serve to supply a house. This works to use during the day: the solar ‘peak’ time, when the sun generates more energy, is between 10 am and 4 pm “, he remarked. 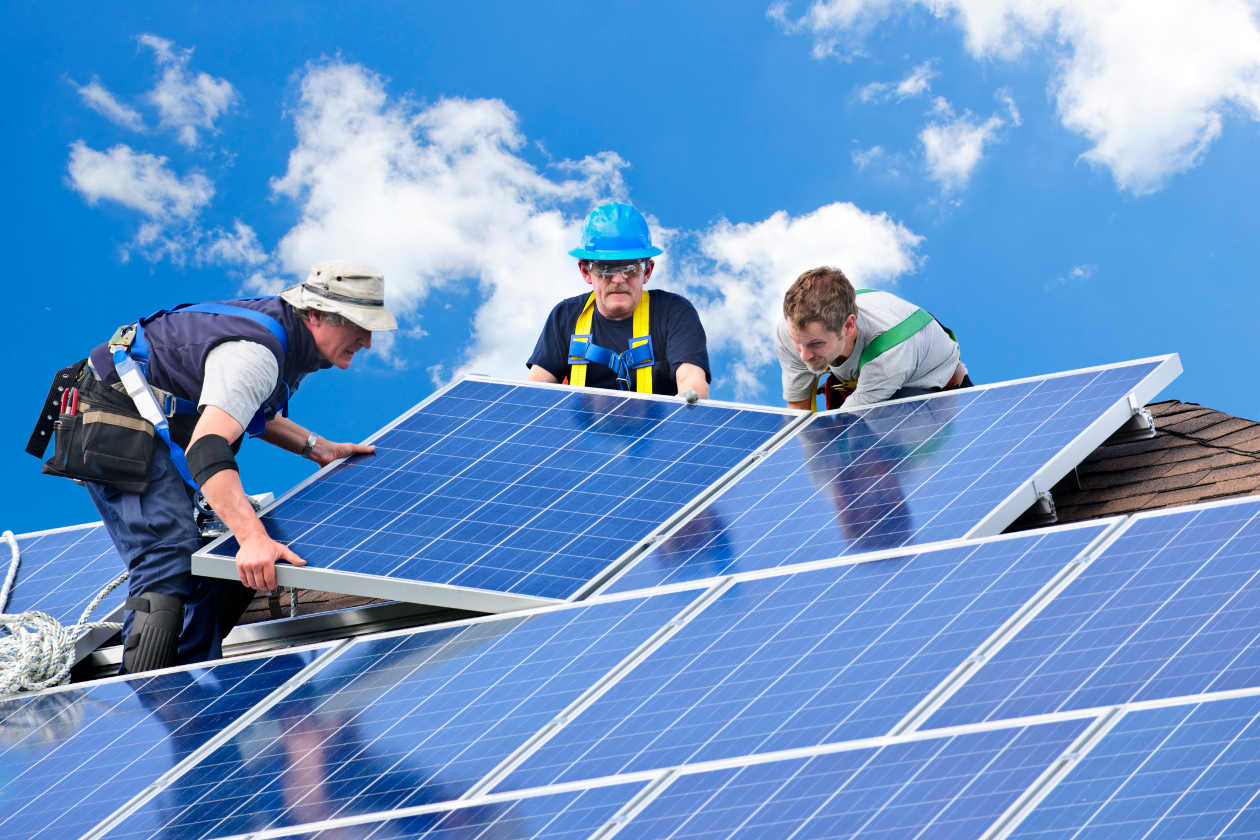 There are different types of systems, according to the user’s needs

When referring to price for the installation of this system, Grosso stated that “starts at $ 2,800, at the official price of Banco Nación (that is, from $ 302,000), depending on the number of panels and installed power. “With this system, he added, you can have a saving of 40% on the electricity bill.

“If you have more panels, you generate more than you consume and you sell it, you can have a greater saving, of up to 70%,” he said.

On the other hand, there is the “hybrid system“, which is the most demanded and that allows it to be connected to the grid and also uses batteries.”This allows you to have energy autonomy. If you have a cut of light, what we always recommend is to select which are the home appliances emergency, or the most necessary, then in the event of a power outage the batteries will supply these consumptions. In the On Grid system, when the power goes out, the panels stop working for protection against the grid, because they may be making an arrangement, then the power injection has to be cut off. When you have a battery, you can have autonomy, “added Grosso.

The price, in this case, “is 30% more than the on grid”: this would be, approximately, about u$s3.640 (that is $ 393,120). “The price of the batteries is added to it and the type of inverter changes. batteries They can be cheaper, which are lead acid ones, similar to cars in size, which are called ‘deep cycle’. And then there are the lithium ones, which are cutting-edge technology and have a longer useful life, “explained Grosso.

The hybrid, they point out, “it is the system that is most in demand“.” Is the focus of the main questions and highest amount of sales. Because people want to be energetically sustainable and at the same time, in some way, have an alternative to power outages. Many have a generator, but many times it ends up being cheaper than fuel, to put panels. Plus, it’s sustainable. ”

Finally, Grosso explained how the system works Off Grid, which “is the one that is completely isolated from the network, which is for fields for example”. “It is yes or yes with battery. Solar panels and when the sun ends, it is supplied with batteries. With many panels, you can have a ‘normal’ supply. In many cases, they have a generator set as a backup for when there are several rainy days. The price is similar to that of the hybrid, “he remarked.

Referring to the lawsuit, Grosso noted that the return on investment round among the five and six years. “So it’s not short-term. But without a doubt, there are more and more inquiries, there are more people interested, wanting to know and wanting to add their grain of sand in this new ecological trend “, he remarked.

The gated communities in Greater Buenos Aires and some neighborhoods of the Federal Capital such as Villa Urquiza, Villa Ortúzar and Colegiales, are among the places with the highest number of inquiries and sales. They also point out that if a user is “determined to do it and has the money and the physical space, the installation Can be done in two days“.

“These types of products are imported at the official exchange rate. That is why, although now it is more restricted, many people invest in this equipment that can be like a haven of value, “they pointed out from ADN Solar, and concluded:” Many people who had the idea of ​​buying it within one year, maybe they decide to buy it now. That is why demand grows in previous elections, a possible devaluation or when restrictive measures related to imports come out. “