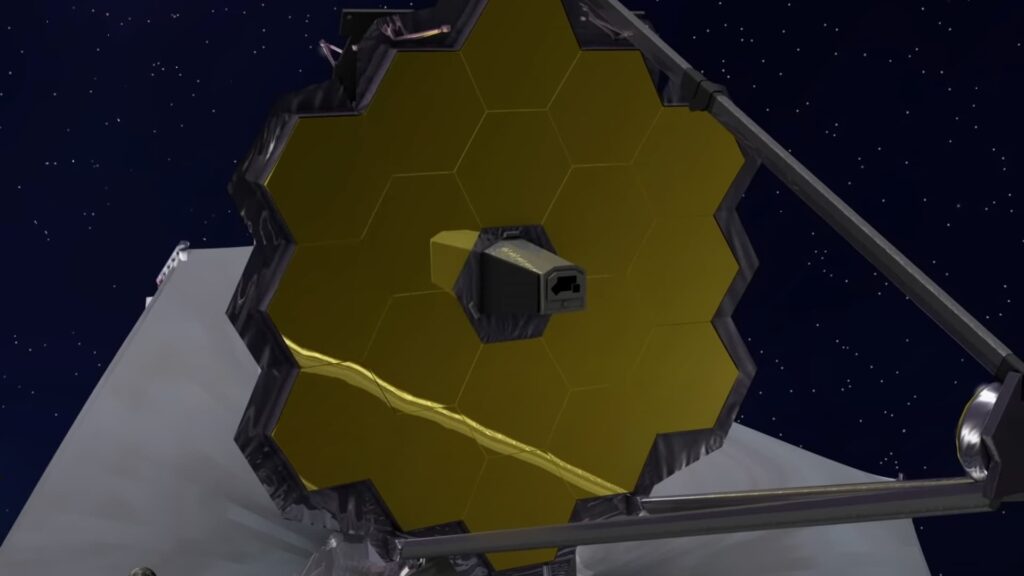 This coming December 22 at 7:20 AM EST (12:20 GMT), the James Webb Space telescope is launched from the space center in French Guiana, one of the most important events not only of 2021 but of modern history in space technology.

The James Webb Space is the largest and most powerful telescope in history and will analyze some of the early stages of the universe, collect views of early star and galaxy formation, and provide information on the formation of planetary systems, including our own solar system.

The James Webb Space Telescope, or JWST, was developed through a partnership between the NASA and the European and Canadian space agencies. For its construction, it worked on the discoveries made by the Hubble space telescope and will expand them to help unravel the mysteries of the universe.

How does it work?

The Webb telescope has unique capabilities enabled by the way it views the universe, its size, and new technologies on board. Is that how it works.

Looking into the infrared

To view distant and ancient galaxies, the Webb telescope was built with instruments sensitive to light in the near and mid-infrared wavelengths.

It can take billions of years for the light coming out of these galaxies to reach Earth, so when we see these objects, we are actually seeing how they looked in the past. The further away something is from Earth, the further back in time it is when we look at it. So when we look at the light left by objects 13.5 billion years ago, we are looking at what happened in the early universe.

As light from distant objects travels to Earth, the universe continues to expand, something it has been doing since the Big Bang. The waves that make up light stretch out as the universe expands. You can see this effect in action by making an ink mark on an elastic band and observing how the mark stretches when you pull on the elastic band.

What this means for light from distant galaxies is that visible light waves that could be seen with the eyes are stretched so much that the longer wavelengths change from visible to infrared light. Scientists refer to this phenomenon as a redshift, and the further away an object is, the more redshift it suffers.

The Webb telescope’s infrared detection equipment will give scientists the opportunity to study some of the first stars to explode in supernova events, creating the elements necessary to build planets and form life.

The first stars were massive and their life cycles ended in supernova explosions. The light from these explosions has traveled so far that it is incredibly dim. This is due to the inverse square law. You experience this effect when a room appears to darken as you move away from a light source.

To see such dim light, the Webb telescope must be extremely sensitive. The sensitivity of a telescope, or its ability to detect weak signals, is related to the size of the mirror it uses to collect light. In the Webb telescope, 18 hexagonal mirrors combine to form a massive 6.5 meter wide primary mirror.

What is its orbit like and how will it stay “cold”?

The orbit of the Webb telescope around the Sun, located about 1.5 million kilometers from Earth at Lagrange point 2, keeps the spacecraft quite far from the heat of our planet, but even that is not enough. To further reduce the temperature of the instruments, the spacecraft will deploy a tennis-court-sized sunshade that blocks light and heat from the Sun, Earth and Moon, using five layers of specially coated material. Each layer blocks incoming heat, and the heat that passes through it is redirected to the sides of the sunshade. Additionally, the void between each layer provides insulation.

Using the transit method, it will look for the regular dimming pattern that occurs when an exoplanet transits its star or passes between the star and the telescope. The amount of dimming can tell scientists a lot about the passing exoplanet, such as the size of the planet and its distance from the star.

The second method that the Webb telescope will use to search for exoplanets is direct imaging, that is, capturing real images of planets beyond our solar system. To enable direct imaging of exoplanets, the Webb telescope is equipped with a coronagraph. Much like you could use your hand to block bright light, a coronagraph blocks starlight from reaching the instruments of a telescope, allowing you to see a faint exoplanet orbiting a star.

This is how the James Webb Space telescope works:

Watch.. Blaili scares the Algerian fans after the Morocco match

Elon Musk got rid of another Tesla stock