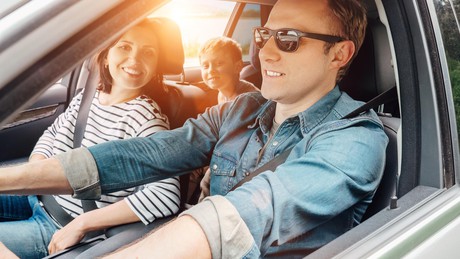 The commercialization of new and used vehicles is consolidated in Argentina through the giants Mercado Libre, OLX Autos and Kavak. How do they work

The pandemic hit all industries equally. But beyond the devastating wave, some were able to take advantage of the situation and profit from the ecommerce boom. According to eMarketer figures provided to iProUP, Argentina registered the highest global growth in e-commerce penetration: almost 80%, with an average daily turnover of US $ 89 million.

Not only that: data from the consulting firm Insider Intelligence refer this country will be one of the five markets with the greatest potential for advancement in online sales, with an annual rise of 26%, very close to India (27%), Brazil (26.8%) and Russia (26.1%) and above Mexico (21.2%).

It is increased e-commerce it is reflected in previously unthinkable sectors. Among them, the sale of cars, an area in which no less than three unicorns stomp.

One of them is the Mexican Poplar, which in Argentina shows a sustained growth of more than 100% per year. The platform ended 2019 selling about 1,000 cars a month in the country. In 2020 that figure rose to 2,500 and this year the firm is on its way to commercialize some 8,000 units per month.

These numbers make it clear that this business has already earned its place and that its progress is unstoppable thanks to the change of habit of consumers. But how does this modality work?

What is it about?

Jaime Macaya, CEO of Poplar Argentina, indicates to iProUP that from the platform offer a service of sale of pre-owned cars online, easy, fast and safe.

“For those who want to buy, we have a online catalog with 1,600 vehicles available. You can evaluate, compare and choose the one you want with just a few clicks and without leaving your home “, he points out. And he adds that all units were previously checked and reconditioned in one of the 240 points that has Kavak in the country.

In this way, they offer the buyer a three-month mechanical warranty and you can even test a car for seven days or 300 km and return it for 100% of the money if not what you expected. “To buy we offer three options: direct purchase, Leave the used auto as part of payment and through financing“, remarks the manager.

For those who still do not dare to buy online, Macaya expresses that the platform offers the possibility old school from approach the Kavak commercial offices and test the unit in one of the squares located in the Federal Capital (Saavedra and Abasto) or the province of Buenos Aires (San Martín and Malvinas Argentinas). 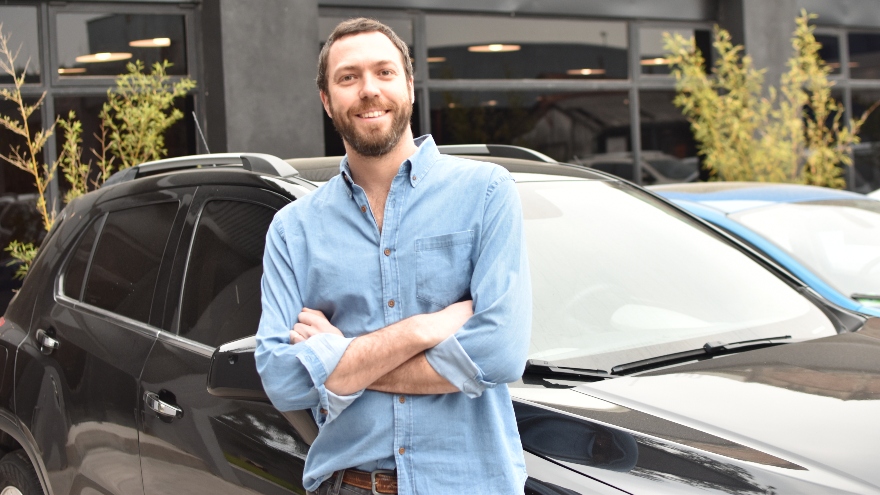 For its part, the seller can quote his vehicle online in just two minutes thanks to a data-based system that constantly analyzes the market.

“We only accept cars less than 100,000 km, 10 years old and that have not had structural damage or alterations. If you meet those conditions and the person agrees with the price, we agree on a face-to-face inspection to ensure that the requirements, both physical and legal, are met and the sale is agreed, “he remarks.

Ernesto Mendizábal, CEO of OLX Autos Argentina, affirms to iProUP that they buy, directly and without intermediaries, cars from people and companies model 2010 onwards, based in any part of the country, qthat have not been used as a taxi or remis and that are not attached or with structural damages.

“Once acquired, We reinject them in the market through a network of approximately 500 agencies throughout Argentina“, reveals the manager. And he remarks that the concessionaires” can acquire the stock of cars they need without the need to buy by lot, and having the units in approximately three days, “he adds.

Mendizábal comments that the business model of the unicorn is easy, fast, safe and 100% online, since it allows anyone in the country interested in selling can do it remotely in three simple steps:

See also  Caregivers are not spared from the Covid-19

It is last step is the only in person and, once finished, the transfer of money immediately and 100% banked, thus completing the transaction.

“Added to this, we buy used cars through strategic alliances with Autocity Tagle in Córdoba, through which we acquire around 300 units per month; or the developers Edisur Group and DYCSA, through which we offer our clients the possibility of deliver a car in the form of payment for a lot or property“he adds.

Juan Manuel Carretero, commercial manager of Vehicles, Properties and Services (VIS) of Free market, points to iProUP which is the vertical of rolled with highest number of notices published in Latin America and the most visited category of the site. 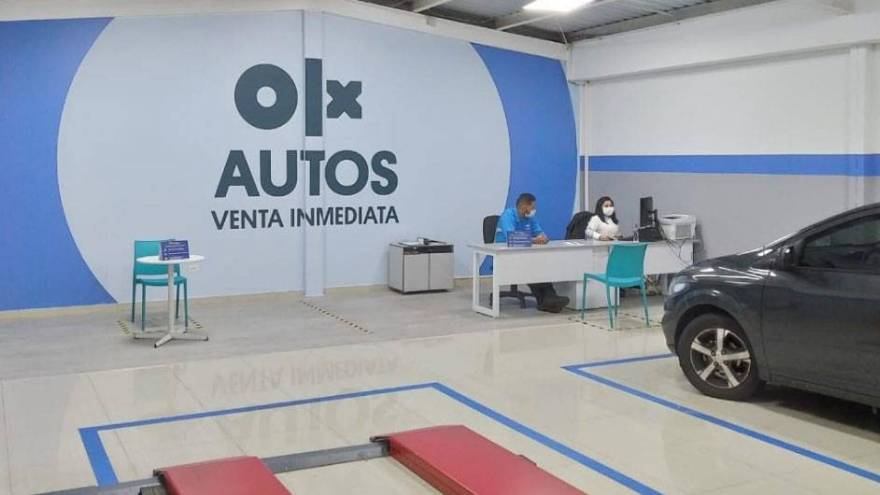 The main difference between this segment and the rest of the marketplace is that both vehicles and properties share a methodology “non-transactional“, given that the purchase is closed outside the platform.

The unicorn has the option “Reserva Online“in Argentina, Brazil and Mexico. Thus, users can reserve new or used vehicles by canceling the amount displayed in each publication, through Payment Market. The “concessionaire” of the ecommerce giant has a offer of 210,000 published vehicles .

“Being a non-transactional site, we could not determine the number of vehicles sold, but we can say that we have had a average 3 million visits per day to vehicle posts so far this year, “says Carretero.

Regarding financing, Macaya points out that while 5% of transactions are financed in the used sales market, in Kavak that percentage is tripled. And they aspire to expand it even further.

“Have credits to grant up to 70% of the total and between 12 and 48 installments. Even the user can offer his used as part of payment and pay the rest with financing “, complete.

Furthermore, it states that “180 days may elapse (or 25% of the time it was financed to pay off what is owed at no extra cost and subject to conditions of the credit institution “.

Carretero, from Mercado Libre, indicates that “in 2018 the first official automotive store was launched in Argentina, Peugeot, and in 2020 it was added Nissan. In Brazil and Colombia, the first was GM. ”

“Last year we launched pledge loans in Brazil and in January it was introduced in Argentina to offer loans for the purchase of cars,” completes the manager. Add that the unicorn proposed this service “first with Itaú and then in alliance with Santander to simplify financing, providing the possibility of initiating the application for the Pledge credit online in a few clicks“. 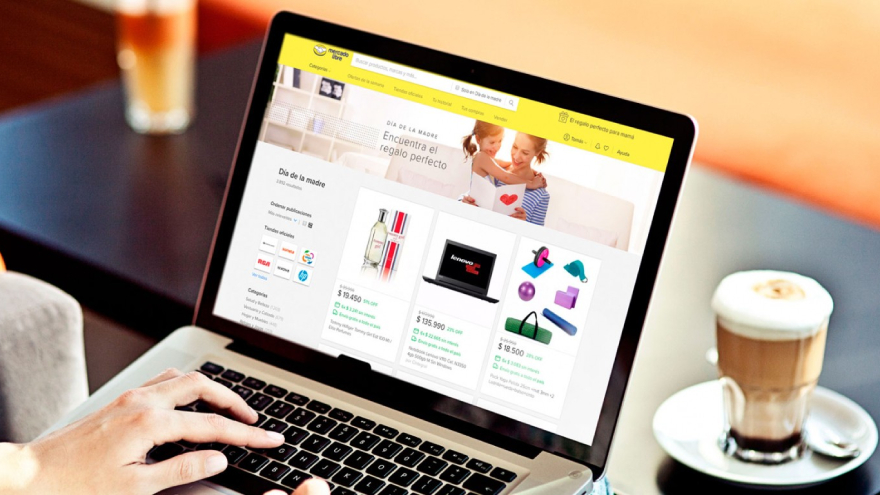 “The credit is up to 3.1 million pesos. All posts by Free market that offer it have a button that immediately redirects to the Santander Argentina simulator, “he adds.

For his part, the CEO of OLX Autos Argentina expresses that they also propose purchase credits. “The network of agencies that operates with us and acquires our stock can give financing to end customers“, he indicates. This is made possible, according to Mendizábal,” through agreements that OLX Autos makes with first-line banks, ensuring the best market conditions “.

In this way, the pandemic accelerated ecommerce in all its variants and categories, blurring the boundaries between the online and physical channels. Even for the sale of cars, a segment that Argentines always prefer to “check first hand” the condition of the unit.