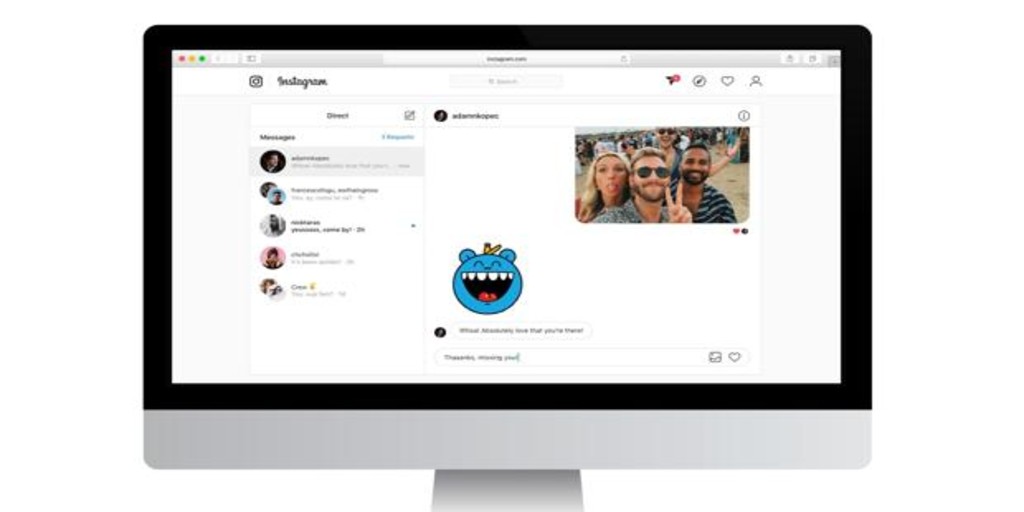 Application dependency begins to decrease. Giving more importance to the computer environment, Instagram has launched the direct messages function globally in its desktop version, which for the first time allows you to exchange private messages from your computer.

The image social network, owned by Facebook, had previously announced that it was developing the direct messages function in its web version for computers, and this feature was tested in a small number of accounts. Now, take a leap internationally.

Now, as announced by the platform, direct messages are available on your desktop application. The platform has explained that the launch is global. Direct messages are a function of Instagram, available since 2013 with which users can exchange messages privately with other people on the social network, without the need to publish them to their accounts.

To send direct messages on Instagram from a PC, you must enter the credentials in the web version of the service. To do this, you must use a username and password. Then, you have to go to a user who has contact to start a private conversation, which will be shown on the left. To start the conversation you need to search for the ID of the person’s name by using «@» and add the first letters of the contact. Finding it will open a chat once it has been pressed. Users will be able to send messages and use “emojis” (emoticons)

“I broke a command out of sheer frustration with him”