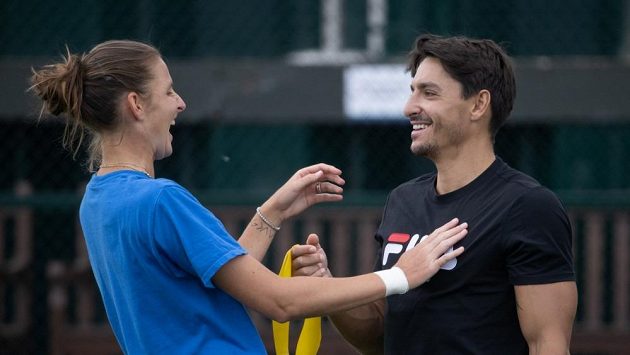 The defeat in the premiere Wimbledon final hurt a lot. However, currently the best Czech tennis player Karolína Plíšková also did not resist emotions during the closing ceremony and cried. But as soon as the immediate disappointment subsided, the feelings of a job well done came. And even in the team of a Czech tennis player.

“An incredible ride, Kájo,” the tennis player’s manager Michal Hrdlička smirked in front of his wife on social networks.

“Tennis of the highest level and the heart of a warrior. I’m so proud … Even though we wanted a better ending. Next time it will work. I believe that, “he added optimistically.

Incredible ride, Kájo ♥ ️ Top level tennis and the heart of a warrior. I’m so proud … Even though we wanted a better ending. Next time it will work. I believe it. pic.twitter.com/q1xcUwASSH

By the way, one of the fans teased him that he had a better place in the auditorium of the central court than the famous actor Tom Cruise. “That’s exactly what I was thinking,” replied Manager Hrdlička amusedly.

In the positive spirit, Plíšková herself finally wrote about the finals.

“I am very grateful for the moments I was able to experience here during those weeks, especially today. Many thanks to my team for always trusting me no matter what. Thank you all for your support. And remember: We never give up. Never, “the defeated Wimbledon finalist concluded vigorously.

I’m so grateful for the moments during these weeks and especially today ???? Big thanks fo my team for always believe in me no matter what! Thanks to all of you for the support and remember WE NEVER GIVE UP. NEVER pic.twitter.com/QqJ2vujqJG