At 67, his days pass in a very different way than he imagined. His pension, which started at an amount equivalent to US $ 172 per month, now only represents US $ 1.3 at the exchange rate due to the continuous devaluation of the bolivar, the weak Venezuelan currency.

His house, at the top of a steep, poorly paved climb, shows that it is no longer the time to build, but to survive: a zinc roof, concrete walls chipped by moisture and decorated with posters of Jesus, a floor with tiles that still elude deterioration, furniture with chipped wood, an old washing machine, a gas stove, worn curtains.

Norma walks slowly, dressed in a somewhat threadbare robe, dragging an imitation Crocs shoe that she wears with woolen stockings. He sits in a small plastic chair and tells that since he was born he has lived in the parish 23 de Enero, a popular area that stands on a hill west of Caracas.

“My father played timpani in an orchestra, here in 23 there was always a lot of salsa and merengue,” he says.

“With my husband I bought this little house and little by little we improved it with sand, cement. When I turned 40, God heard me and I had my only child, it took a lot for me to get pregnant,” she recalls.

Her husband, Rafael Alcalá, worked as an assistant in the systems department of a bank and she, from the age of 19, worked in a public governmental body: the Institute of Social Security and Assistance of the Ministry of Education. 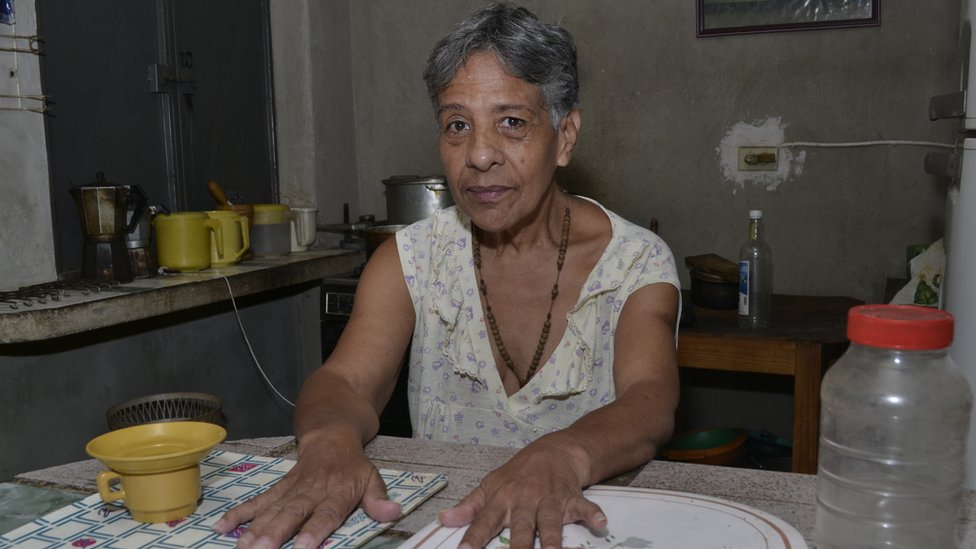 The Institute provides medical assistance to teachers who work for the State.

“I did everything, secretary, messenger and since I had high school I attended courses and graduated as a medical record technician. I entered at ten in the morning and left at nine at night,” says Norma.

In 2000 he suffered a stroke at work. “My blood pressure went up a lot, I fell to the ground and was seriously ill,” he recalls.

Over time he regained his speech and was able to walk again with the help of a cane. But he did not return to work. The State granted him a disability pension as of September 29, 2000, which advanced his old-age pension. 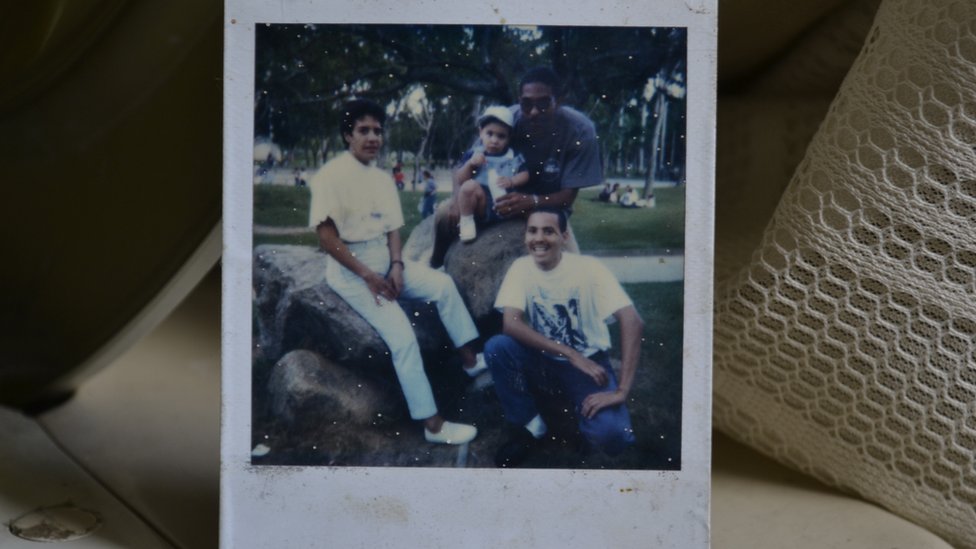 By then, Norma’s pension was equivalent to US $ 172 per month that allowed her to cover all her basic needs.

“I bought enough food, paid for the phone, the medicine, and my husband also worked,” she says.

The ex-president Hugo Chavez in 1999 he had promoted a reform of the Constitution that included the obligation of the State to pay a minimum wage that would cover basic needs, and pensions were equal to that parameter. 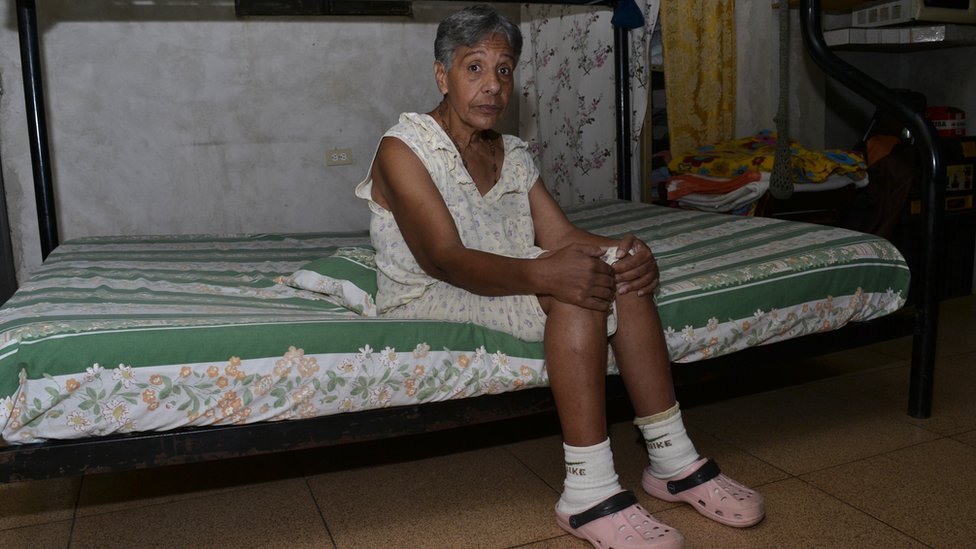 In 2015, Norma’s husband passed away and the pension became her only income.

Formally, the pension system in Venezuela is pay-as-you-go, a modality where active workers contribute a percentage of their salary to pay for the pensions of the population of retirement age.

But the contribution is very little because many workers, especially the most qualified, have left the country, wages are low, the bolivar is depreciated and a good part of the jobs are in the informal sector of the economy and do not contribute to the system. .

Therefore, the cost of pensions for 4.5 million Venezuelans falls on the State. And the accounts don’t add up. 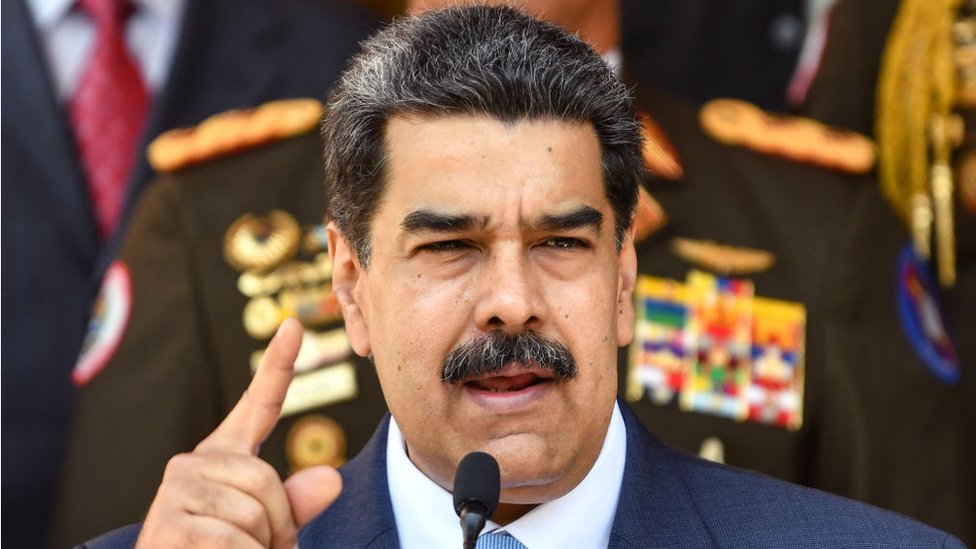 The main source of income is oil, which provides nine out of every ten dollars that enter the country. And extraction has fallen sharply since 2017, reaching 1940 levels.

This is one of the causes of an impoverished State, without resources, with a negligible income of foreign currency, to which is added the highest inflation in the world that devalues ​​the national currency, the bolivar, without restraint.

In this environment, for the last three years the Central Bank has continuously cut the supply of dollars, in which Venezuelans take refuge to try to preserve something of value. Then, the price of the US currency rises at a feverish pace that pulverizes the dollar exchange value of pensions.

The collapse has caused the quality of life of the vast majority of the elderly to decline violently, leaving them highly vulnerable. 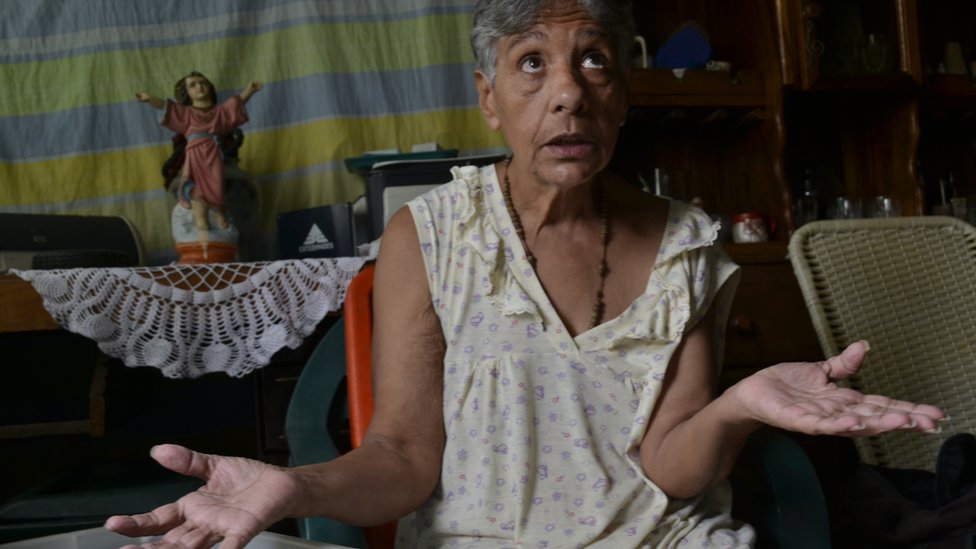 Living with almost nothing

After the dollar’s rise, the bolivars that Norma receives for her pension barely represent US $ 1.3 a month. In addition, he receives seniority bonuses, an extra for retirement and bonds that the government distributes to try to alleviate the deterioration. But when adding all his income, he can reach US $ 5 a month, which is enough to buy a kilo of meat.

His priorities, however, are not meat, but the pill he must take daily to regulate blood pressure.

They are delivered to them in Farmapatria, the State system for the distribution of medicines, but they do not always receive them on time. So save for that eventuality.

“The little they give me I am collecting to buy the medicines when necessary. I cannot afford a full box, but at least I buy half a box, which brings 20 pills.”

He explains that doctors have advised him to regulate his blood pressure to minimize the risk of another stroke. “Thank God I have only been without the pill for a few days. Sometimes my son has made an effort and buys me some. When I don’t take it I can’t sleep, it scares me.” 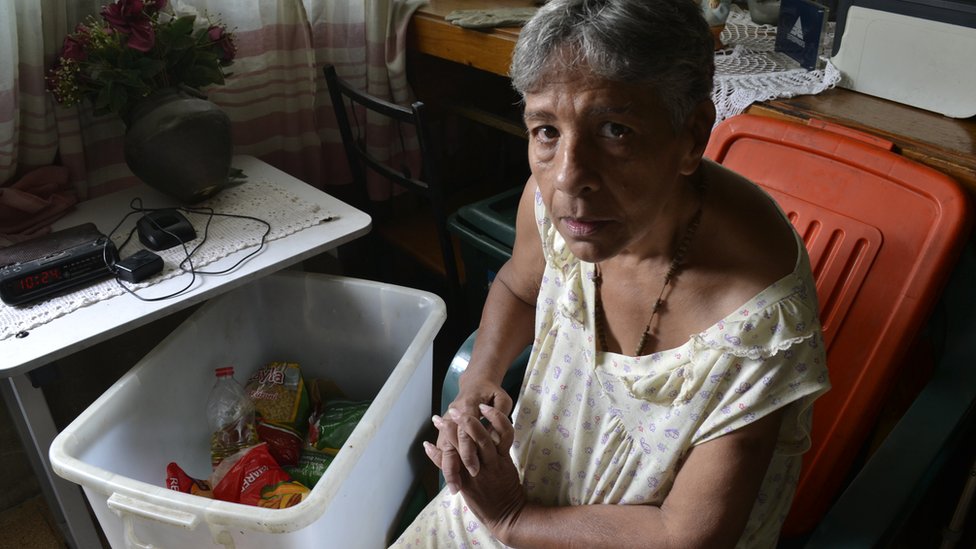 To get to Farmapatria, he walks with his cane about a kilometer and a half to the nearest metro station. As you leave your home you are faced with a steep descent, in which it is easy to lose your balance.

Then, it crosses some sidewalks with holes and slopes, taken over by street vendors and garbage bags. Upon return, the descent becomes a climb that forces her to rest continuously.

In the subway, free for the elderly, it travels three stations.

“I have to walk, if I stay here I’m going to stay in bed and I don’t want that. Sometimes my foot hurts because not long ago I fell and bent my ankle, it is swollen, but I walk”, says Norma.

Their diet depends exclusively on the food boxes that the state distributes to low-income people.

“The box arrives every month and a half. The last one came with two kilos of rice, two packages of flour to make arepas, two kilos of pasta, a few packages of chickpeas and coffee. This time it did not bring sugar,” explains Norma. 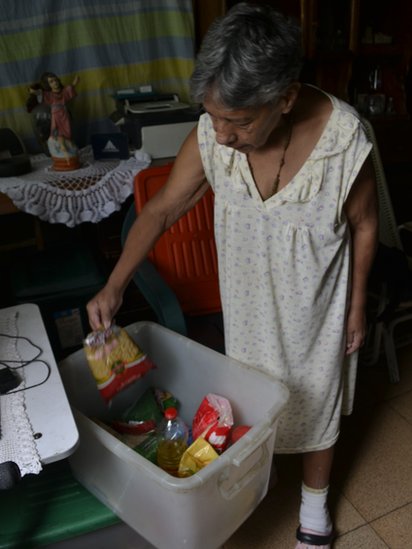 “Today I’m going to eat a flour roll for breakfast, some coffee and an egg that they gave me. At noon, chickpeas with some rice and at night again chickpeas. I am dizzy.”

“I have not eaten meat, chicken, milk for a long time; I never thought that I would go hungry in my old age and I am not alone, many in the neighborhood are the same,” she adds.

Your son cannot help you now.

“He is 25 years old, is married and has two children. Until recently he was working in a restaurant, where they paid him minimum salary, but with the pandemic he had to leave it; in order to eat he is making cakes with his wife.”

From the time when she was able to buy electrical appliances, Norma has an old washing machine that still works, the refrigerator and a television that serves as a distraction. Their fear is that variations in the voltage of electricity and power outages, which have become recurrent in the country, will damage appliances.

“This is how my microwave broke down, it doesn’t turn on. Now it’s impossible to buy another one,” she says worried. 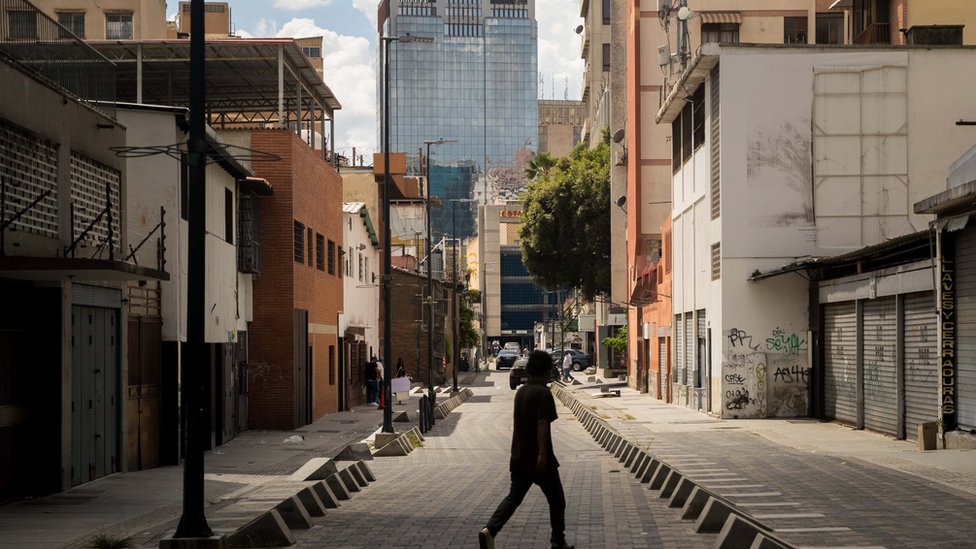 And it is not only the electricity service that has deteriorated in the neighborhood.

“I am almost always without water two days a week. Fortunately, when my husband was alive he bought a plastic tank that I have in the bathroom. But the water is getting very dirty, yellow, that’s why I have to boil it.”

Norma dodges the political issue, avoids talking about whether or not she supported former President Hugo Chávez at some point or if she will vote in the parliamentary elections scheduled for December this year. She is resigned, without expectations of a change that alleviates her daily life.

“I no longer expect anything good, everything is always worse,” he says.

Now you can receive notifications from BBC Mundo. Download the new version of our app and activate them so you don’t miss out on our best content.