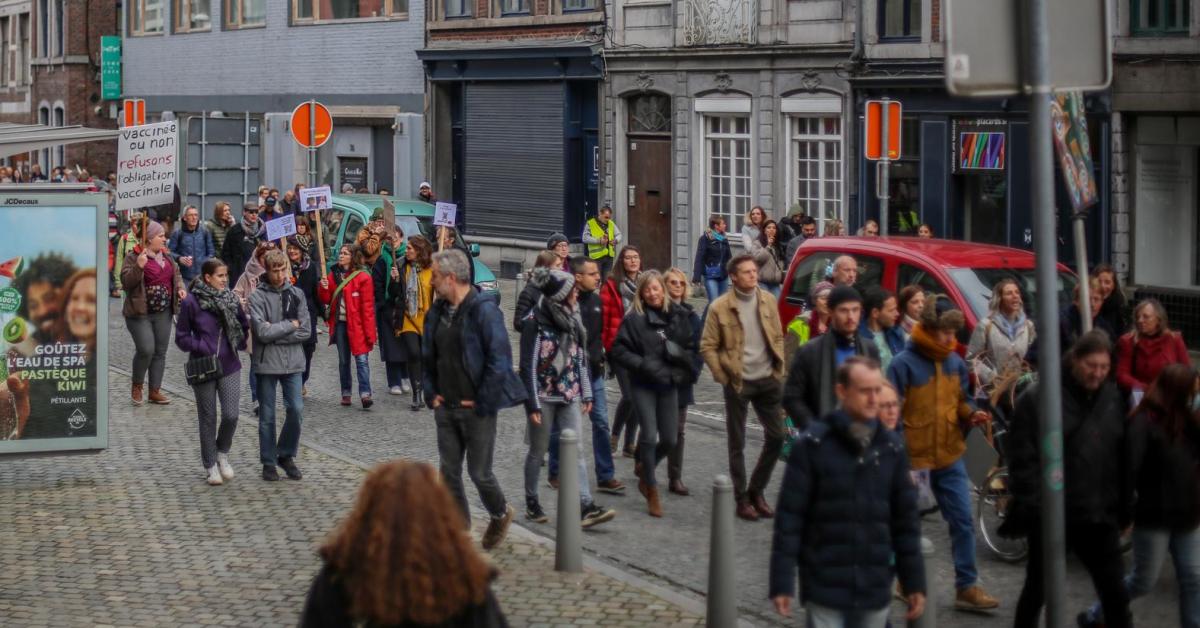 This Saturday, a demonstration against the sanitary pass took place on the Esplanade Saint-Léonard. After a few speeches, the group, made up of nearly 1,500 people, took the form of a procession and marched through the streets of Liège.

Saturday took place a demonstration against the health pass in Liège. Around 2 p.m., the meeting was fixed on the Esplanade Saint-Léonard. One of the members of “Enew Belgium” first spoke, followed closely by one of the members of the citizen collective “not even afraid”.

On site, nearly 1,500 people had gathered against the health pass. Among them, citizens, members of collectives, as well as some yellow vests.

The demonstrators then formed a procession which marched through the streets of Liège.

The Liège police, warned of the event, were present in Liège this Saturday. Initially, the demonstration was to remain static. Finally, the organizers made the decision to march through the streets of Liège, a procession which took place in peace, supervised by the police.

➜ In the crowd, opponents of the sanitary pass are worried about Liège drifts to this QR code: they testify.

Lack of Interest, These Seven Majors Can Bring High Job Opportunities You Know