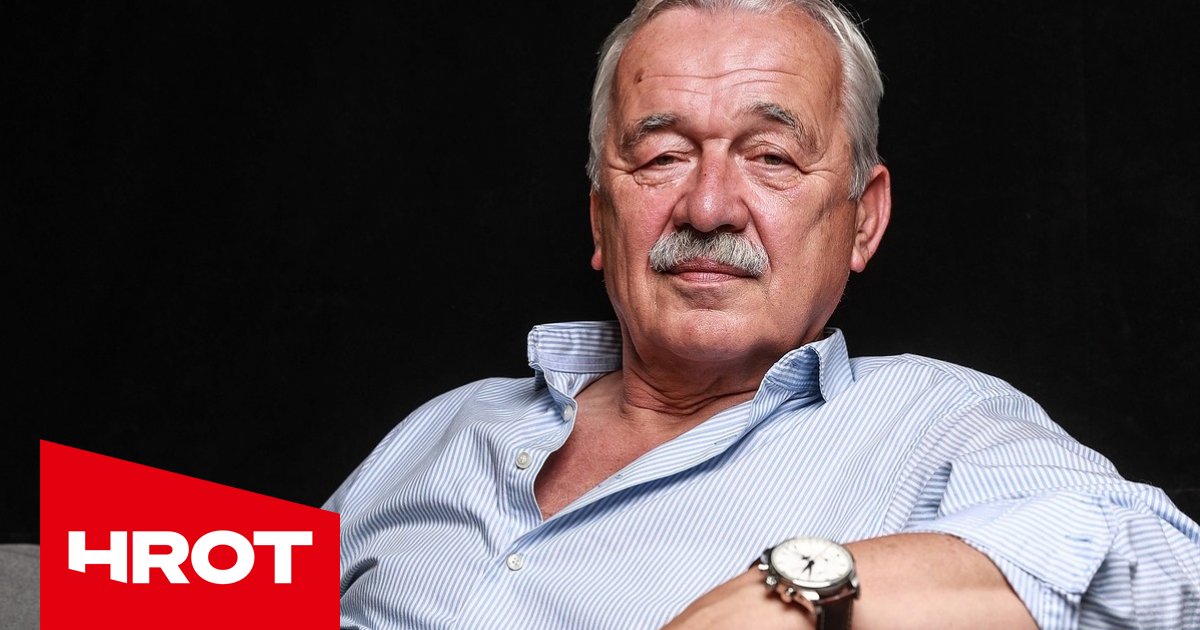 Saying you don’t enter the same river twice is nothing for industrial matador Zdeněk Rinth. Although he celebrated his 70th birthday at the end of March, he has a long way to go to retire. Rinth is once again preparing the future for its cordial company Kara Trutnov.

The company, whose history dates back to 1948, was saved after the Velvet Revolution, when the original state enterprise disintegrated into many parts. The fur manufacturer, together with a network of stores, successfully developed until 2018, when it sold it to the ambitious investor Michal Miček and his C2H group, and was just about to rest.

However, the company ended up in insolvency last year, as did the entire C2H group, which was placed on huge debt from bonds combined with a covid closure. And Rinth’s retirement suddenly ended. He couldn’t just look at the collapse of his beloved business. All the more so when Tomáš Raška, an investor and specialist in companies in trouble, turned to him and invited him to join the team that was to save the company. Their joint mission ended with the successful reorganization of Kara in early April.

What made you return to Kara after three years?

I just wanted to work again. Which, since last Friday, when the judge confirmed the successful reorganization, we can again without restrictions. We still have a lot of things to fix. We have a long way to go, although a lot has happened in eleven months.

But who clearly convinced you to embark on a difficult case?

A lot of people from the Czech Republic and abroad called me and asked what I was going to do about it. She also called shopping malls. And I resisted for a long time and replied that it was no longer my story. But Trutnov isn’t a big city either, so I had pretty good information about what was going on in the factory, and he couldn’t look at it. And Tomáš Raška came up with a plan. At the second meeting, he tells me: Mr. Rinthe, Kara would suit you. That was insidious from him. This could not be resisted. And we went for it.

I understand. What are the main tasks now? Setting up contracts with shopping centers?

These are usually straightened. The shopping centers were very supportive of our efforts, for which they are grateful. But there is certainly enough that has been neglected in the last three years. We need to improve overall customer service, restructure stores, solve their neglected maintenance. We have to move all the mess after Pietro Filipi. There are a lot of little things that will keep us busy for a while.

Tomáš Raška has previously stated that you will gradually take over the ownership role. It is so?

Yes, we have such an agreement. I will gradually take over the majority share in the company, at the same time I will be very happy if Natland remains a partner in the company. Ownership relations will be arranged within a few weeks.

Will you indicate the sizes of the future shares?

I won’t burden you at this point, and it’s not really important. It is important that I become the majority owner, and its management will be primarily my responsibility.

How do you evaluate the cooperation with Natland?

It was a perfect collaboration, I would say even a model. After all, we managed one of the fastest reorganizations in history. This is due to the fact that everyone acted in the common interest, both Mr. Raška’s team, lawyers from AK Glatzová, and a large group of fools – Kara employees who were not indifferent to the company’s fate. But I must emphasize that I would not dare to do so. I have no experience with insolvency, thank God. Nor with legal disputes of this type and restructuring. Natland’s involvement was crucial.

You also contributed financially to the reorganization with an operating loan, didn’t you?

Yes, I also spent my own resources saving the company. We worked with Natland and now we will count our funds against each other. These are just formalities.

In the autumn, the investor from Olomouc, Richard Benýšek, came up with his offer to buy the company’s assets. At a time when you already had the process firmly in your hands. How did you understand his initiative?

Honestly, I didn’t understand her very well. I didn’t know Mr. Benýšek until then and I never saw him. But what I’ve heard about him is definitely not stupid. So he must have known very well that his proposal had no chance of success. I don’t want to speculate, but I think his actions were related to the activity of certain people who tried to bankrupt the company and close and sell parts of it.

Who are you talking about? For example, Pavel Bednář, who applied for the company on behalf of the Polish chain Ochnik?

I really don’t want to speculate. I do not know these ties and relationships, but Mr. Bednář certainly presented himself as a representative of a certain group of people whose motivation was, in my view, hostile.

Tomáš Raška also spoke about the lawsuits that are intended to target the people who, in his opinion, are behind the fall of Kara. Will you also be active in this regard?

Certainly. Because the main victim of this act is Kara. During the three years of operation of the former owner, its reputation on the market has suffered considerably, and a number of business relationships have been disrupted. The shadow has stuck to the company and it will definitely give us a lot of work to clean it up again. And if sixty to eighty million crowns flowed out of the company during the twelve months before the insolvency, then it is good to ask why, and whether the company would end up in insolvency at all, if it were not for these dubious steps. Maybe Kara was innocent. And the real culprits have to pay for it.

What goals do you set for the company? Where do you want to go with it in the new era?

You know, I’ve had more interviews in the last twelve months than I’ve done in 25 years before. And that’s just to clear the reputation of a company that has undeservedly got into serious trouble. It’s over now, and instead of talking to the media, I want to focus on my work again. We have a lot ahead of her. But I’ve never been to a big mouth. So I have some plans, but I’ll keep them to myself for now. Now it’s about getting the company back on track, getting closer to customers and improving customer service. I will definitely not sell it to any investment shooter anymore.

OnePlus 10 Pro review: a good top of the range that doesn’t do enough

For the first time, the German president admits his mistake about Russia