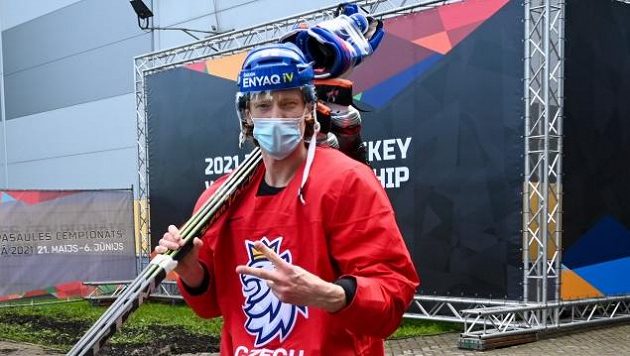 Shortly before noon after training in Riga, Pesan did not want to reveal in an interview with journalists which names he planned to include in the roster, although he had to report them to the tournament directorate on Thursday, the day before the opening match against Russia.

“We have a plan, but we don’t play until Friday afternoon and until then anything can happen about the health of the players. So we will see if we will fulfill the current plan or we will have to change it, “Pešán replied when asked how many players he would write on the roster.

Since the national team is waiting for the start of the championship with two matches in two days, it can be assumed that Friday’s line-up for the Russians may be slightly different from Saturday’s for the Swiss. This is probably why Pešán enrolled twenty-five hockey players at the beginning, which is a relatively high number.

Of the twenty-five registered players, there are ten of them who can experience the premiere at the world championship – goalkeeper Will, defenders Hájek, Klok and attackers Lenc, A. Musil, M. Špaček, M. Stránský, Flek, Smejkal and Zadina.

The World Hockey Championship is in progress from May 21 to June 6 in Latvia. All group matches and playoffs are hosted by Riga. The Czech national team plays in group A. Zlato from 2019 defends the selection of Finland, the Czechs will try to improve the fourth place.

There are still three free places left on the list. It is unlikely that some of them will be filled by reinforcements from the NHL, which with their teams will be eliminated in the 1st round of the playoffs of the overseas competition. Although the coaches are still considering how to proceed in the case of defender Gudas, if his Florida quickly fell out with Tampa Bay.

After months of asking, the corona tests for teachers are here. But…