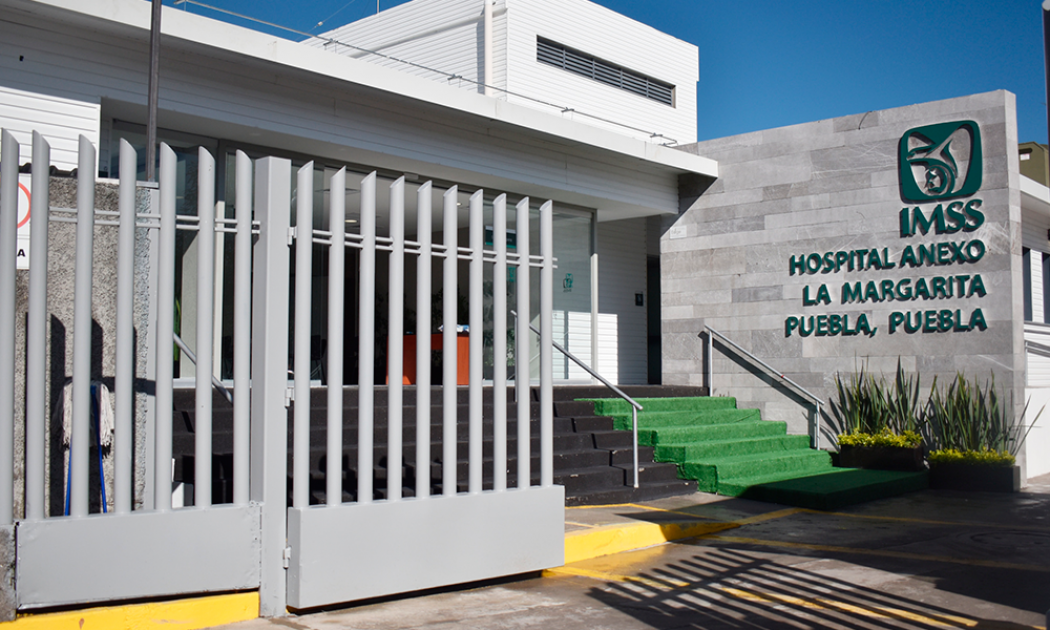 “A person who assaults and kills is more likely to get out of prison compared to an honest person.”

Since the covid-19 pandemic began, medical personnel have received recognition and gratitude from some leaders, together with different sectors of the population, however, the claims, the exhaustion and even cases of alleged medical negligence have stood out.

Such is the case of a doctor, whom we will call Pedro, since he preferred to remain anonymous.

Pedro works at the Mexican Institute of Social Security (IMSS) in La Margarita, and in an interview for El Popular, Impartial Newspaper of Puebla, declared that the medical personnel feel between a “sword and a wall”, since on the one hand, the population continues not to comply with the recommendations issued by the health authorities, and on the other, they feel attacked by the governor of Puebla, Miguel Barbosa Huerta.

“We are facing a population that does not enter into their heads that they are playing with their lives; These are people who despite the instructions, are still on the street without face masks, at parties or soccer tournaments, and add to that the Good End. Longing to go out and do not dimension the problem. We also have the governor with comments on legal problems with his colleagues, because the care that the patient requires is not given, but the doctor, who turns to see him? It is sad and worrying that our authorities instead of supporting us, attack us in this way. They are relenting, ”he said.

Given this, Pedro emphasized asking himself the reason why a patient would be harmed, in relation to past events of alleged medical negligence.

“To my residents I say: ‘you took an oath, the first thing is not to harm’. You never go with that goal; The circumstances of working in adapted areas and of not having as optimal conditions as we currently have affect the treatment of our patients, but it is not with intent. I did not study eleven years of medicine to want to kill someone: it is ridiculous because now they say that one is a murderer. It is sad and worrying that someone who assaults and kills is more likely to get out of prison than an honest and hard-working person ”, he mentioned.

Pedro regretted that the medical staff is faced with the burnout syndrome or professional burnout caused by the high number of patients they receive per day, by government attacks and the fear of getting infected.

“We are burned, we are tired, it is frustrating and sad to think: ‘I have to go to work to see if they do not sue me and I am not going to jail by decision of the governor and the other fear is to get infected, die and leave my family alone. However, despite being sad, our profession is this, it is to move forward and do the best possible with what we have, it is our obligation and we will do it, but give us what, what authorities give us a space in conditions to attend to the population ”, indicated the doctor.

On the other hand, he questioned the way to count coronavirus patients, since he assured that a thorough investigation is not being carried out.

“We are at the tip of the iceberg, they mention that we have so many infected, but I ask, does anyone go to companies like INFRA, which are the ones that rent oxygen tanks? They tell us how they are in profit. Many people who have not been tested, buy oxygen because they are infected, “he said.

In addition to this, he addressed the comments of people who say that in the hospital of La Margarita “they are only going to die.”

“He is a patient who is already complicated, he arrives multi-treated and they come in a state where they have to intubate. They are already very bad. In addition, you have to receive, maybe six patients at the same time and you have to decide who to intubate first. Add to that the fact that when we were at the peak, a lot of people were hired, but right now they aren’t all there; but now we are with the same number of patients but with half the staff, “he said. He also regretted that last week four colleagues from his area died.

He also indicated that in intensive care for patients with covid, doctors range from eight to twelve intubated patients and often do not have enough time to inform family members about the status of their relatives.

“Sometimes we don’t have time to go out to give reports, and that upsets the rightful claimant a lot, and with all the reason in the world, but the other side is that if I go out to give reports the patient who has just arrived may die and They are going to sue me: either for not giving reports or for saving another person, “he said.

Pedro was infected with covid when the pandemic was just beginning, when he feared it, now he is only tired.

“I got infected the first days after the pandemic came out; I isolated myself from my family to protect it. It was fear because we were facing something that we did not know but now there is more information, but we must not lower our guard. I was scared at first but now it’s just fatigue, exhaustion, sadness and frustration ”, he concluded.