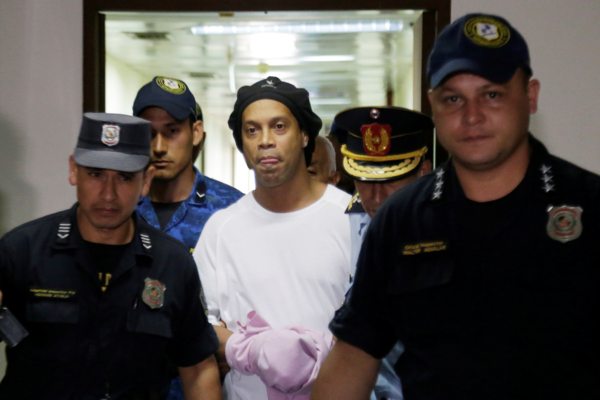 In Paraguayan prison Agrupación Especializada, where the former Brazilian national football player Ronaldinho is held, a mini-football tournament will be held. This is reported by Extra.

It is noted that the competition is held every six months and their organization is not connected with the fact that the famous football player was detained. The leadership of the institution does not expect that Ronaldinho will be among the participants in the tournament. “We will be happy if he becomes one of the spectators,” said Commissioner Blas Vera.

Only prisoners will take part in the tournament. 194 players will be divided into ten teams.

Ronaldinho can hold in a Paraguayan prison for up to six months. Local authorities justify this measure by the risk of escape.

39 year old Ronaldinho and his brother Roberto arrived to the country on March 4. The Brazilians were detained after a search in a hotel room, where police officers found fake Paraguayan passports in the name of an ex-Catalan player in Barcelona and his brother.

Braw Stars Tips: how to get trophies and improve your gameplay