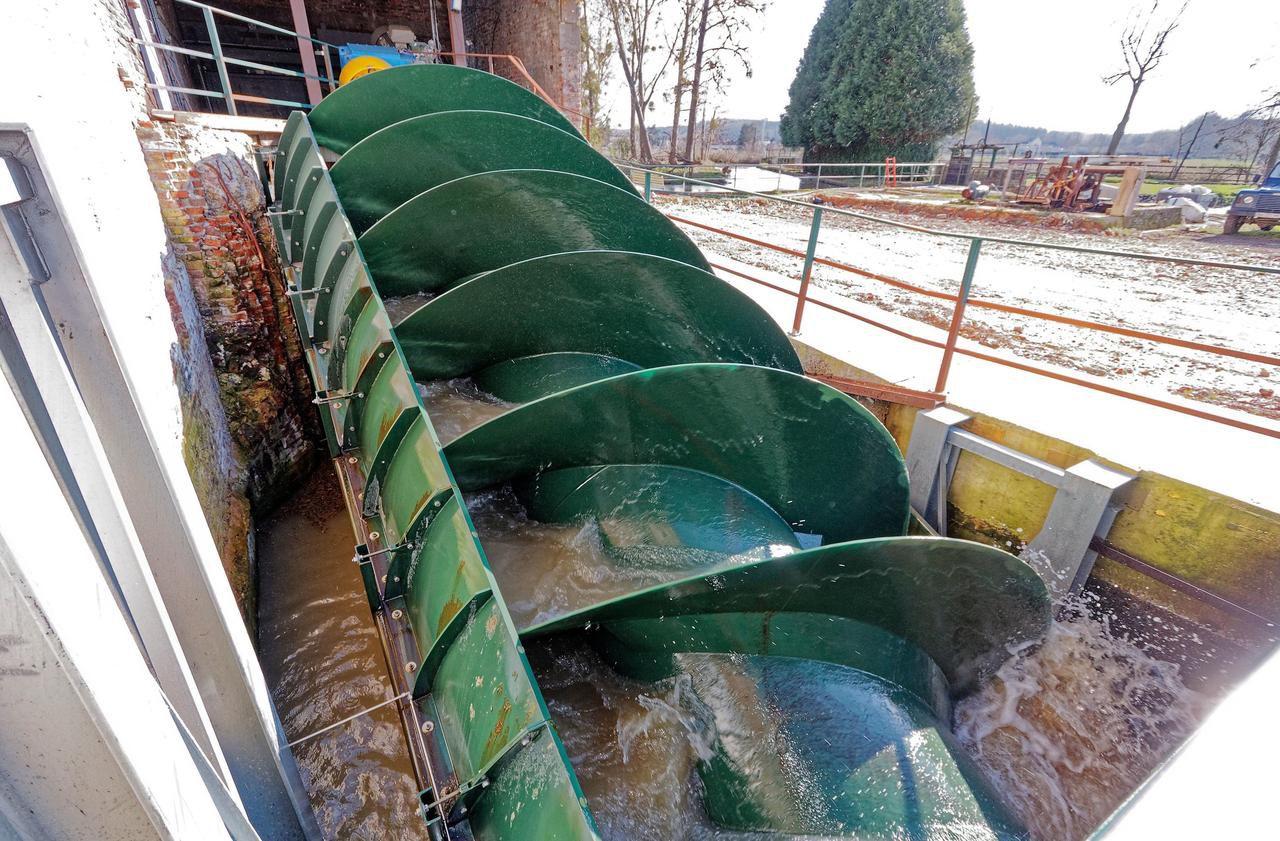 On the 145 km of the Risle course, between Orne and Eure, hundreds of old water mills line the banks, most often owned by individuals. After World War II and the era of cheap oil, these facilities ceased to be profitable. But the price of black gold and new ecological imperatives are about to give a second lease of life to the old principle of Archimedes and to the screw that produces electricity 7/7 and 24H / 24. This is how three new power stations were created in the Eure department, the last of which, the Parc mill, in Beaumontel, near Bernay.

“I have been supplying electricity for a long time with a Francis type turbine,” explains Marc Bouttier, the owner of this former flour mill. But with the screw, it’s easy to use and maintain. The weight of the water pushes the snail falling 2.70 m. ”He also does not fail to emphasize,“ the screw is ichthyo-compatible ”. In other words, “migratory fish such as salmon, sea trout and eels can cross the obstacle without being injured”.

After six years of procedures and works and an investment of 300,000 euros, the installation now produces the equivalent of 90kw annually, ie the consumption, without counting heating, of 640 homes. “I sell everything to Enedis at an attractive price. It is real, beautiful and clean green electricity, ”says the operator.

And yet, before being able to admire the whirlpool and hear the song of the water feeding the turbine, “the road was difficult”. “Even if the mills have the right to produce without authorization, a notification from the prefecture is required,” explains Pierre Meyneng, president of the Association Valorisation du Patrimoine Hydroelectricrique (VPH). “And it is there,” continues this owner of two micro hydroelectric power stations, that two policies overlap in certain regions. One which consists in favoring the safeguard of the inheritance and the development of new energies and the other which favors the renaturation of the river, which wants to remove all traces of man. “

If he approves the regulations which oblige the owners of mills to install fish passes, Pierre Meyneng notes that the State advocates at the same time the leveling of the installations and subsidizes the demolitions. “250 mills have disappeared in Calvados and Seine-Maritime. There is however a big energy potential but also of valorization of the architectural and natural heritage ”, he insists. If only to prevent flooding, protect water resources, flora and fauna. “It’s our fight,” he says, seeing in the Eure alone “more than a hundred possibilities.”

Coronavirus symptoms usually take 5 days to appear, according to a study