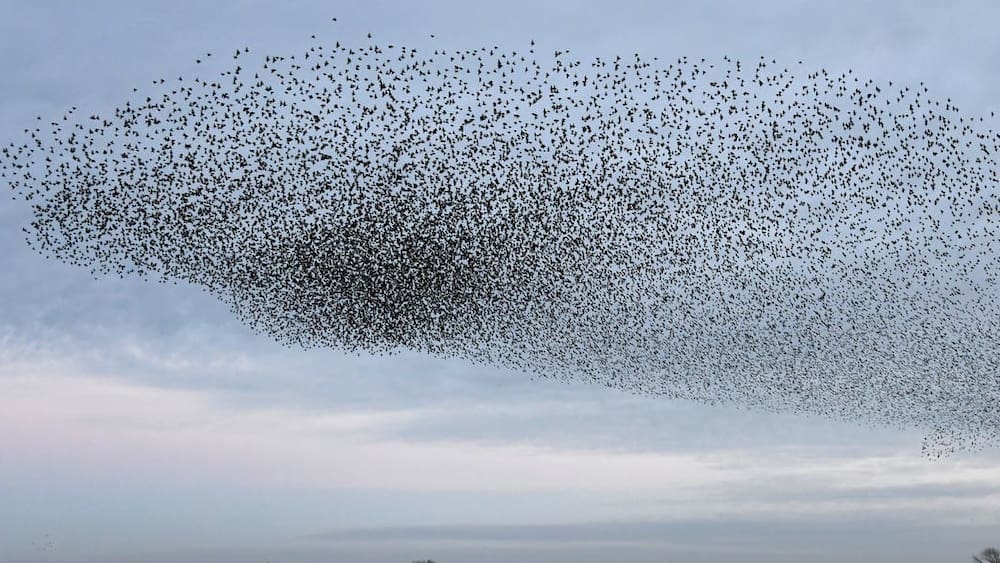 Not a pretty sight: In the Thurgau village of Triboltingen, around 120 birds fall “like stones from the sky” like that «St. Galler Tagblatt » reported. The incident occurs on the last day of February. Most of the starlings lay dead on the main road, some others were on the adjacent meadow.

“A third was still moving its wings, the remaining birds were dead,” an eyewitness told the newspaper. Several drivers passed the bird crash site, immediately alerted the police and set up breakdown triangles.

Since a crime can be ruled out, the Thurgau cantonal police handed over the incident to the responsible hunting and fishing administration in Frauenfeld. An employee of the head of department Roman Kistler made his way to Triboltingen, collecting the birds.

Roman Kistler told the Tagblatt that he had never experienced anything like this. He only knows of such incidents from hearsay. As the cause of death is unknown, some of the birds were handed over to the Center for Fish and Wildlife Medicine at the University of Bern. “The starlings are bleeding from the lungs and have suffered trauma,” says Marie-Pierre Ryser, head of the wildlife department, to the newspaper. Poisoning or illnesses can be excluded as a cause of death.

Did the birds hit a building?

For Ryser, the starlings’ deaths remain puzzling. Though thousands of birds fly in a large flock, it is unimaginable for them to crash because of this. The death of birds remains a mystery even for experts – the weather hardly played a role either. The temperature was mild on that day.

Livio Rey from the Sempach bird observatory is considering another cause: the starlings could have flown in the glass panes of a large building. But according to the “Tagblatt”, there are no large and tall buildings near the crash site. Another cause of death for Rey is a collision with a truck.

Despite a series of speculations, it is still in the stars, which is why the starlings fell dead from the sky. Roman Kistler: “We will probably never know.” (dzc)