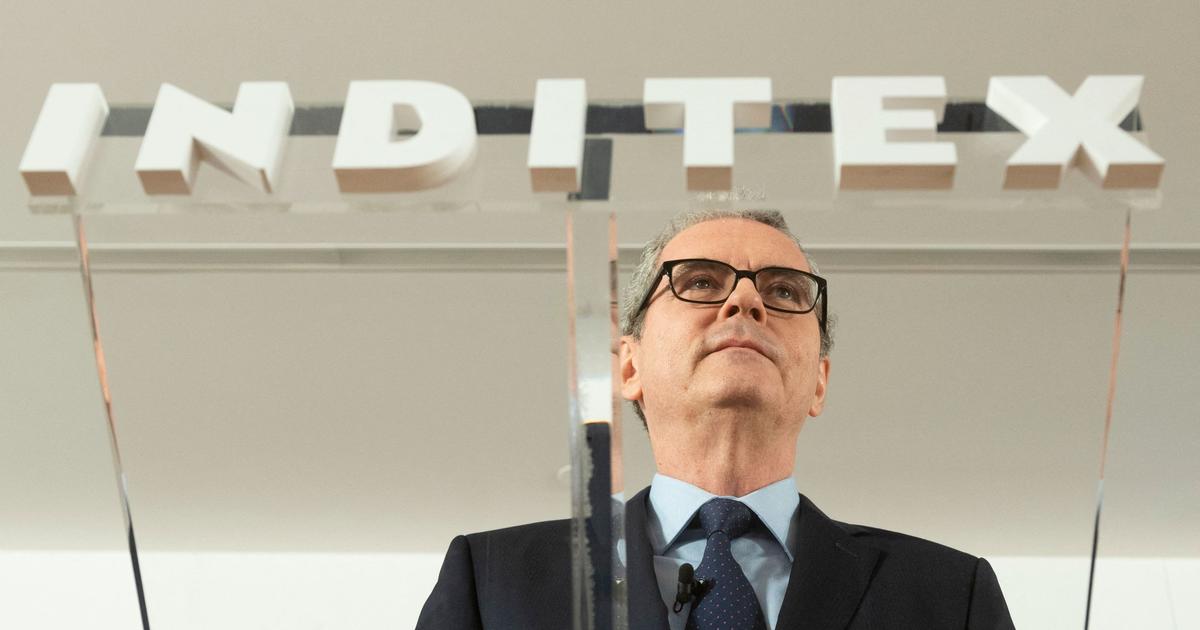 The Spanish ready-to-wear giant Inditex almost tripled its profit last year, despite the impact of the Omicron variant on its sales, which should again be strongly affected this year by the consequences of the war in Ukraine.

The world leader in clothing, owner of the Zara, Bershka and Massimo Dutti brands in particular, generated 3.24 billion euros in profits in its staggered financial year, which ended on January 31, 2022, an increase of 193% compared to the previous year. 2020 figure (1.1 billion).
Its turnover reached 27.7 billion euros, compared to 20.4 billion in 2020. Online purchases in particular increased by 14% in one year and now represent a quarter of sales. Inditex, the group said in a statement.

These results are nevertheless lower than market expectations: analysts polled by the financial information provider Factset predicted, in fact, a profit of 3.7 billion euros and a turnover of 28 billion euros.

The ready-to-wear giant explained this difference by the impact of the Omicron variant of Covid-19, which affected “in a significative way» clothing sales at the end of 2021, with temporary store closures in several countries.

This situation “caused an extraordinary impact of 400 million euros in the fourth quarter“, Details Inditex, which specified that sales had recovered”a positive dynamic” during the “start of the spring/summer 2022 campaign».

The Spanish textile group, leader in inexpensive fashion ahead of the Swedish H&M, had seen its profits plunge in 2020 due to the health crisis, which had forced it to close a large part of its stores for several weeks.

This situation prompted the clothing giant to strengthen its presence on the Internet and to accelerate the reorganization of its stores, to concentrate its activity in a more limited number of stores, located on the most prestigious arteries.

Read alsoInditex, parent company of Zara, tripled its profit in 2021, to 3.24 billion euros

«After two years of pandemic, these results demonstrate the great adaptability“of the company and its employees”in all kinds of circumstances“, underlined in the press release the president of Inditex Pablo Isla, who will leave his functions on April 1st.

Pablo Isla, who led the group since 2011, will give way to Marta Ortega, daughter of Spanish multi-billionaire Amancio Ortega, founder and main shareholder of Inditex. The latter will be assisted by the new general manager, Oscar García Maceiras.

This generational change, which has raised fears among investors, comes at a complicated time for the textile group, whose prospects are clouded by the war in Ukraine and the sanctions imposed on Moscow.
The Spanish giant, which brings together eight ready-to-wear brands, announced in early March the suspension of its activity in its 502 stores and on its online shopping sites in Russia, one of its main markets in the world. world after Spain.

See also  In Lille, it is possible to get vaccinated at the local café: "It's reassuring and more fun"

Read alsoWar in Ukraine: the Spanish Inditex (Zara) suspends its activities in Russia

The group did not specify what the impact of this decision would be on its sales. But, according to analysts, it should significantly reduce the results of the company, which achieves nearly 10% of its sales and 8.5% of its operating income in Russia.

«Russia is a very important market for Inditex“, underlines Alfred Vernis, professor of strategy at the Esade business school and ex-executive of the textile group, for whom the war in Ukraine will have “a big impact» on the activity of the group.
At issue: the direct effects of the war, with store closures, but also its indirect effects on the global economy. “Food and energy prices will rise and the share of the budget spent on clothing may fall“, he details.

A situation all the more complicated that Inditex will see its margins cut by the rising cost of transport. “The exact impact is currently difficult to assess because it is not known how long the war will last. But the context does not encourage optimism“Judge Alfred Vernis.