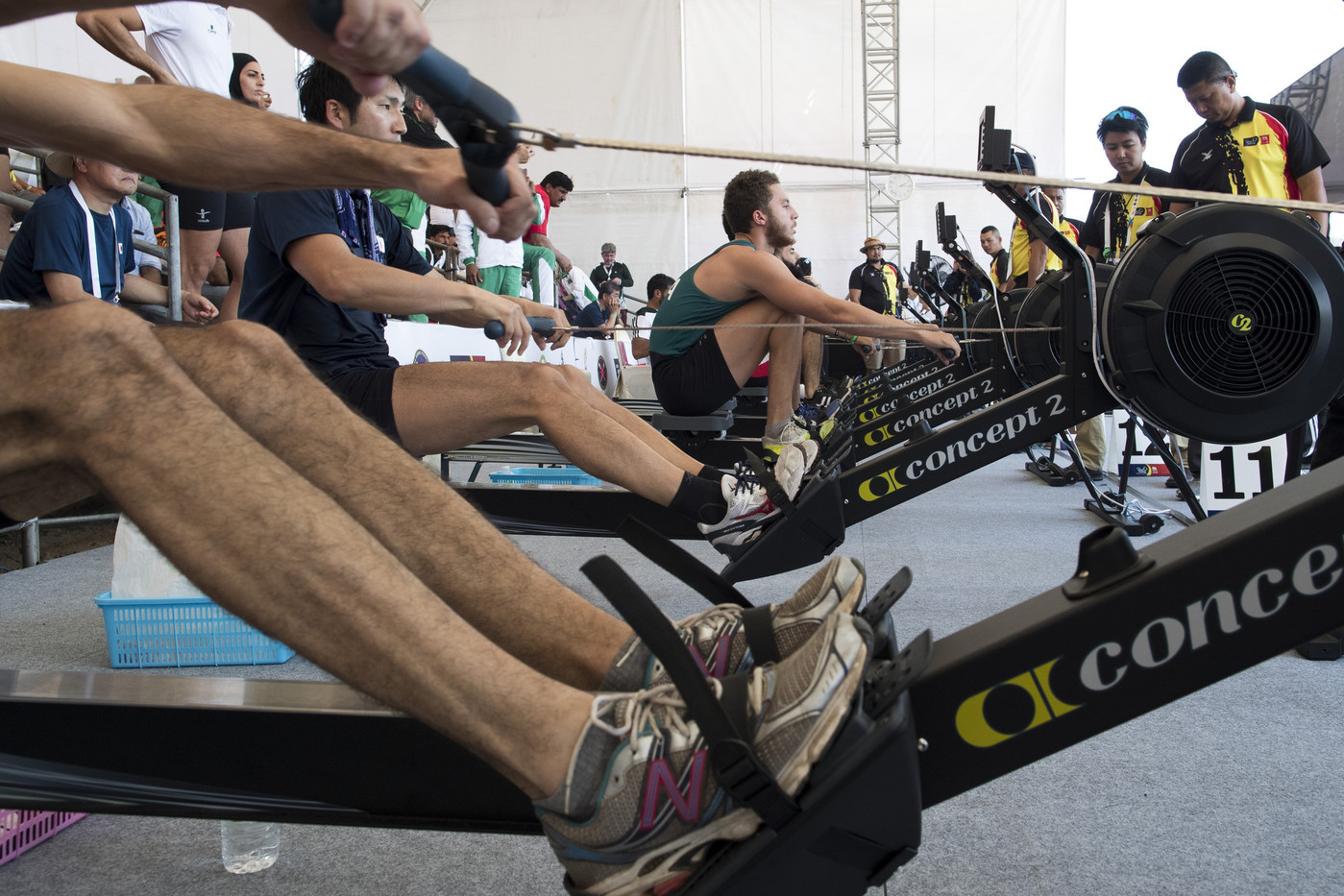 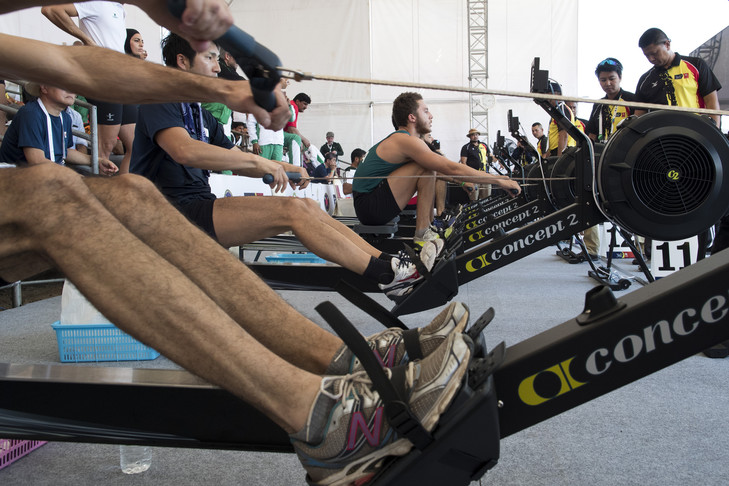 It’s a discreet revolution which is gradually gaining ground in 4,500 fitness rooms spread across France and bringing together nearly six million people. In these places, we continue to lift cast iron and dance in rhythm, but a good part of the time is now spent rowing, running or pedaling. Quite simply. As in nature? Almost ! The exercises take place on devices – treadmills, rowers or stationary bikes – which closely reproduce the conditions of outdoor practice.

3,000 rowers in Coubertin Hall, in Paris

After climbing (read below), rowing has taken the lead in indoor sports. It is no coincidence that it is the first to organize, at the Pierre-de-Coubertin hall, in Paris, a world championship (the third, after two editions in the United States), during which 3,000 participants will ” compete on all distances, from 500 m to the marathon.

It all started for rowers in the 1980s, with the development of the first ergometers, these rowers without oars, where the gesture consisted in pulling towards themselves a handle connected by a wire to a pulley. “Our champions started using them as training tools, then the ergometer gradually became a practice in itself”, explains Juliette Duchemin, head of development at the French Rowing Federation.

This federation launched indoor competitions in winter in the early 2010s, which are now almost as crowded as summer water jousting. “The indoor allows you to extend the season which ended part of the year. In addition, it is suitable for a new, more individual practice, where the oarsmen are no longer obliged to find friends to help them launch the boat ”, continues Juliette Duchemin, who also points to a semantic revolution, when, in 2013, the French Federation of Rowing Societies removed from its title the word “society”, symbol of the traditional and collective organization of the disciple. In other words, I row when I want and where I want.

“Or rather, when I can, points Michel Rota, president of the Union sport & cycle, employers’ organization overseeing sports halls. Indoor sports mainly concerns women (70% of customers, note), who are struggling to save time and also want more convenience and security. ” This last notion is important, because running or pedaling safely is at the heart of the demands of an increasingly female sports population.

“Our rooms offer more and more spaces reserved for fixed bicycle batteries where you can ride alone or with others – and these spaces are mainly used by women”, continues Michel Rota. A New Zealand company, Les Mills, has even developed a program that is all the rage, mixing pedaling and gymnastic movements on a stationary bike, all in a festive musical atmosphere.

The French Cycling Federation, like rowing, took the bandwagon. It has entered into a partnership with Kinomap, a company offering an application simulating bicycle routes, but also running or rowing. “If he takes the idea of ​​someone going to climb the coast of L’Alpe d’Huez one evening without leaving his home, he can do it thanks to our application. It is connected to intelligent bikes reproducing the conditions of the route, and reporting, on the hardness of the pedals, the percentage of slopes ”, explains Philippe Moity, president of Kinomap.

The connected cyclist can thus climb the famous Alpine bends, following his progress on the screen of his smartphone thanks to the application he has installed against a subscription of a few euros per month. Millions of kilometers are thus offered for rowers, cyclists or runners, who can also participate in connected virtual competitions, during which athletes compete at a distance on common routes.

This latest innovation, already very much in vogue in sailing (virtual races around the world bring together thousands of salon sailors), is also of interest to the world of athletics for long distance races. “Participating in major marathons is expensive and the number of tickets is limited. The organizers are thinking of distance connected carpet races simulating the real route ”, continues Philippe Moity. A track studied by the organizers of Paris 2024, where runners from all over the world could participate in the marathon on a mat from home – in addition to the large public marathon planned to complement the official race.

Climbing has developed over the past forty years on artificial sites, blocks or walls, which have multiplied, especially in schools. A network of rooms specifically dedicated to the practice has gradually been set up in major cities. There are more than 100, which operate on a completely different mode than fitness rooms. The latter are indeed places of fast and solitary practice, while the climbing rooms are intended places of conviviality where one can come with family or friends.

Corona virus: How a student from Wuhan made it to Kiel