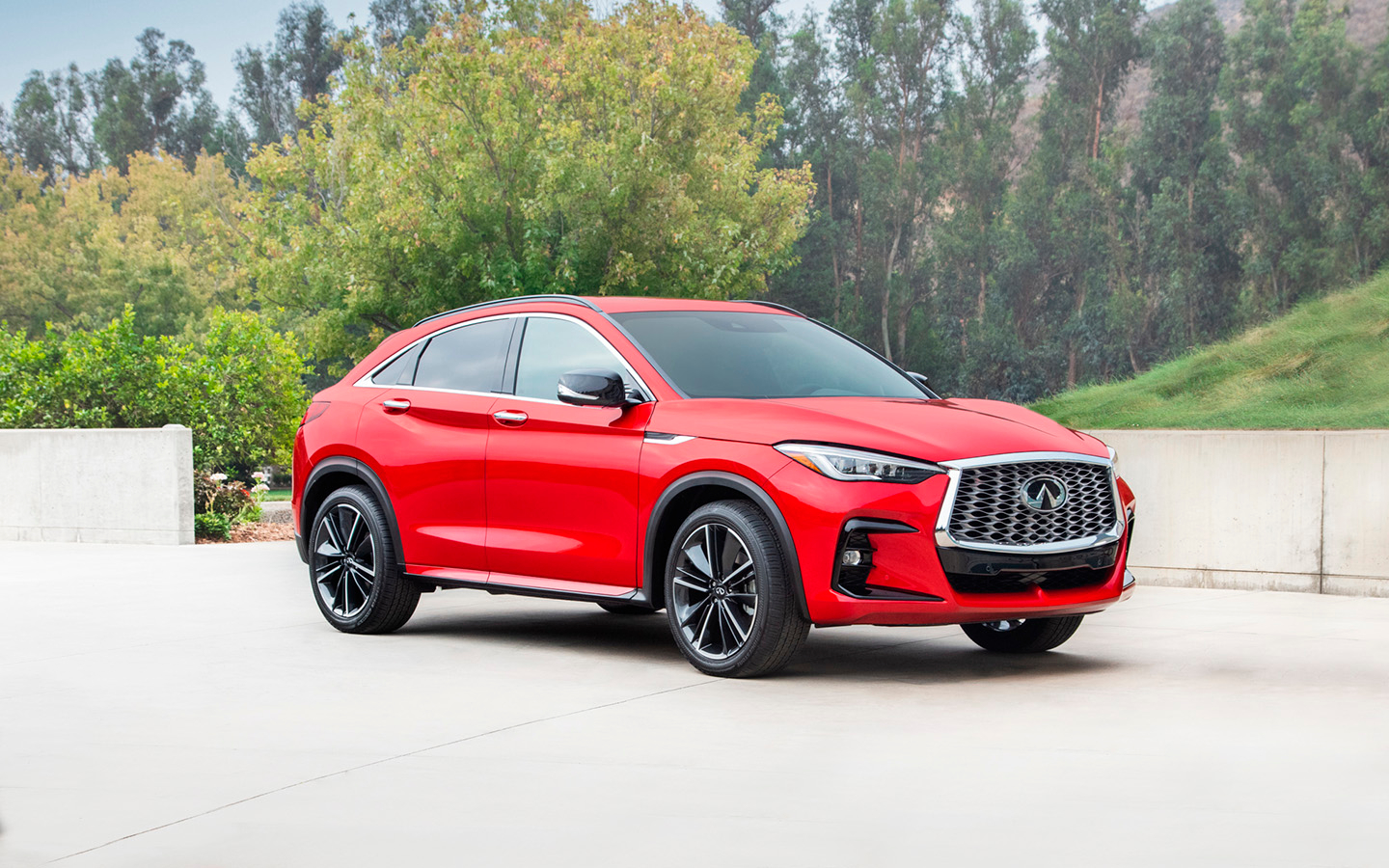 Infiniti has introduced the QX55 coupe crossover, which is positioned as the ideological successor to the FX model. Nostalgic feelings should be born not only thanks to the piled-up rear pillars, but also to the general approach to design: there are embossed sidewalls, and almost hypertrophied ribs on the hood, and a large radiator grille. However, in fact we have before us only a variation on the already sold QX50 – technically the two models are almost identical.

The coupe-like version is 39 millimeters longer than the regular one, but the wheelbase of the cars differs less than a millimeter, and the difference in chassis settings comes down to subtle calibrations that should make the QX55 a little sportier. There are no revelations in terms of interior decoration: with the exception of a couple of designer touches and a different color scheme, this is still the same QX50 – with a certain charm, cool materials, but hopelessly outdated electronics.

So far, only one engine has been announced – this is an outlandish two-liter VC-Turbo with a variable compression ratio. The Japanese were the first to implement this technology in a production car and promise to extend it to other engines, but right now everything is again exactly the same as the QX50: 249 horsepower and 380 Nm of thrust. This engine is combined only with a variator and all-wheel drive, in addition, all configurations, except for the base one, will be equipped with adaptive steering without physical connection of the steering wheel and wheels – again like on the same QX50.

See also  The Federal Council wants a permanent fund for ...

In a word, technically, the coupe-crossover does not carry any revelations, but Infiniti hopes for good sales both in the main US market and in Russia – if customers believe that this is almost an FX, only more modern, more convenient and more practical. At the same time, the Japanese ignore the theme of brutality and power, which the previous model is remembered for: right now there are no charged versions for the QX55, and a 406-strong “six” from the Q60 coupe under the raised bonnet can not be expected.

It’s ridiculous to talk about prices in the current situation: the Infiniti QX55 will enter the American market next spring, the crossover will reach Russia later – but no one knows exactly when and in what trim levels. A regular QX50 is now offered at a price of 3.1 to 4.3 million rubles, and a BMW X4 or Mercedes-Benz GLC Coupe of the same power will cost more: with 4.3 million of their configurations are just beginning, while Infiniti will already be in the most complete minced meat.