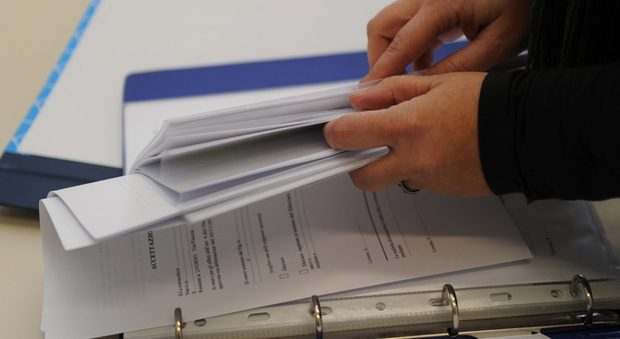 To correctly address a succession it would take a will. It can be drawn up in the form of a public act: offers greater guarantees regarding the validity of the testamentary provisions, provided that the notary certifies the full capacity of the testator; moreover, the document cannot be stolen or destroyed as it is held by the notary. The alternative is the holographic will on the other hand, it can be more easily stolen or destroyed, as well as attacked in terms of contesting the ability of the testator to understand and will at the time of its drafting; moreover, it lends itself more to satisfying situations in which you want to dispose of your assets and there is no time to go to a notary. In the absence of a will, with indication of heirs or if they are unable or unwilling to accept the inheritance, the rules of legitimate succession as well as regulated by articles 565 and following of the Civil Code. It should be remembered that if the spouse and one or more children are mentioned among the heirs, the latter cumulatively entitled to the so-called “legitimate”, half of the assets (to be divided equally between them). The spouse is entitled to the other half, provided that the testator has not indicated a specific beneficiary, even outside the family: the so-called available share, which is worth a maximum of one quarter of the assets of the entire estate.

Once the succession structure has been defined, particular and specific situations can be envisaged, for which more suitable instruments can be envisaged. For the transfer of company shares in a company, the family pact can be more usefully used. It is a contract which must be stipulated, under penalty of nullity, by public deed; in particular, the Civil Code provides that the spouse and all the subjects who would be legitimate if the succession were opened on the date of the stipulation of the agreement, in addition to the settlor and beneficiary (or beneficiaries).

To the non-assignees of the company the right to obtain from the beneficiary of the company itself, the payment of a sum of money corresponding to the value of the legitimate shares due to them, on the basis of the value attributed to the company by the family agreement, is recognized, without prejudice to their right to renounce the liquidation. The advantage of this option is certainly that of avoiding the disintegration of the company. To program the generational change you can also prevent the opening of a succession by accessing the formula of the donation in life, a public deed, drawn up by a notary, which, in any case, must always be subject to the legitimate quota envisaged for the direct line heirs. For tax purposes, inheritance and donation fall under the same legislation, which provides for a deductible of up to one million euros, which includes all assets that fall in succession. Inheritance taxes, exceeding the deductible, range from a minimum of 4% to a maximum of 8% depending on the degree of kinship of the heir. Other tools can be arranged in view of the generational transition: for example, the destination constraint pursuant to art. 2645-ter of the Civil Code for the realization of interests worthy of protection. Only real estate and movable property registered in public registers (for example cars) can be assigned to this constraint. The Trust it constitutes an efficient and flexible protection tool, even if it involves the dispossession of personal assets and higher administrative costs. Provides the transfer of assets to a third party, the trustee, committed to paying the heirs the fees agreed upon at the time of signing. You can proceed with the establishment of a real estate company, unless the small amount of real estate advises against it. So how can you create one Static fiduciary, which provides for the establishment of a company (a spa or an srl), through the underwriting of all the subjects involved, the settlor and the beneficiaries, to guarantee the transfer of assets and a consequent, insured annuity.

📰 Delayed chromosomes among the causes of infertility