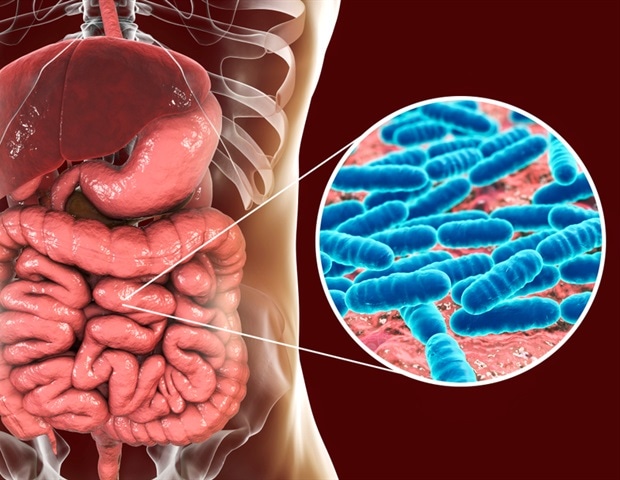 According to experts, PAH occurs when the arteries that supply blood to the lungs are narrowed and the blood supply is compromised. This results in symptoms such as palpitations, shortness of breath and tiredness. The pressure inside the arteries of the lungs increases and this can cause the right side of the heart to fail. This is a progressive condition and can be debilitating and even life-threatening. This team of researchers has found a connection between PAH and the normal bacterial flora in the intestine. This bacterial variety inside the intestine is called a microbial flora. This new study reveals that specific types of intestinal flora could predict PAH by up to 83 percent.

According to lead researcher Mohan Raizada, a professor in the department of physiology and functional genomics at the College of Medicine of the University of Florida in Gainesville, Florida, “We have shown for the first time that specific bacteria in the intestine are present in people with PAH. While current PAH treatments focus on the lungs, looking at the lung / intestine axis may open the door to new therapies centered on the digestive system. “

For this study, the team included 18 patients who were diagnosed with type 1 PAH. These patients had pulmonary blood pressure of 57.4 mm Hg. They also included 13 participants who were healthy volunteers. The intestinal flora in all participants was collected and genetic studies were used to compare the prevalence of different types of bacteria in the participants’ bowels.

The results revealed that in people with PAH there was an increased synthesis of “arginine, proline and ornithine” by the bacterial flora. Bacteria in PAH patients also showed an increase in “trimethylamine / trimethylamine oxide metabolism and purine metabolism” compared to healthy control volunteers. These healthy control subjects also had an increase in bacterial flora containing bacteria such as “Coprococcus, Butyrivibrio, Lachnospiraceae, Eubacterium, Akkermansia and Bacteroides”, which produced more butyrate and propionate. The team then used these images of the flora to predict whether a participant would have PAH and its algorithm was 83 percent accurate using the current analysis. Subsequently, the team performed a viromic analysis of intestinal microbes and found that those with PAH had an increase in the population of enterococcal phages and lower amounts of lactococcal phages.

Raizada said: “We were very surprised to see such an association within a small group of subjects. Usually hundreds of patients are needed to achieve this meaning.” He explained that despite the fact that intestinal microbes change often and with diet, their discovery shows that these bacteria associated with PAH appear to be largely constant. He said: “We believe these particular bacteria are constant.”

As a next step, the team wants to test their findings in large populations. They expect that with high levels of accuracy, detection of these typically abnormal gut microbes could help healthcare professionals diagnose PAH early. At the moment, the diagnosis of PAH has required invasive cardiac catheterization which may be needed when symptoms become apparent. With a diagnosis based on intestinal microbes, the condition could be diagnosed earlier. The team also added that devising ways to correct microbial flora for a healthier microbiota could help treat PAH or at least stop and slow the progression of the condition. Raizada signed, “There is still the question of whether the specific microbiota associated with PAH is the cause or result of the disease; therefore, more research is needed.”

This study was supported by the National Institutes of Health (NIH), the National Center for Research Resources and the United States Department of Defense.