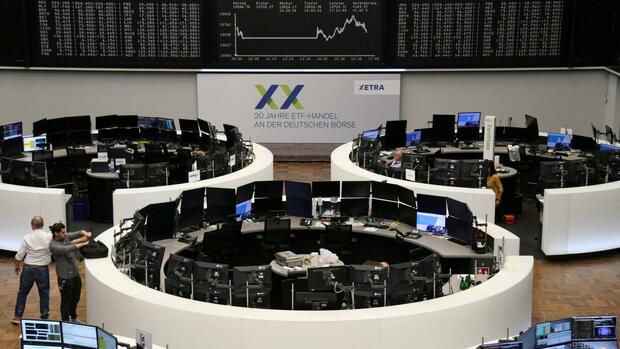 Private investors do not believe in a sustainable recovery in the stock markets. The institutionalists are braver.

Dusseldorf The rising prices on the stock markets also have an impact on the mood of investors: They see the current situation much more relaxed than in the past few weeks. This is shown by the evaluation of the current Handelsblatt survey Dax-Sentiment, in which more than 3,500 investors are interviewed every week.

Despite the price gains and the more relaxed mood, sentiment expert Stephan Heibel remains with his assessment. “With prices going up, investors should continue to sell positions that they would not keep in a sell-off wave,” he says.

Investors should not run after the higher prices either, because the current quotations would reflect a great deal of hope – in his view, too much hope. The new company figures in the coming days and weeks should make valuations more realistic.

For weeks, Heibel has been warning of another setback, a second sell-off wave. Because according to sentiment theory, panic selling behavior is necessary for a floor from which prices can rise again.

At the same time, expectations for the future must collapse and investor optimism will turn into pessimism. “This has not yet been observed, and therefore there can be another wave of sales at any time, which will lead the Dax back to the lows at the end of March,” says the managing director of the analysis company AnimusX. As a reminder: On March 16, the Dax had dropped to 8255 points. 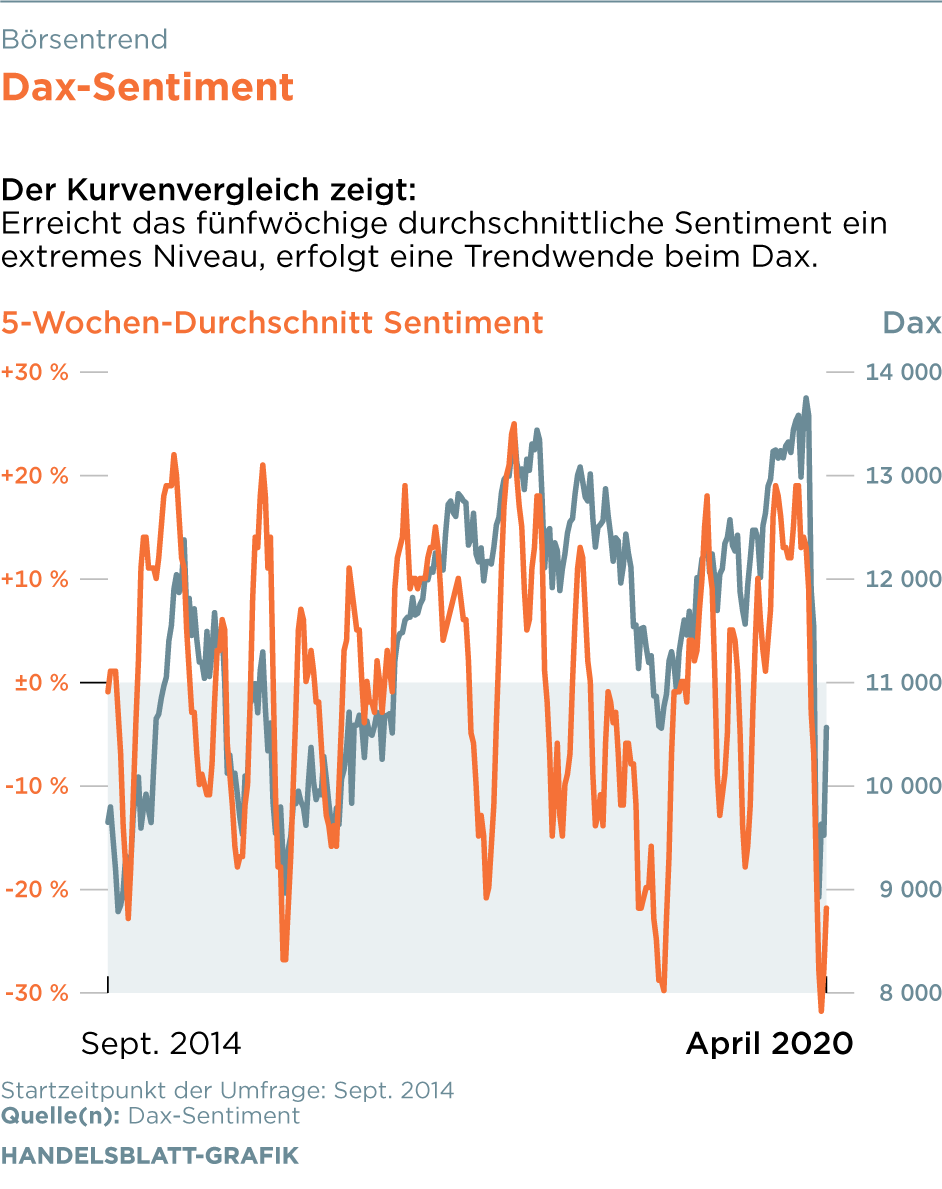 But optimism about the future is already waning significantly, contrary to the rising prices. According to Heibel, this could enable a second scenario on the markets.

Because if prices rise faster than many investors can take new positions, the price increases are considered unsustainable. Investors then believe in a technical rally, an intermediate recovery in the intact downward trend. Their belief in rising prices continues to fall until the pessimists gain the upper hand.

In this scenario, there would also be a second sell-off wave. “But it is no longer absolutely necessary for the Dax to slide back to the lows from the end of March,” explains Heibel.

In which cycle phase do you think the markets are currently in?

In this case, pessimists could gain the upper hand at a significantly higher course level, which would create a further prerequisite for sustainably rising courses. Why is pessimism so important? Every sustainable rally needs pessimism, because then only a few investors have bought and a lot of capital can still be used. A rally usually runs along a wall of doubt, is called a stock exchange wisdom, which is also an important part of sentiment analysis.

The DAX plus of eleven percent in the past trading week brightened the mood among investors by leaps and bounds. This shows the current evaluation. After the doomsday mood of the past few weeks, the sentiment currently only reaches a value of minus 0.5, which is almost neutral.

The leading German index has lost around 20 percent of its value since the beginning of the year. But that’s no longer the yardstick. Investors are looking to the gradual lifting of quarantine measures.

Have your expectations for the Dax been met in the past week?

But the survey participants remain unsettled. The value of minus 2.8 when asked whether the expectations for the past trading week have been met remained unchanged despite significant DAX gains. This value usually increases – and with it the complacency of the investors – in parallel with higher share prices.

“Investors apparently missed the recovery in the Dax,” concludes the AnimusX managing director. Even those who got out early didn’t get back in and now have to watch the higher courses.

Future expectations are at 1.0, the lowest level since the outbreak of the corona crisis. The optimism of the past few weeks, when investors still viewed the crash as a cheap buying opportunity, is fading. There are concerns about whether a restart of our economy can really succeed so smoothly.

And these concerns also prevent investors from wanting to take new positions in the next two weeks. Willingness to invest has dropped to 1.7, which is also the lowest level since the outbreak of the corona crisis.

Which cycle phase do you expect in three months?

Institutional investors and private investors show an opposite picture. The investor professionals who trade on the Frankfurt derivatives exchange Eurex are comparatively brave. They sold their hedges against falling prices in the rally last week and are more likely to speculate on further increases in prices.

Private investors, on the other hand, do not believe in a sustainable recovery on the stock markets and use put notes to hedge against a renewed sell-off wave.

In the United States, the hedging positions were also partially released, but there is still a long way to go in the long term on the net. The investment rate among US fund managers remains at a comparatively lower 24 percent.

Will you trade in the next two weeks?

US private investors expect prices to fall: the bull / bear ratio stands at minus 15 and indicates a clearly “bearish” mood.

The “fear and greed indicator” of the US stock markets, calculated on the basis of technical market data, only signals moderate fear with a value of 33 percent. After the extreme fluctuations in the past few weeks, in which the value was only slightly above zero, the current situation can almost be described as neutral. Short-term technical indicators suggest an impending price correction for the US stock market.

Teaching and learning medicine with virtual reality: “navigating” through the human body