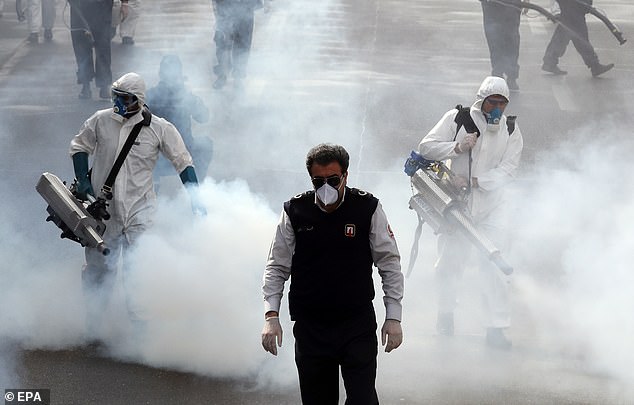 The death toll for the Iranian coronavirus rose to 611 after the country confirmed another 97 victims and an increase in the number of cases.

Health Ministry spokesman Kianoush Jahanpour said that “1,365 new causes have been added to the number of infections in the past 24 hours,” bringing the total to 12,729.

Jahanpour reported at a televised press conference that over 4,300 of those with confirmed infections have recovered so far.

It comes when the pandemic begins to spread to Africa, with Guinea, Mauritania and Rwanda suffering from their first patients.

The death toll for the Iranian coronavirus rose to 611 after the country confirmed another 97 victims and an increase in the number of cases. Pictured: Firefighters disinfect the streets of Tehran 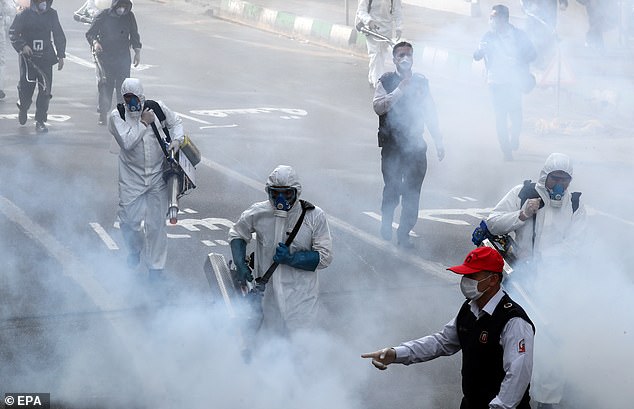 Health Ministry spokesman Kianoush Jahanpour said “1,365 new causes have been added to the number of infections in the past 24 hours,” bringing the total to 12,729.

The province of Tehran, capital of Iran, recorded the highest number of new cases with 347, followed by Isfahan with 155 and the northern region of Alborz with 134.

“Of course, the number of confirmed cases will increase even more” when Iran accelerates sampling and laboratory tests, Jahanpour said.

The outbreak in Iran is one of the deadliest outside of China, where the disease originated.

But Tehran’s markets were still crowded despite calls for people to stay home, with many shops in sight of the country’s New Year holidays beginning March 20.

The ministry said on Friday that the average age of those who died was 67. The youngest was a three-year-old leukemia patient and the oldest 91-year-old. 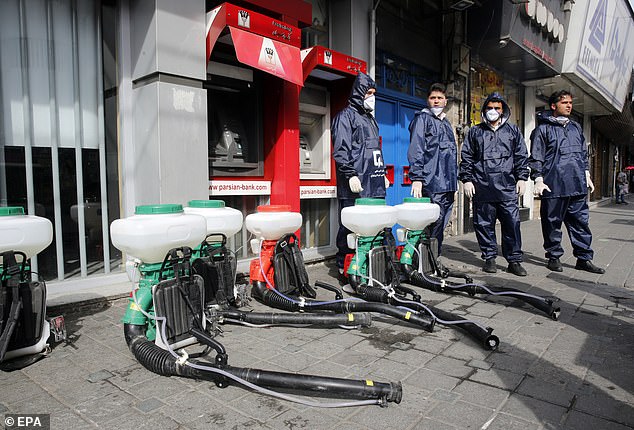 The outbreak in Iran (pictured) is one of the deadliest outside of China, where the disease originated 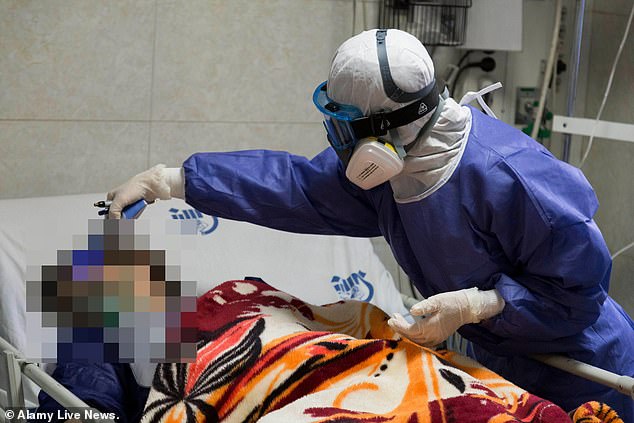 Four times more men than women died of coronavirus. But in some provinces of Iran, alcohol poisoning was killing even more people than the virus.

At least 92 have died from methanol consumption after rumors have surfaced that it may help cure or protect against the virus, and the number has been rising in recent days.

The number of confirmed coronavirus cases in South Africa has also increased dramatically today, up to 38 from 24 on the previous day, the Ministry of Health said, as the government weighs new measures to contain the epidemic.

Seven of the new cases were registered in the economic heart of the country in Gauteng province, six in the tourist center of Western Cape and one in the KwaZulu-Natal province, according to a statement from the ministry.

All 14 of the infected had traveled abroad to countries including the United States, Great Britain, France and Italy, the most affected European nation.

South Africa, Africa’s most advanced economy, first detected the virus on March 5 and the jump in its positive test results comes when the epidemic spreads across the continent with Kenya, Ethiopia and Namibia which report their first confirmed cases. 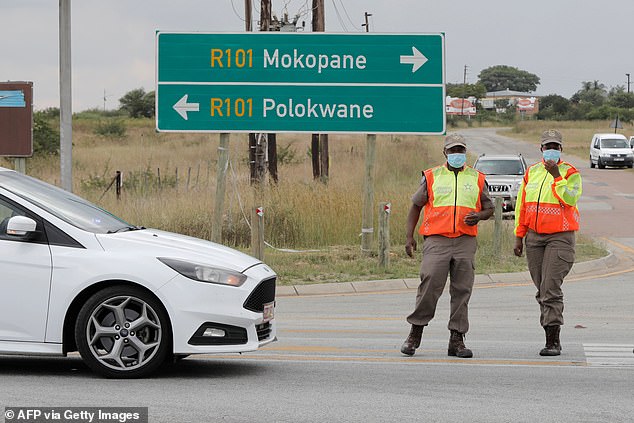 On Saturday, 114 South Africans stuck in the Chinese city of Wuhan during a blockade in the epicenter of the virus were taken home (pictured)

Also on Saturday, 114 South Africans stranded in the Chinese city of Wuhan during a blockade in the epicenter of the virus were taken home to spend between 14-21 days in a special quarantine center in the northern city of Polokwane, in the province of Limpopo.

So far, everyone has shown negative results, said the Ministry of Health.

President Cyril Ramaphosa asked for an urgent cabinet meeting on Sunday to explore ways to step up measures to contain the epidemic, the ministry said.

While countries have stepped up measures to deal with the killer insect, Russia has said it will close its land borders with Poland and Norway to foreigners.

Prime Minister Mikhail Mishustin said the ban will come into effect at midnight and will apply to all international visitors who travel “for professional, private, study or tourism reasons”.

It will not include Belarusians, members of official delegations and residents of Russia. 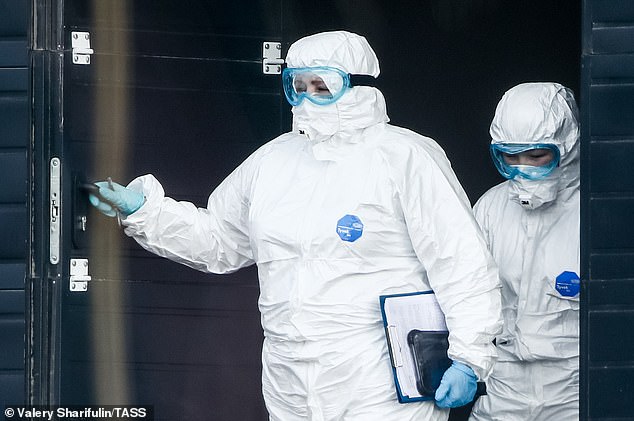 Mikhail Mishustin said the ban will come into effect at midnight and will apply to all international visitors who travel “for professional, private, study or tourism reasons”. Pictured: healthcare workers in Novomoskovsky on Saturday 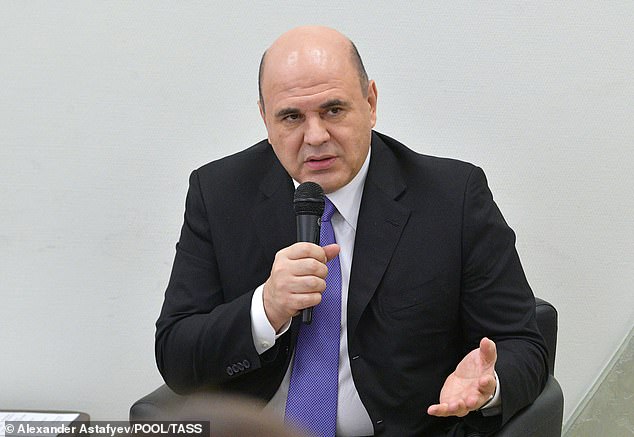 Mishustin is pictured during a visit to hospital no. 1 by Alexander Kostroma on Friday

Since yesterday, Russia has confirmed that it has registered 45 virus cases as the pandemic epicenter spread from Asia to Europe.

Moscow Mayor Sergei Sobyanin said that 24 city residents have been infected and that new measures have been needed to prevent the virus from spreading further.

“Parents will decide whether their child will continue to go to school or whether he will stay at home,” wrote Sobyanin on his website.

“Each family can have different circumstances and the immunity of children is different.” He said the measure would remain in effect until further notice.

Russian authorities monitor passengers returning home and order them to remain in solitary confinement for two weeks even if they do not exhibit any symptoms. 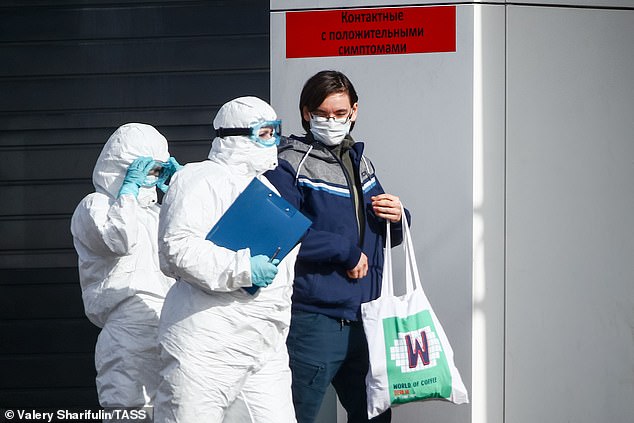 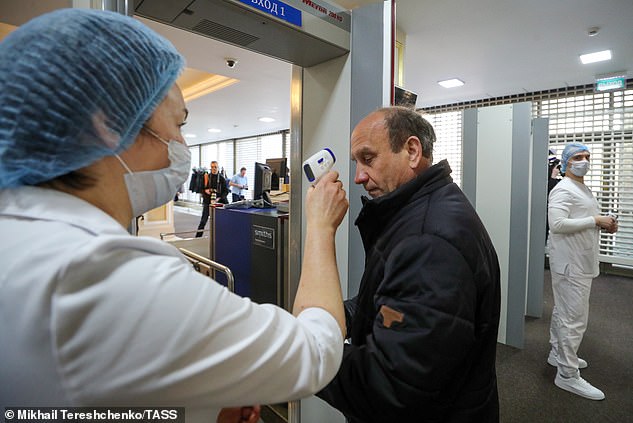 Sobyanin said that people living with those returning from countries highly affected by the virus should also remain in isolation today.

The deadly insect has killed nearly 5,000 people worldwide and infected over 100,000.

In a similar move, New Zealand Prime Minister Jacinda Ardern announced that what he claims will be one of the world’s most severe border restrictions on fighting the virus.

From Monday, all arriving passengers, including Kiwi citizens, will have to isolate themselves for 14 days.

The only countries exempt from the restrictions are a handful of Pacific islands that have not yet had cases of Covid19. 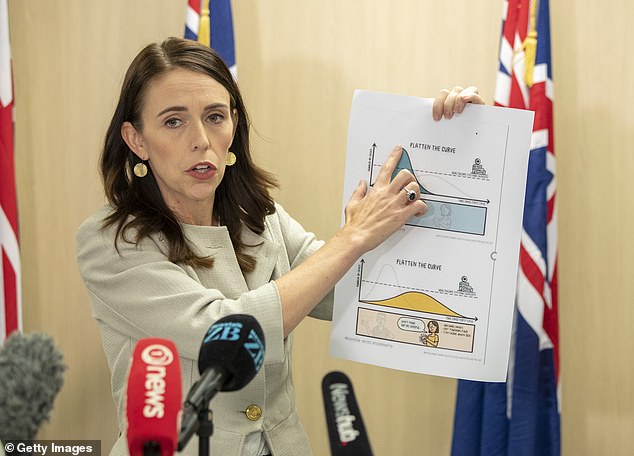 In a similar move, New Zealand Prime Minister Jacinda Ardern (pictured yesterday) announced what she says will be one of the world’s most severe border restrictions to fight the virus.

Jakarta, the capital of Indonesia, will close all schools and order distance learning for at least two weeks starting next week.

City governor Anies Baswedan made the announcement when the number of coronavirus deaths in the country rose to five.

Millions of Italians are locked up for most of the day under the national blockade of the country.

The mayors of many cities, including Rome and Milan, had decided by the end of Friday to close parks and public parks.

Health authorities said too many people were gathering, whether to kick a soccer ball or jog in a group.

According to a government decree issued earlier in the week, people had been allowed to walk, jog or ride bicycles in the parks as long as they kept at least 1 m apart. But not everyone followed the rules. 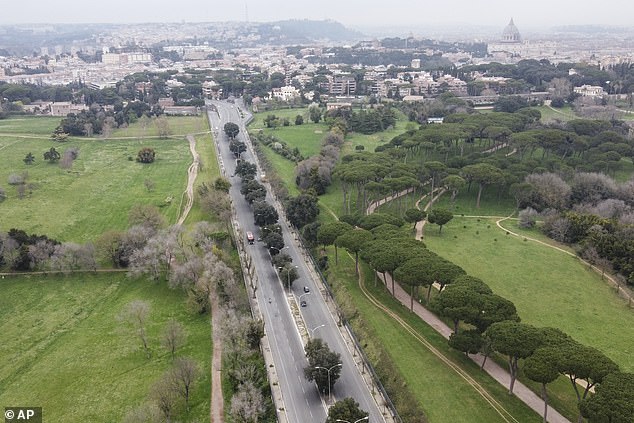 Among the Italian parks whose doors were closed on Saturday was the sprawling Villa Pamphilj in Rome, a hilly expanse of umbrella pines and palm trees on the previous grounds of a noble family 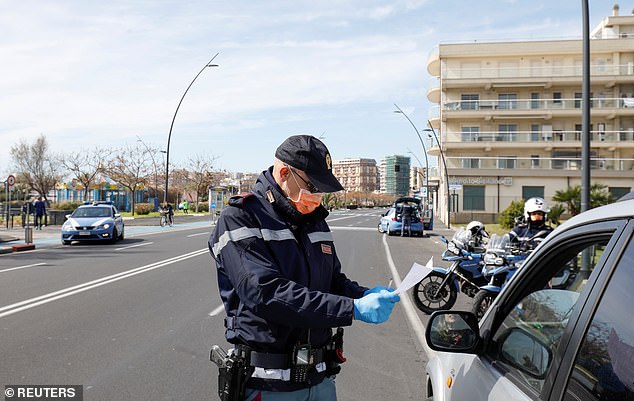 Italy has the largest coronavirus outbreak in the world after China and the death toll has risen to over 1,000. Pitured: Catania

Among the parks whose doors were closed on Saturday was Rome’s sprawling Villa Pamphilj, a hilly expanse of pine and palm trees on a former park of a noble family.

Italy has the largest coronavirus outbreak in the world after China and the death toll has risen to over 1,000.

The Spanish cabinet will meet today to declare a two-week state of emergency and announce further measures to control the coronavirus outbreak.

Patients suffering from symptoms have increased dramatically in the past few days to over 4,000 infections in the country.

The measure would allow the government to limit free movement, confiscate goods and take control of private industries and structures, including private hospitals.

The inhabitants of Madrid, who have about half of the infections, and northeastern Catalonia woke up today in closed bars and restaurants and other non-essential commercial shops, as ordered by the regional authorities.